Imagine you are part owner of a world-class hunt club on the Pacific Flyway. One weekend, a group of men... 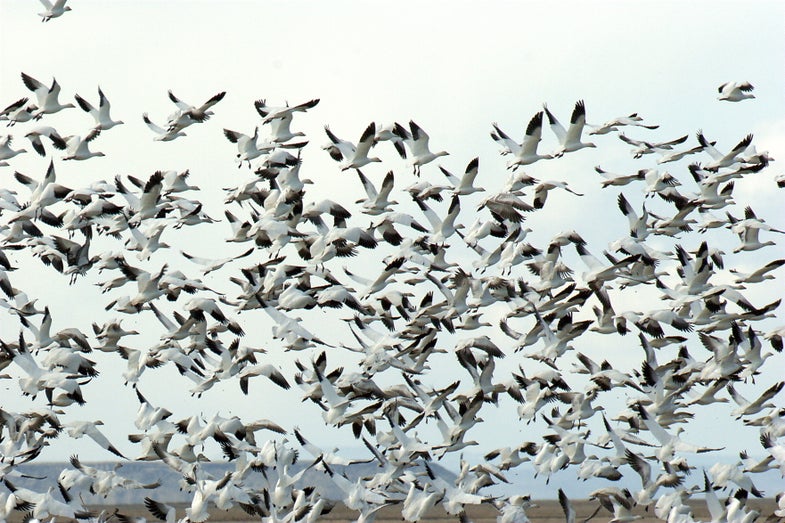 Imagine you are part owner of a world-class hunt club on the Pacific Flyway. One weekend, a group of men walks in, keeps your staff at bay with guns, tears down the fences, and declares you no longer have title to your land.

Fact is, you don’t have to imagine anything. That is exactly what is going on right now near Burns, Ore., at the Malheur National Wildlife Refuge.

You–and the American people–own Malheur, ever since it was established by Theodore Roosevelt in 1908 and expanded over the century with Duck Stamp dollars. A group of rabble-rousers led by Ammon and Ryan Bundy took over the place shortly after New Years. Armed and belligerent, they have taken over the desks of US Fish & Wildlife Service biologists and won’t let them back to work.

The Bundy family has a long-time gripe with the federal government. Back in 2014, their father Cliven Bundy had a standoff with Bureau of Land Management over unpaid grazing fees in Nevada. That conflict remains unresolved, with Bundy still owing the back-fees, but his cattle still roaming federal rangeland.

But this is different. Now the Bundy’s band has traveled to Oregon and taken over Malheur. Among their demands is that the 180,000-acre wildlife refuge be dismantled and become private property.

They have indicated they will hunker down at Malheur until they get what they want. On the other hand, law enforcement has been patient, ready to play the waiting game, perhaps burned over past standoffs at Ruby Ridge, Idaho, and Waco, Texas, that ended in bloodshed. The local Paiute Indian Tribe, the county sheriff, and locals have asked the Bundys to go home, but they remain.

Several leading sportsmen’s groups are demanding the Bundys be held accountable for their actions.

Hunters and anglers across North America have a big stake in this standoff. Malheur is a key stopover for millions of migrating waterfowl every year. Malheur is particularly critical for 300,000 or so snow geese, flying annually to and from California to the Arctic. But it also hosts uncountable mallards, pintails, Canada geese, tundra swan, and other waterfowl. Hunters also come for upland game birds and it provides habitat for pronghorn and mule deer.

While many mainstream politicians have distanced themselves from the Bundy’s tactics, too many share his distaste for public lands,. Presidential candidate Sen. Marco Rubio, R-Fla., said he sympathized with the desires to reduce the public estate, but said it should be done ” within the law.” Meanwhile, Rep. Rob Bishop, R-Utah, has tried to shackle the Land & Water Conservation Fund, the 50-year-old program that provides funds for purchasing lands for habitat conservation and outdoor access.

This standoff could last a while, the political fallout even longer. Sportsmen have much to lose in the crossfire.