To Bait or Not to Bait: The Impacts of Supplemental Feeding on Deer Behavior and Habitat

Few issues arouse passions among hunters and wildlife managers quite so acutely as supplemental feeding. We’re not talking in-season baiting... 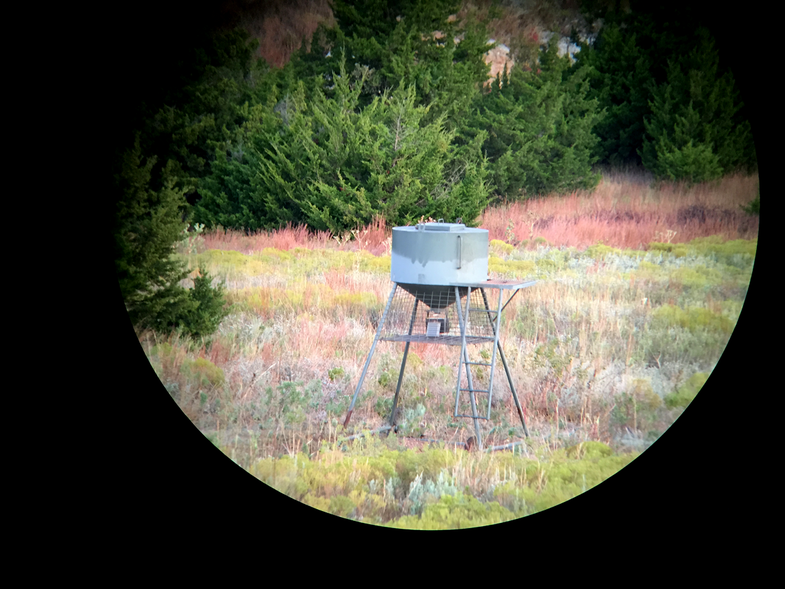 Few issues arouse passions among hunters and wildlife managers quite so acutely as supplemental feeding. We’re not talking in-season baiting here, or even cultivated food plots. Rather, the practice of setting out feed or minerals that are not natural to the environment for the purpose of carrying over more wildlife to the next hunting season.

The topic has been studied by a number of researchers, who have attempted to answer that question of balance, as well as to determine how feeding influences game distribution, daily movement, and wildlife habitat. It turns out, there’s no clear-cut answer, but research indicates that supplemental feed will cause deer to become nocturnal, browse down localized habitat, and change their distribution. Here’s a look at the research.

Deer Movements
The presence of supplemental feed during both the hunting season and off-season can have an impact on how deer move throughout their environment. One of the most consistent findings is that when supplemental food is available to deer, there is a documented shift from crepuscular to nocturnal activity patterns (Ozoga and Verme, 1982).

A crepuscular activity pattern is when an animal is most active at dawn and dusk, while a nocturnal animal is most active at night. Deer are primarily crepuscular, which is why sportsmen rise early and go out before dusk during the hunting season, maximizing their chance to see deer. Not only have deer been documented becoming more nocturnal after exposure to supplemental feed, they also become less dependent on daytime foraging and tend to decrease daytime activity overall as the hunting season progresses (Ozega and Verme, 1982).

So why is that important to know? Shooting hours are typically a half hour before sunrise to sunset. If the deer are becoming more nocturnal when provided with supplemental food, it then creates fewer opportunities for sportsmen to harvest deer. Not only that, but if you prefer a rifle to a bow, you’re typically hunting later in the season, where deer with access to supplemental feed may become less active during the day.

**Home Ranges **
Recent research has shown that bucks with access to supplemental feed during the off-season (post hunting seasons) did not have statistically different home range sizes; however, their home ranges were slightly smaller. The sizes of buck core areas did not change whether they had supplemental feed or not (Cooper et al, 2006). Similar results were found for does, however one of the two studies provided supplemental food throughout a one-year period (Campbell et al, 2006) and that study found that does on supplemental feed used a smaller core area.

Other studies (Campbell et al, 2006; Cooper et al, 2006; and Garner, 2001) documented that when provided with supplemental feed during fall/winter periods, deer home ranges tend to overlap more than those with access to only natural food sources.

This suggests that even if bucks have an ample supply of food, other behavioral needs, like finding does, may cause bucks to periodically venture away from the supplemental feed site. Does are typically sought out by bucks, so they have limited need to stray far from a supplemental food supply, which is why their core area is much smaller. Garner’s work indicates that deer may be honing in an alternative food source, or they may be more willing to congregate in the same area to access a food resource.

Impacts on Habitat
Does supplemental feeding cause adverse impacts to habitat? In a study conducted by Cooper et al in 2006, researchers placed plant species around feed stations and found that those plants were browsed more heavily than those placed in areas where there were no feed stations. In addition, saplings that were placed closer to the feeding station were utilized by deer more than those that were placed farther away.

Those findings agree with previous studies that showed that deer habituated to feed sites visit the location more frequently than normal, and while at the food station they will feed on the surrounding vegetation. This results in a local degradation of the habitat.

The local plant degradation can result in an increase of less desirable or non-native plants as deer reduce the competitive ability of native plants. To reduce the negative impacts of supplemental feeding, it may be a good idea to periodically move the location of these stations so that the surrounding habitat can recuperate from intense browse pressure.

DeCalesta, D.S. 1994. Effect of white-tailed on songbirds within managed forests in Pennsylvania. Journal of Wildlife Management 58: 711-717.