Want an example of how lack of recreational access can sour relationships? Consider the area around Donegal, Penn. Prior to... 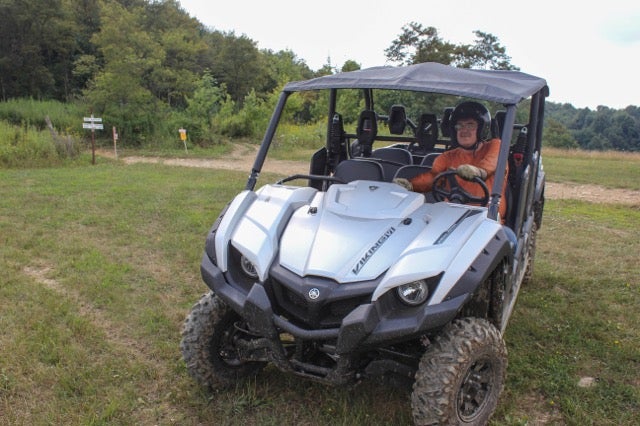 Want an example of how lack of recreational access can sour relationships? Consider the area around Donegal, Penn. Prior to 2000, ATV riders had very little public land where they could ride, and slowly at first, and then more frequently and openly, they started riding on posted private land.

That blatant trespassing resulted in a backlash from landowners who denied access to all ATV traffic and who were forced to constantly police their property against riders. Landowners who were friendly to motorized visitation started denying access to riders out of fear of legal liability. The resulting animosity left property owners and riders at constant odds and with deep mutual dissatisfaction.

In 2000, a group of riders formed the Indian Creek Valley ATV club with the aim of working with willing landowners to build a trail network for club members.

Initially, the club faced challenges from both sides. Landowners who had spent years working to keep ATVs off their land weren’t particularly keen on opening their property to dozens of riders. On the other side, riders who accessed private land—both legally and illegally—fought back against the idea of an organized club that limited access to only its members.

In its early years, club members had to deal with trespassers removing and destroying their trail signs, and surrounding landowners adamantly refused access to club riders. Slowly, however, the club won the favor of both parties, and soon they had established 14 miles of trails on private property, trails that were accessible only to club members.

“ATV and dirt bike riders had a reputation as being outlaws,” says Al Sain, secretary of the ICV ATV Club. “Landowners were leery about having any machines on their property. They were afraid of damage to their land and of liability.”

There was a great deal of pressure, then, for the ICV Club to establish a rapport with local property owners and to embrace local riders who were simply looking for a place to use their machines. The club started leasing more ground and cutting more trails, and members were careful to respect landowner wishes regarding trail design. At the same time, the club began drawing new members from the surrounding area, and over time the ICV ATV Club formed relationships that served to bridge the gap between riders and property owners.

Much of the land around Indian Creek Valley is too steep and rocky for farming, and landowners quickly realized they could profit by allowing the club to cut and maintain trails in return for annual lease payments. Likewise, club members had access to plenty of land—currently 850 acres with almost 40 miles of trails—upon which they could legally ride whenever they liked. Incidences of trespassing dropped, and the club’s reputation for responsible land stewardship encouraged more landowners to open access.

The establishment of the ICV ATV club has not eliminated all conflict between local riders and landowners, but it has incentivized property owners to allow ATV trails to be established on their land while providing access for local riders who, until the club’s establishment, were largely denied access to private ground. By encouraging landowners to view ATVs as a source of revenue and not as a nuisance, the club has helped forged partnerships that have lasted for more than a decade.

The success of clubs like ICV has not gone unnoticed on the state level, either. With more and more private ATV clubs being established across the country, governments have worked to provide additional support in the form of litigation protection for landowners. Such legislation exists in Vermont and West Virginia, where it shields property owners from lawsuits in the event of an accident on their land. This level of protection, along with the financial gain provided by leases, is opening more and more private land to ATV clubs. In addition to the legal and financial incentives, landowners are no longer solely responsible for monitoring the events on their property. Club members helped guard the land against trespassers and maintain trails that landowners can use themselves.

“We respect the landowners,” Sain says, and that respect has helped him open new doors for his club. Over the years, the members have developed trail maps and have opened access to areas that were once impassable. In addition, landowners have the right to restrict access during certain hours or times of the year, a partnership that allows the property owners to utilize the land for hunting and other outdoor activities without completely restricting access to riders. One property owner, for instance, is an avid turkey hunter, and during the spring season some of the trails on his property are closed until noon.

The ICV ATV club and other organizations like it are helping to change the way that landowners view ATVs while simultaneously opening private land to ATV riders. Establishing ATV clubs requires a great deal of work and money, but the rewards are numerous and long-lasting, both for the riders and property owners. The ICV ATV Club has helped open access for riders in Pennsylvania, and it’s critical that other states begin to recognize the success of these clubs and incentivize landowners to provide access to club members. As more and more public lands are closed to motorized vehicles, riders are scrambling to find a place to use their machines, and as the ICV ATV club demonstrates the best option may now be private property.