Not that worldwide tensions between Christians and Muslims need any more fuel, but news out of Florida that caught the... 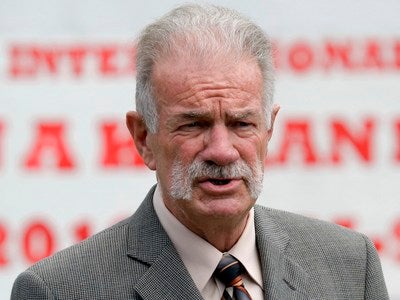 Not that worldwide tensions between Christians and Muslims need any more fuel, but news out of Florida that caught the attention of Muslims in Afghanistan at the end of March has led to rioting and several deaths.

Terry Jones (pictured), the same pastor who last year threatened to burn the Islamic holy book in response to the proposed building of a Muslim Cultural Center near the site of the World Trade Center, has finally carried through on his threat.

Jones burned the Quran at his church Gainesville on March 20, but many Afghans only found out about it when Afghan President Hamid Karzai publicized the act several days later. As more Afghans became aware of the Quran burning, the stress reached a breaking point. Protests erupted on Friday, April 1, in Kabul, and thousands rioted in Mazar-i-Sharif, the capital of Balkh province.

As many as 20 people may now be dead, with almost 100 injured. The dead include several foreign U.N. workers, who were killed after demonstrators stormed a U.N. compound. Though anti-foreign sentiments were strong, there were many more Afghans than foreigners who became casualties of the violence.

President Obama condemned the book burning and extended his condolences to the families of those killed by the protesters. We have yet to see a significant outcry or retaliation of the Quran burning here stateside. I truly hope that this is not the calm before another storm, but I feel we have not heard the last of this.