A Boy Scout troop from Lafayette, Louisiana, went missing after camping last weekend in the Arkansas Ouachita National Forest, a... 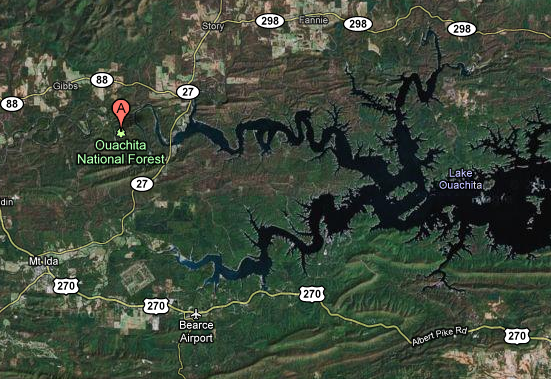 A Boy Scout troop from Lafayette, Louisiana, went missing after camping last weekend in the Arkansas Ouachita National Forest, a sprawling wilderness of 1.6 million acres with 480 miles of hiking trails.

At first, Arkansas State Police had been unable to conduct an aerial search, due to the recent bad weather. A State Police helicopter also joined the search. But authorities weren’t able to locate the group until an Army National Guard helicopter armed with infrared cameras arrived yesterday. All the kids and group leaders were rescued safely.

Before the rescue, the Scouts hadn’t been heard from since Thursday when they arrived at the Albert Pike recreation area. The lack of communication was probably a result of regional flooding that knocked out some of the local communication lines and cell phone towers.

According to a local television station the kids were separated from their leaders by high floodwaters during a 26-mile hike. But the group leaders insist they were never in real danger.

“We had the ability to create fresh water,” Scout leader Jeff Robinson KATV. “We had food. We had shelter. We had everything we needed. It was just a matter of waiting Mother Nature out. She came in a little early and put us a little late.”