When the need for first aid or medicines is a part of your wilderness emergency, it’s great to know how... 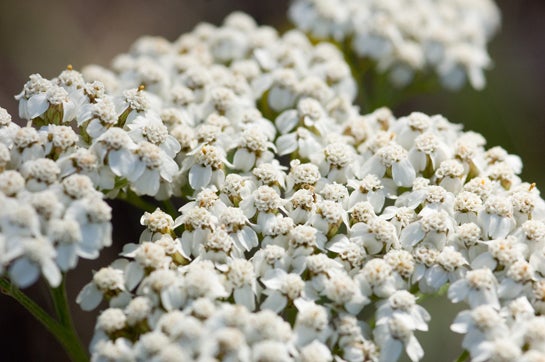 When the need for first aid or medicines is a part of your wilderness emergency, it’s great to know how to use the medicines that surround you in everyday plants and weeds. Native plants and non-native plants were dependable medical resources for previous generations, and we can still find them and use them today. Here are three common and valuable wild plants that you can find in summer.

This plant can be found in fields and open areas coast to coast, but it’s originally from Europe. Yarrow is as close to Neosporin as you will find in wild medicine. The white flowers and the green, feathery leaves can be crushed into a paste and applied to cuts, scratches, and scrapes to disinfect the wound and stop blood flow. Yarrow is also used as an anti-fungal, and when brewed into a tea it can induce sweating to break fevers.

The velvety leaves of mullein have often been called “Hunter’s Toilet Paper.” That could be one use for the plant, but some people have an allergic reaction similar to poison ivy when they use this plant as TP. A better use is a medicinal one. If you catch a summertime cold, chop up a handful of green mullein leaves and place them in a bowl of scalding water. Throw a towel over your head and breathe in the steam for a decongestant effect.

Yellow mullein flowers are available now and they can also be used for medicine. Fill any jar with yellow mullein flowers, then cover them with olive oil. Cap the jar and let it sit for 6 weeks, shaking it every few days. Strain out the medicated oil for earache drops. Put the drops in the affected ear, two times a day. Keep the oil cool and dark and it should last until next year when you can make some more. Mullein is a native plant, which favors places with a dry summer, but it can be found growing throughout the US.

Acorns, become edible after they are fully formed in the fall. The bitter taste that deters many people from using them for food is caused by tannic acid. The unripe acorns that are covering the trees now provide a great source of this healing acid. Pick a few handfuls of green acorns and crack them into pieces. Boil the shells, caps, and nut meat chunks in a pot of water for half an hour. This water should become dark brown and look like tea. Let the liquid cool and use it as a wash for poison ivy, rashes, ingrown nails and hairs, boils, hemorrhoids, and any other inflamed skin condition. You could even use it as a mouthwash–just don’t swallow it. Drinking tannic acid can cause nausea and digestive upset. You’ll find oaks growing coast to coast throughout the northern hemisphere.
Have you made medicine from wild plants? Tell us what you used in the comments.