In a way, traps are like rugged little hunters. They sit out there day and night, at temperatures and in... 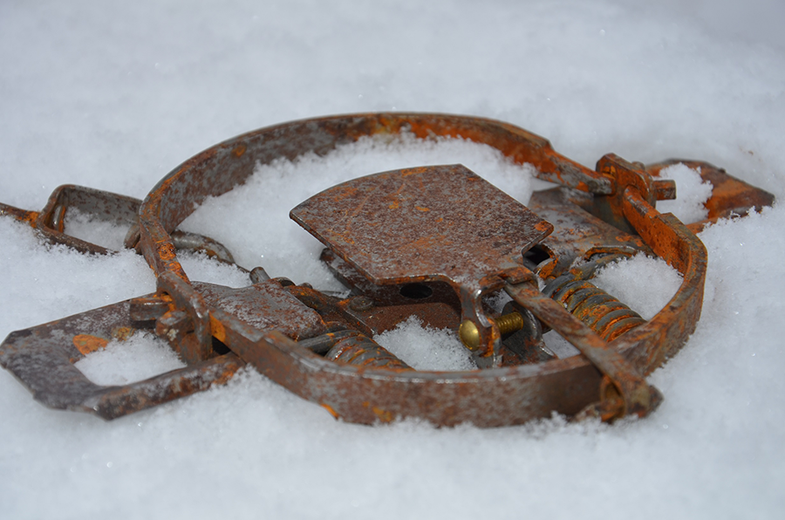 In a way, traps are like rugged little hunters. They sit out there day and night, at temperatures and in places where most folks wouldn’t last too long in winter. But these little hunters aren’t fool-proof. If you’re dealing with experienced critters late in the season, your trap line might not be producing like it should. If these three tricks don’t work for you, it might be time to take up ice fishing.

1. New Baits
This one’s kind of a no-brainer, but we do tend to get stuck in our own ruts, doing the same things and using the same attractants over and over. Perhaps your target animals have begun to associate the bait you’re using with danger. Switching up your bait selection is an easy way to get your traps back to work.

2. New Sets
Near misses in trapping must be very frightening for most animals. There they were, inspecting something interesting, when metal jaws go off right beside them. These animals will become wary, and it may be necessary to switch up your trapping style and try some different sets toward the end of the season. If you’re using Conibears under water, try some dry-land sets that run through natural or man-made “funnels” to direct the animal into the trap. Or, if you’re a dry land trapper, add some bait hanging from a string or a point of interest like a dangling bird wing (where legal to do so) over your foothold beds. Change where you make your sets and how you make them, and you just might change your outcome.

3. Let it Snow
If you’re not careful, your trap sets can be hopelessly buried beneath the winter snows. Plan ahead and prevent the loss of your valuable traps by planning for snow. Try some sets on large angled logs that rise up out of the snow, exposed rock outcrops and other high points that can act as natural “highways” for animals to run above the snow. Snow can be a trapper’s friend, if you let it. Snow covers up animal food sources and can hinder their travel. This can make your bait even more appealing as long as the path to toward it seems like a natural choice.

Are you running a trap line this winter? What are you after? Do you think you’d be successful trapping for food in an emergency? Let us know by leaving a comment.