How to Bring Wild Treats to Your Thanksgiving Table, Part 1

We’ll never know for certain whether there was a turkey on the table at the very first Thanksgiving in the... 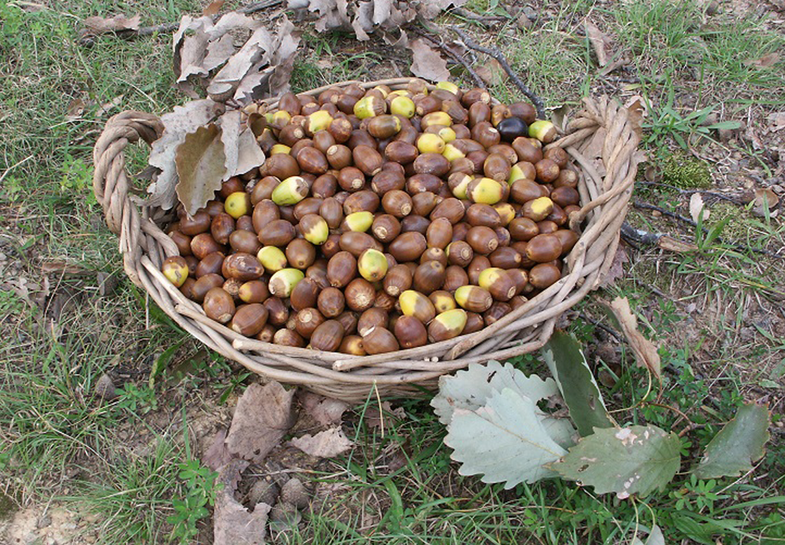 We’ll never know for certain whether there was a turkey on the table at the very first Thanksgiving in the New World, but we do know about the native wild plants that would have been available to the Pilgrims of New England. Foraged foods like cranberries, wild grapes, walnuts, sassafras, and perhaps even some leftover maple syrup from the spring sap run could have ended up on the feasting table. With these traditional wild foods in mind, let’s look at some modern creations that could make your holiday gathering more traditional and truer to the original holiday.

Drink Some Sassafras Tea
Some food historians believe the only drink consumed at the first Thanksgiving was water. Yet Chief Massasoit was known to have loved sassafras tea, and wouldn’t you provide your honored guest with something they like?

Today, you might be able to pick up sassafras tea extract at your local market, or dried sassafras root from a health-food store. But it’s far more traditional and meaningful to dig up your own to create a version of what later was modified into root beer.

Sweetener was in short supply in the Plymouth Colony in 1621, but that doesn’t mean you have to drink unsweetened tea. Pour some real maple syrup into the hot tea for an amazing tasting and historically accurate beverage.

Try A Traditional Tart
Wheat flour and butter were not likely available to the earliest colonists, but the English love of pies and tarts may have led them to improvise. Corn meal was certainly available, thanks to their Native friends, and acorn flour. These could have been used as a crust for any number of pies or a thickener for porridges. Those awful tasting raw cranberries might just have been palatable in corn mush (a popular dish of the day) or as a pie or tart filling, though this would be more traditional than tasty to our modern palates.

Crack The Black Walnuts
The native black walnut tree is found throughout the East and it provides a high-calorie snack when eaten right out of the shell. Rather than serve your guests a modern appetizer, give them a bowl of nuts, a rock to break them, and watch the shells fly. You could also add these wholesome nut chunks to a bowl of shredded carrots and raisins, all three of which could have been at the original Thanksgiving, and sweeten this “salad” with a touch of maple syrup for a unique side dish or dessert.

What wild stuff will you have on your holiday table? Please tell us what you’re fixing by leaving a comment. And Happy Thanksgiving everybody!