Survival Skills: How to Escape Attacks by These 3 Animal Predators

The fear of dying by animal attack is as old as woolly mammoths and saber-toothed tigers. This fear resurfaces (and... 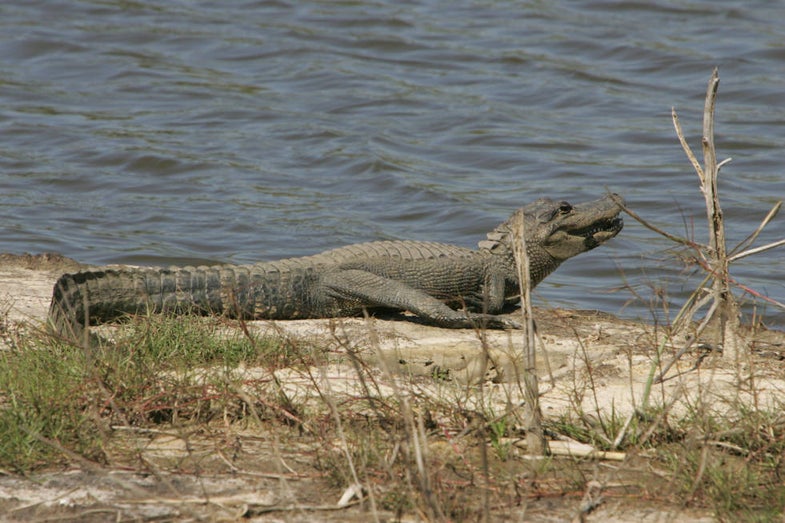 The fear of dying by animal attack is as old as woolly mammoths and saber-toothed tigers. This fear resurfaces (and rightly so) when we square off against contemporary animal predators. When dealing with modern predators, there’s a lot of overlap in what you’d do to survive: make yourself as big as possible, make noise, avoid eye contact and back away slowly. But these tricks don’t work on all beasts.

Here are three different wild predators and the different methods to avoid being on their lunch menu. It’s unlikely you’ll have to deploy these techniques, but be prepared, just in case.

1. Cougars
A friend once asked me how he could avoid cougars; I suggested he stop going to bars that play 70s music. But in all seriousness, mountain lions (also known as cougars and pumas) are ambush predators that favor attacking from high vantage points. Males typically weigh 115 to 220 pounds, and females typically weigh between 64 and 140 pounds. These cats are also excited by fast moving prey, likely the reason that trail runners and mountain bike riders are occasionally singled out. Though 99 percent of the cat’s diet consists of elk, deer, and related ungulates, there’s no reason to drop your guard in big cat territory. Be extra alert when traveling through areas with a cougar population and rocky outcrops they can jump down from. Should you get on the radar of one of these skilled predators, look “bigger” and fight back as you would against a black bear. That means shouting, waving your arms, firing warning shots (if you’ve got a gun), and preparing to fight back with whatever you’ve got.

2. Alligators
American alligators are swamp-dwelling and wetland-loving creatures of the American southeast. Large males can grow to 14 feet in length and weigh over 990 pounds. The largest alligator on record had a length of 19.2 feet. These animals are generally timid around humans, but nesting females can become aggressive if they feel the nest is threatened. Alligators that have been fed by humans also lose their natural fear of humans, and begin to associate people with mealtime. These specimens can become a danger to people, and for this reason, feeding wild alligators is illegal. If a gator decides to see what you taste like, run away in a zig-zag pattern. They’re fast, but they can’t turn while maintaining their speed.

3. Wild Dogs
Feral dogs are typically medium-sized dogs, 30 to 40 pounds, and they can be a blend of almost any breed. Some wild dogs are simply stray house pets, while others are truly feral and born in the wild. Any of these can pose a genuine threat to humans. Though wild dogs rarely kill people in actual attacks, their high incidence of rabies makes them dangerous. Tens of thousands of people die from rabies each year, and dogs are the primary source of human rabies deaths, although the majority of those cases occur in Asia and Africa. They’re silent stalkers and pack hunters, so you may not know they’re on your trail until they actually engage. Since a dog pack can outrun and outfight an unarmed human, your best bet is to shimmy up the nearest tree.

The “Magic” Bullet
If there was ever a magic bullet for predators (besides bullets), it’s bear spray. This is a great item for bear country, and it works on other critters too (even 2-legged predators). For maximum effectiveness, check that the spray is EPA registered, sprays at least 25 feet, and has an orange colorant. The color is believed to be the biggest deterrent. Mammalian predators are smart and instinctively afraid of new things. They are not accustomed to an orange stinging cloud and loud hisses. Once sprayed, predators should run off, then try to figure out what just happened. While they’re moving, you should be moving too: away, and quickly, but without running.

Have you ever been face to face with a predator? Would you be ready if one caught you? Please share your thoughts and stories by leaving us a comment.