Survival Skills: Overcome the Dangers of Thunderstorms and Hail

The month of May isn’t over yet, but there have already been 1,443 reports of hail in the United States,... 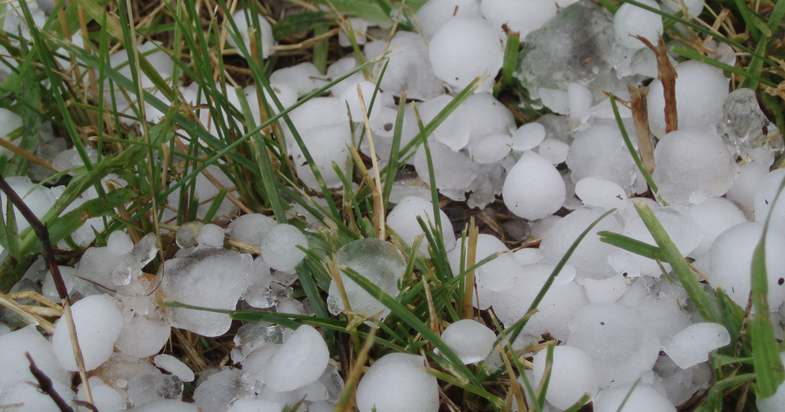 The month of May isn’t over yet, but there have already been 1,443 reports of hail in the United States, along with 169 tornados for this month alone. These numbers aren’t unusually high, but they do illustrate the consistent threat that severe weather can pose, especially in the spring and summer seasons.

These storms occur from the moisture, warm air, and lift caused by cold fronts, mountains, the sun’s heat, and other factors. Of course, you should always seek shelter before thunderstorms, and if you hear the rumbling of thunder, go indoors. Fully enclosed buildings offer the best protection. Their electrical wiring and any metal piping offer a grounding effect in the event of a lightning strike. And, of course, the building itself provides shelter from the wind and blowing debris. Just stay away from conductive things, like wiring, corded telephones, plumbing pipes and fixtures, during the storm. Continue to avoid these items for 30 minutes after the storm, in case of lingering lightning. Although thunderstorms are relatively small compared to hurricanes, they still average 15 miles (24 km) in diameter and carry significant destructive force. All thunderstorms are dangerous, producing deadly lightning, and often high winds and hail. Each year in the United States, there are approximately 100,000 thunderstorms. Roughly 10 percent of these are classified as “severe” by the National Weather Service, having damaging winds of at least 58 mph (50 knots) and/or having hail at least 3/4 inches (19 mm) in diameter.

Thunderstorms with large hail are often called hailstorms. Pellets of hail form when strong currents of air, called updrafts, carry water droplets to a height where they freeze. When the hail “stones” gather more moisture and grow too big to be supported by the updraft, they fall to the ground at speeds up to 100 mph (161 kph). The biggest hailstone ever recorded came from a storm in Nebraska in June, 2003, and was 7 inches (18 cm) wide. Hail tends to do more property damage than killing, though deadly freak hailstorms have occurred throughout history. On a day that became known as “Black Monday” in 1360, a hail storm killed approximately 1,000 English soldiers near Paris during the Hundred Years’ War. And in the 9th century, near the town of Roopkund, India, several hundred pilgrims were killed by a massive hailstorm. Dealing with hail is easy; seek shelter during thunderstorms, and you’ll be sheltered from the hail as well. If that’s not an option, keep your head covered!

Are you ready for the coming storms? Tell us your storm strategies by leaving a comment.