Fox News reported a remarkable story this morning, the tale of a sailor found alive after 66 days adrift in... 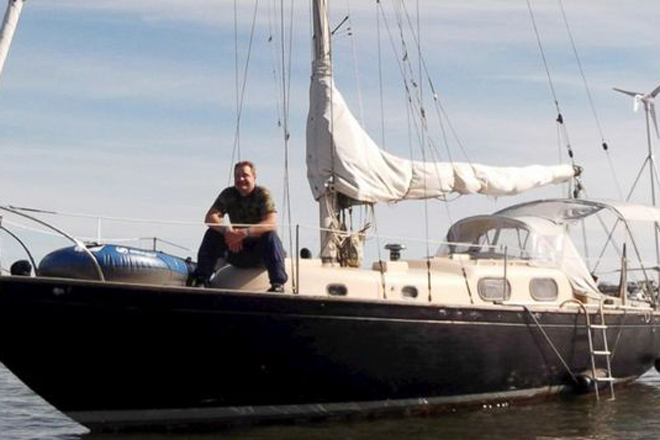 Fox News reported a remarkable story this morning, the tale of a sailor found alive after 66 days adrift in the Atlantic Ocean.

Louis Jordan was rescued by the crew of the German ship Houston Express on April 2, more than two months after he was reported missing. The 37-year-old South Carolinian was flown by Coast Guard helicopter to a hospital in Norfolk, Virginia, where he is currently being treated for dehydration and a shoulder injury. The resourceful Jordan had been living alone on his sailboat at sea, surviving on fish and rainwater since his disappearance. It’s believed that this was Jordan’s first voyage into the open ocean, and that sailing the craft was simply more than he could manage.

In an audio recording released by the Coast Guard, the sailor’s father, Frank Jordan, expressed the faith his family maintained during his son’s disappearance. “We prayed, and prayed, and hoped you were still alive,” Frank Jordan told his son in their first conversation since the rescue. “I’m so glad you’re alive, I thought I lost you.”

Although Louis Jordan survived his nautical nightmare relatively unscathed, he committed a number of mistakes during his ordeal that could have easily led to his demise. The most glaring issue being a lack of functional communication equipment. A radio or satellite phone could have ended the sailor’s trouble on his first day adrift. A second potentially fatal flaw was the fact that no one knew where to look for Jordan. Alerts were issued from New Jersey to Miami to contact the authorities if Jordan’s small sailboat was seen. Jordan failed to file any paperwork with the harbor master prior to his departure, so his sailing plans were known only to him.

Despite his major mistakes, Jordan still showed remarkable resolve surviving at sea for 2 months alone. His craft was recovered roughly 200 miles east of Cape Hatteras, North Carolina, hundreds of miles from the marina in Conway, South Carolina, where he had vanished months earlier. This story shows me two powerful lessons. First, you can screw up royally and still survive as long as you have the skills and the drive to endure. Secondly, the ocean plays rough so you’d better be prepared. If you expect to go out there and come back again in one piece, you ought to have communications equipment, food, water, fishing gear, first aid supplies, signaling gear, a life raft, and, most importantly, a never-say-die attitude.

Could you have survived two months on sushi and rain water? Tell us your thoughts in the comments.