Several other North American mammals have also contracted the virus, including multiple foxes, coyotes, raccoons, and even dolphins 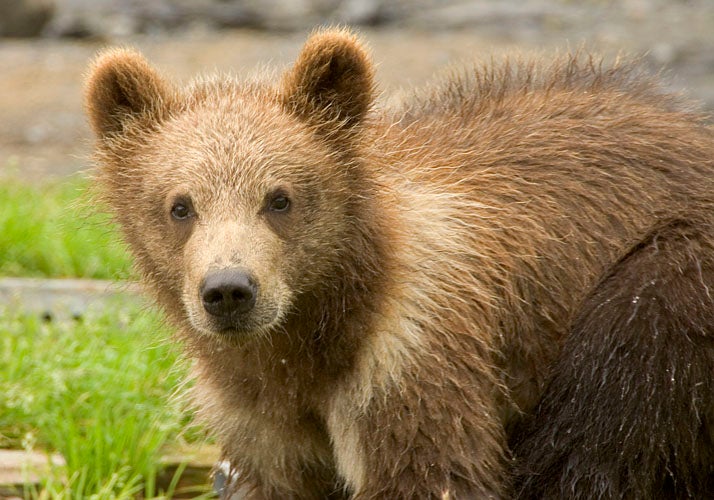 The recent death of a brown bear cub on Alaska’s Kodiak Island has led to increased concerns about the ongoing outbreak of highly pathogenic avian influenza in North America. Wildlife officials confirmed last Wednesday that the cub had tested positive for HPAI, making it the state’s first documented case of a brown bear dying from bird flu. The cub isn’t the first (or the only) North American mammal to contract the virus, however, and its death reveals a couple things about how bird flu is transmitted, as well as the level of risk posed to other mammal species.

The Kodiak brown bear cub was found dead by a deer hunter on Nov. 26, according to Alaska Public Media. A necropsy performed by the Alaska Department of Fish and Game (and confirmed by a laboratory in the Lower 48) pointed to HPAI as the cause of death. Weeks earlier, officials in Glacier Bay National Park euthanized a black bear cub that was later determined to be HPAI-positive.

“They thought it was drunk—it was stumbling, and then was abandoned by the mother,” ADFG wildlife veterinarian Kimberlee Beckmen told reporters with KTOO News. Beckmen added that the cub’s brain was swollen and she said “it would have died, probably within hours, had it not been euthanized.”

This description also sounds remarkably similar to a recent report involving a handful of bears that were euthanized by Montana Fish Wildlife and Parks this year after they were seen walking in circles and acting disoriented. The brains of these bears were also noticeably swollen, and while MFWP did not confirm the cause of the swelling, these neurological symptoms seem to correlate with those seen in other HPAI-infected mammals.

To be clear, the list of North American mammals that have tested positive for bird flu is relatively short, especially when compared to the roughly 56 million wild and domestic birds that have been affected by the virus already, according to the CDC’s latest count. In addition to bears, the list of infected mammals includes a handful of foxes—two of which were also discovered in Alaska—along with several skunks, raccoons, coyotes, otters, and bobcats. It also includes a few marine mammals like dolphins and harbor seals.

The one thing that all these species have in common is their propensity for scavenging, and it’s likely that each of the infected animals picked up the virus by feeding on dead, infected birds. As Beckmen pointed out last week, scientists have also learned the virus is not foodborne, and that it can’t be passed from one mammal to another.

Read Next: We’re Experiencing the Deadliest Bird Flu Outbreak in History. Here’s What All Bird Hunters Need to Know

Beckmen’s point also brings up a major concern that some hunters have about their bird dogs being infected. The recent findings prove that even though the risk posed to hunting dogs may be very low, it’s still possible for a dog to pick up bird flu while retrieving an infected bird. Hunters can lower these risks even further by not sending their dogs out to retrieve birds that are obviously sick, and by avoiding areas with high concentrations of sick or dead waterfowl.

“The risks that I perceive for dogs would mainly be for retrievers if they’re used to retrieve waterfowl,” Beckmen says. “Or if they’re taken out and swum in a lake or pond that’s highly contaminated with waterfowl droppings.”

The risk posed to humans, meanwhile, remains extremely low, according to both ADFG and the CDC. There has only been one documented case of a human contracting bird flu in the United States this year, and that person was working at a commercial poultry operation where they were actively involved with culling HPAI-infected birds.

“In the world there’s only been three people that have had the virus, and the one in the U.S. wasn’t even sick from it,” Beckmen says.