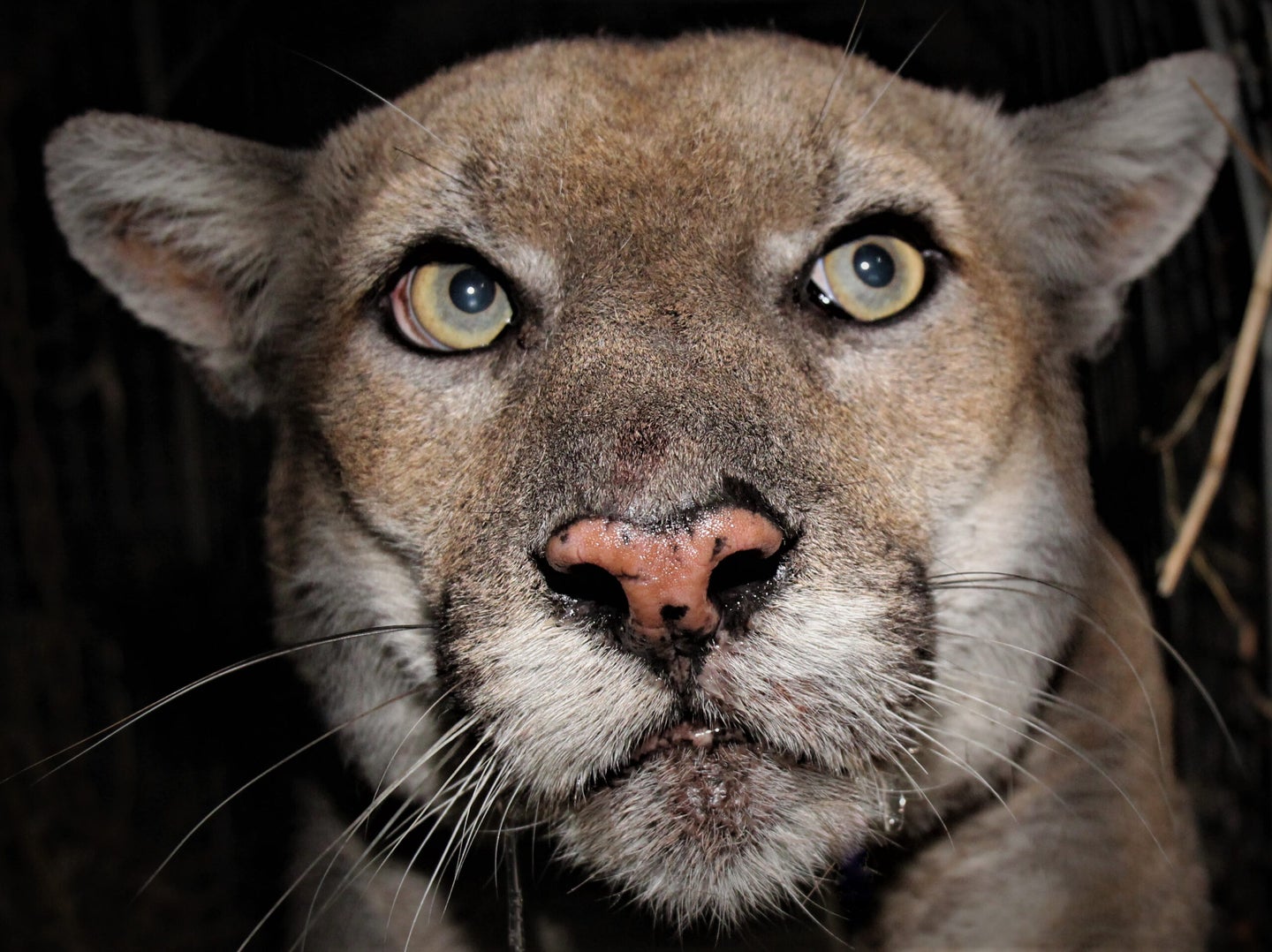 The mountain lion known as P-22, photographed in 2019. NPS
SHARE

Construction crews broke ground Friday on a new 200-foot wildlife crossing in the suburbs of Agoura Hills, a city just north of Los Angeles. The $90 million crossing, scheduled for completion in 2025, will pass over one of the busiest freeways in Southern California to connect wild lands in the Santa Monica Mountains.

The 210-foot long and 165-foot wide crossing will be fitted with vegetated barriers and native plants to block sound and light pollution from the highway as wild species like snakes, deer, and mountain lions cross over the highway. That price tag may seem hefty, but it’s less than a tenth of the $1 billion wildlife-vehicle crashes have cost California in the last five years.

Roughly 300,000 cars pass through this stretch of the 101 freeway in Agoura Hills every day. The freeway, which spans 10 lanes, is a barrier to wildlife in the Santa Monica Mountains, which can support an estimated population of 10 to 12 mountain lions.

At least 26 lions have been killed on Los Angeles freeways since 2002, according to the NPS. Two of these incidents have recently highlighted the issue, including one in March when a lion was struck on Highway 1 and another the day before the crossing ceremony on the 405 freeway.

These vehicle strikes are only part of the problem. During the ground-breaking ceremony, NPS wildlife biologist Jeff Sikich touched on the bigger issues plaguing the local populations of mountain lions, including low genetic diversity and inbreeding.

A recent study by the University of California Los Angeles confirmed these issues. The study found the two populations of lions in the Santa Monica and Santa Ana mountains averaged an astounding 93 percent abnormal sperm rate and displayed physical marks of inbreeding like deformed tails or testicular defects. These issues are due to low connectivity between habitats, says Sikich.

An NPS study from 2016 supports Sikich’s theory. Researchers determined mountain lions in the region were susceptible to local extinction due to habitat connectivity issues and a rapid decline in genetic diversity. The study model predicted a 99.7 percent chance of extinction within 50 years if inbreeding depression occurred in the populations.

In recent years, one of the local lions has been at the center of this issue with connectivity. P-22, a local 12-year-old male lion who lives just outside downtown Los Angeles, has been tracked by local officials for nearly 10 years. The lion famously went on a 50-mile pilgrimage around Los Angeles in 2012, crossing two major freeways before ending up in Griffith Park.

Since then, the lion has gained a reputation for frequent visits to local residences and is considered to have the smallest home range of any mountain lion in the world. P-22 even gained international fame when he was a camera trap photographed him in front of the Hollywood Sign. The image elevated the issue of disappearing habitat in the region, and underscored the need for wildlife crossings in southern California.

“It’s not just a solution for P22 to get across the road, as much as P22 is the face of the campaign,” says Robert Rock, the crossing’s lead design architect. “This is restoring a piece of lost habitat, putting it back across the mountains.”

The Wallis Annenberg Wildlife Crossing has received nearly $77 million in donations, covering 60 percent of the project’s cost. This wildlife crossing is just one that will be built in the coming years; the massive Infrastructure Investment and Jobs Act that passed last year included $350 million in funding for a program that will facilitate the construction of more wildlife crossings to reconnect fragmented migration corridors.