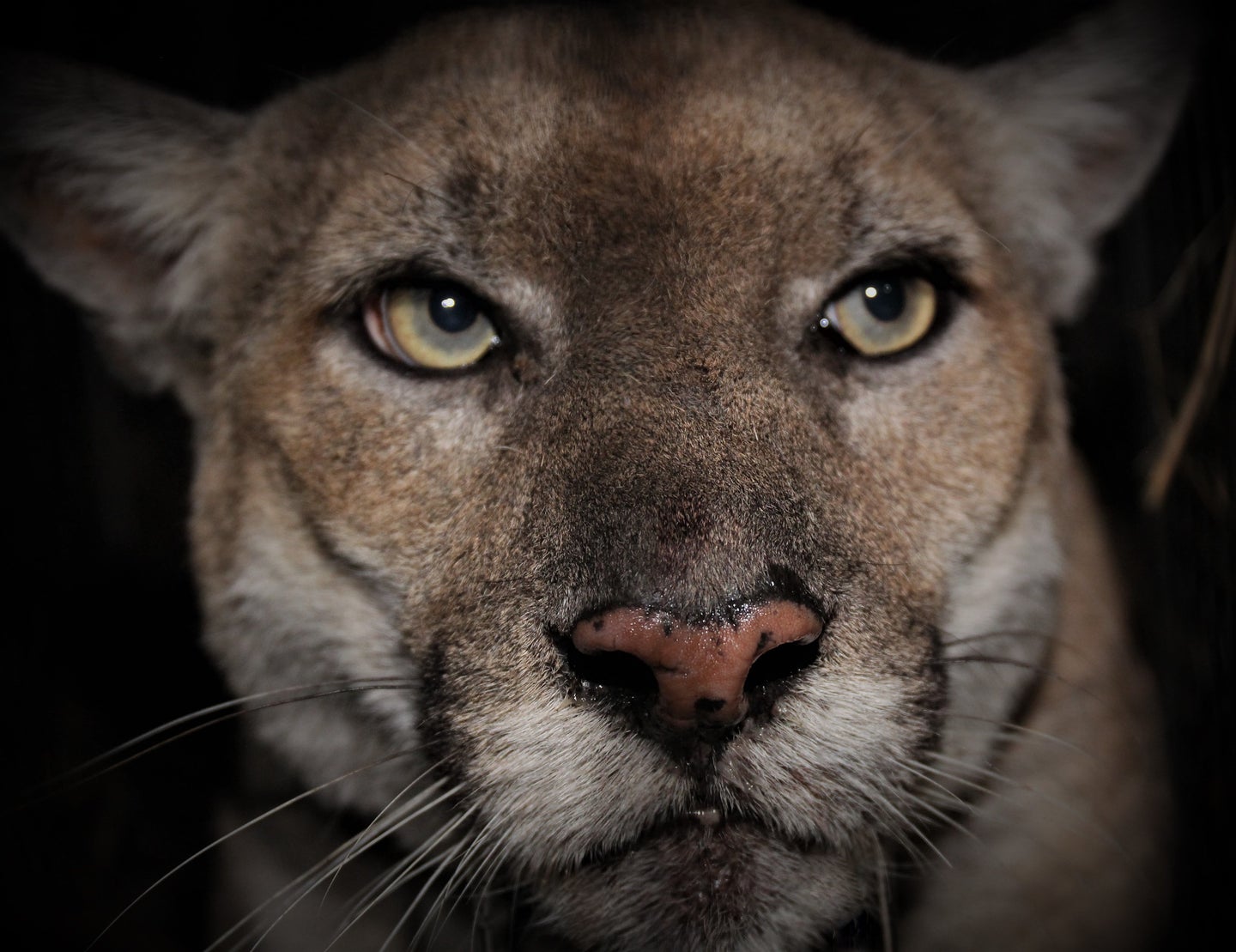 While mountain lion sightings are common in California, it's rare for them to wander inside buildings. NPS
SHARE

An unusual “student” wandered onto Pescadero High’s campus and into a classroom on Wednesday: a juvenile mountain lion. While mountain lion sightings are common in the area, Detective Javier Acosta with the San Mateo County Sheriff’s Office told the Associated Press that it was the first time to his knowledge that a lion actually entered a public building in the county.

Fortunately, a custodian reacted quickly and was able to shut the door, trapping the animal inside the empty English classroom. The school then contacted the sheriff’s office at 8:23 a.m. on June 1, according to KTVU News.

This mountain lion wandered onto the grounds of Pescadero High and has since been isolated in an English classroom, where it’s hiding under a desk. Students and staff are safeper @SMCSheriff, awaiting arrival of @CaliforniaDFW pic.twitter.com/OSOCR97Vjq

There were no students or teachers on campus at the time, said Acosta, who noted that the mountain lion appeared “lost and scared.” However, it took most of the day for wildlife officials to capture the lion, and the animal wasn’t out of the classroom until around 5 p.m.

KTVU reported that the cat, which was estimated to be about 40 pounds and between four and six months old, was tranquilized by the California Department of Fish and Wildlife and brought to the Oakland Zoo, where it was examined. The animal was considered to be underweight and also had a cracked tooth. Authorities planned to release it back into the wild.

UPDATE: Mountain lion that walked into Pescadero High School classroom & hid under teacher’s desk is an underweight male about 6-8 months old w/fractured tooth that will need to be extracted, per @oakzoo staff who examined the beast after it was tranquillized by @CaliforniaDFW pic.twitter.com/TRj8xfWNUI

Students did arrive on campus later that morning, but they were kept clear the classroom. Meanwhile, a reporter managed to snap a photo of the animal hiding under a desk.

“We were in the classroom next to the cougar and we were like, ‘we can’t make a lot of noise to make it scared or disturbed,” student Mariol Hernandez told the local news channel.

Read Next: Dog Is Critically Injured After Fighting Mountain Lion to Save Its Owner

Not your typical way to end the school year, but definitely a memorable event for students considering that no one—including the lion—was harmed.

Mountain lion populations within the state are considered stable, but the exact number of animals is unknown. CDFW began a study estimating their statewide population in 2014 that incorporates “more rigorous field-based and data analysis methods,” but the agency does not anticipate completing this study for another few years. Mountain lions are considered a protected species and it is illegal to hunt them in California.