I’ve sat in a shooting house many times and pondered what it takes to develop the perfect food plot. Strangely... 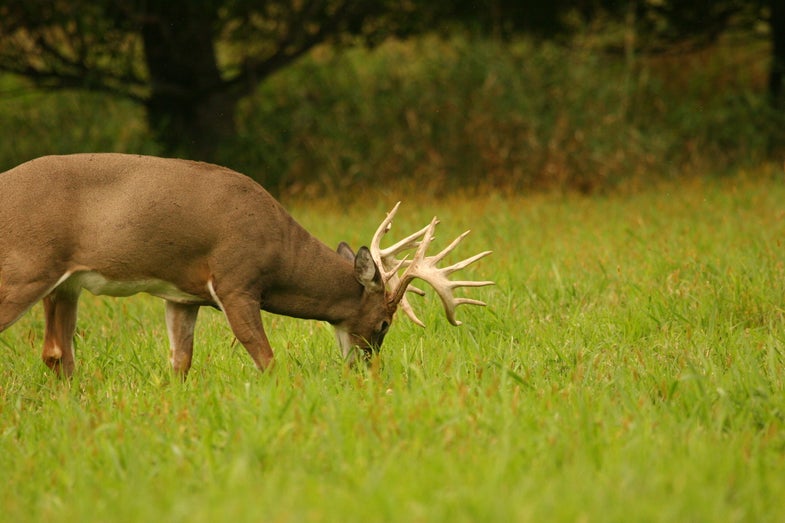 I’ve sat in a shooting house many times and pondered what it takes to develop the perfect food plot. Strangely enough, such musings usually occurred when the food plot below me was empty of deer. Why weren’t any whitetails coming in for a snack? I’d hear shots in all directions, near and far, yet nothing would pay the plot a visit.

Sometimes it’s just the nature of a hunter’s luck: You should’ve been there yesterday—or you should go tomorrow. Yet there are times when deer picking through your plot just isn’t in the cards. I recall a season when deer were lured to a more enticing plot on a neighboring property, leaving me almost guaranteed not to see anything. It’s not that there weren’t any deer around; it was just that they weren’t going to show up around me.

I’m guessing the same thing has probably happened to you, which is why you should think about why some food plots aren’t up to snuff, and how a few tweaks can make them deer magnets in any kind of condition. 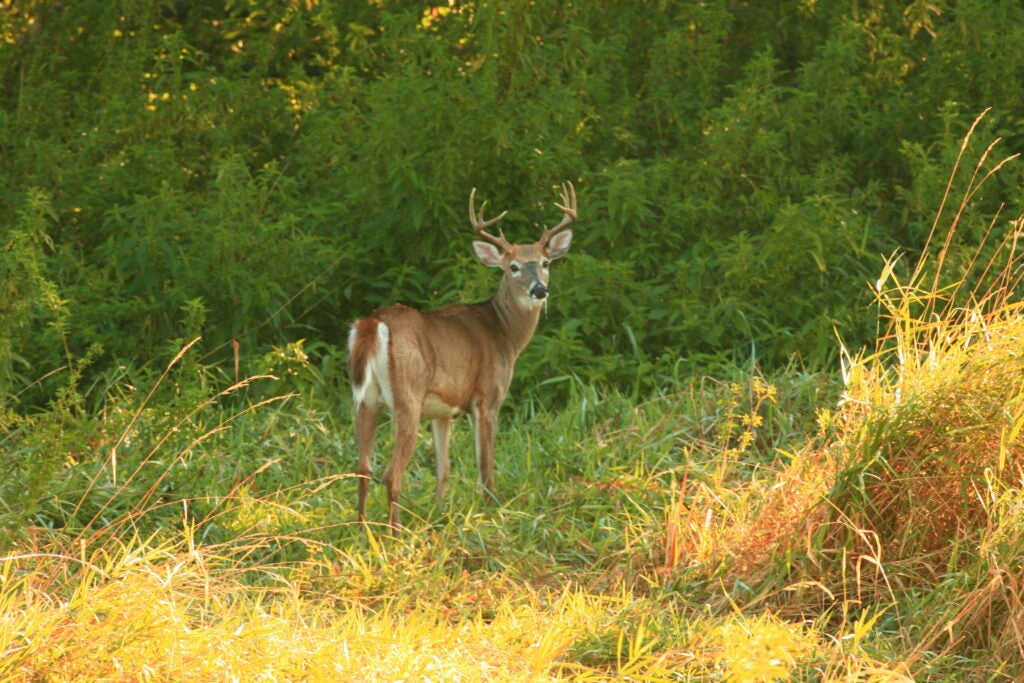 Good food plots are deer magnets for a variety of reasons. Bucks will make their scrapes on the edges of plots that are frequented by lots of does.

Problem: Lousy Approach
The hunter has to walk across the food plot to get to the stand, thereby leaving a trace of scent. Or he must walk a dim road through a clearcut or cutover that’s obviously prime bedding area, allowing deer to pick up scent or clumsy sounds. A deer’s senses are on high alert and it’s likely it’ll wait until after dark before venturing out.

Solution: Pick a Better Path
This takes some thought and design, but you want access roads to radiate in multiple directions to allow easy travel to and from food plots.

Where I hunt, the main road goes into the property, and access roads peel off from the road like spokes from a wheel. Based on the general wind direction, all end at the east or southeast sides of the plots. You can either park your ATV or truck near the beginning of the plot, or get dropped off there. The stand is situated so hunters never have to walk into the plot, which solves the problem of tromping around in the plot.

Problem: No Surrounding Cover
There’s nothing wrong with the food plot itself. In fact, deer are eating things down to the nubbins—you just never catch them at it. And that’s just the problem: the plot is surrounded by relatively wide-open spaces and, except for yearlings, the deer are hitting it at night.

Solution: Cover Up
On my hunting property, mature woods dominate at least two sides of the plot, and the trees range from old forest growth to saplings. At the edge of the woods is a native growth of various wild shrubs, honeysuckle, grasses and plants. This secondary, seasonal growth borders the food plot on all sides and shouldn’t be plowed under to make room for more food plot plantings because whitetails like to ease into a food plot and browse along the way.

So, if you’re lacking any of this vegetative cover, consider doing some work to restore undergrowth and browse around your plots.

I will note, however, that I don’t like plots with too much thick understory cover around them. During the rut, bucks like to stay out in the woods and sometimes walk the edge of a plot without going into it, in hopes of picking up the scent of a doe. The more cover, the better they like it, although sometimes you can get lucky and get a clean shot if the brush isn’t too thick. 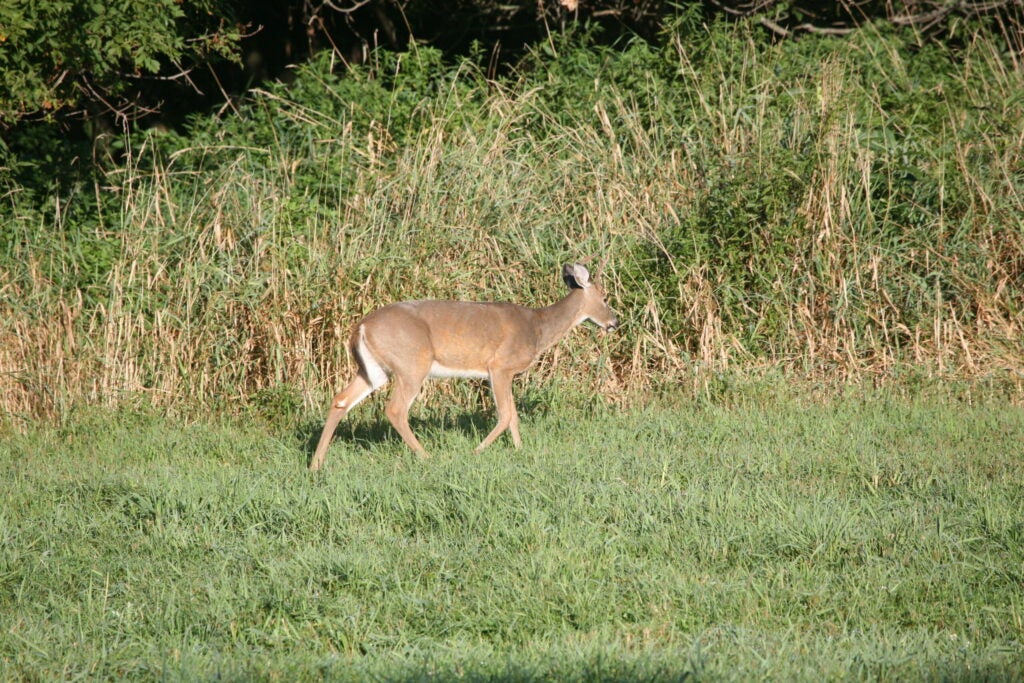 Deer like a border of thick cover at the edge of a food plot for quick getaways.

Problem: Intimidating Placement
The plot is too close to a road, like a highway or an access road to the property. The deer have been programmed from previous bad experiences with humans not to go into the plot until after dark, or they’ll stay tucked away in a far corner of the plot where they’re less visible.

Solution: Plan Better Next Time
Plant plots in a good spot in the first place. Whenever possible, position food plots where deer might feel secure any time of day. If this isn’t an option, try to add some more cover as a buffer between the road or farmyard to create a better visual and sound barrier.

Problem: Upwind Location
The shooting house or stand is situated so that the hunter’s scent drifts across the field.

Solution: Outsmart the Wind
Assuming the north, west, or northwest wind is predominant in the fall and winter where you hunt, positioning a shooting house, blind or stand anywhere in the eastern or southeastern quadrant should waft your scent away from the plot. It might not keep the sun out of your eyes, but there’s always a tradeoff.

If the wind is blowing in a direction that will carry your scent onto the food plot, don’t hunt it that day. In fact, it might be a good idea to hedge your bets by putting up blinds or stands on the opposite end of the field to take wind shifts into account. Much depends on where the deer are coming from, and whether you can cross the field without laying a lot of scent down in front of their access trails.

There are a few other luxuries I would like to help me out in other ways. For instance, a clump of trees somewhere in a larger plot or a point of natural cover jutting into the plot would be nice for turkey season. As a general rule, it’s difficult to compel a gobbler to travel from one end of a plot to the other. An island of cover would help the hunter in that regard.

Otherwise, I’ve got my perfect hunting plot. If you think of any poor or great characteristics of your food plots that I haven’t mentioned here, let me know—and feel free to invite me for a hunt to see how those plots work in action.