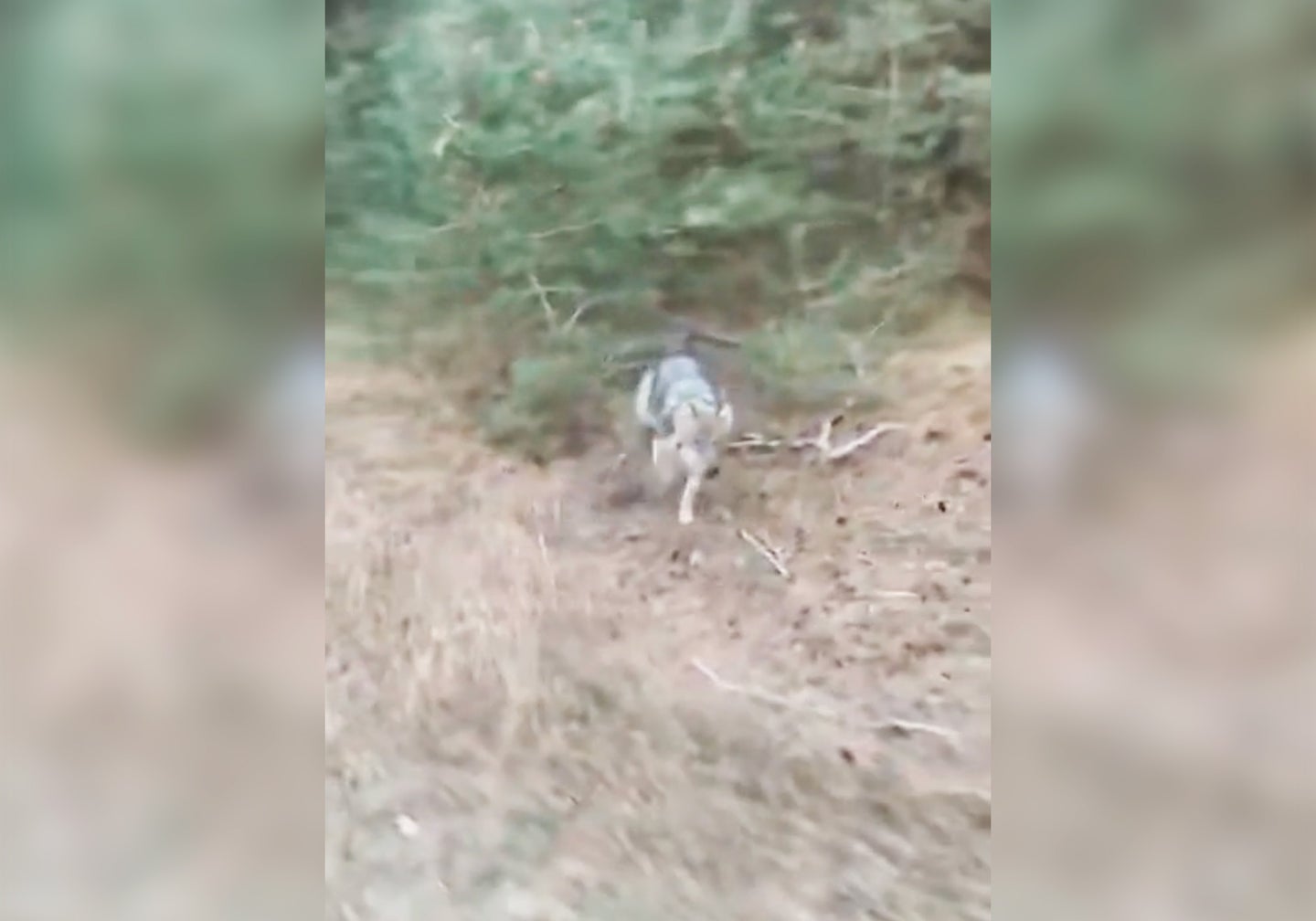 Americans might think we’re the only ones with wolf drama these days. That couldn’t be further from the truth, as exhibited by this video, posted to Reddit two days ago. A cyclist cruises along a paved road in Hogue Veluwe National Park when all of a sudden, what we presume to be a helmet-mounted GoPro camera turns toward the woods to the left of the trail. A wolf emerges at a loping gait and falls in behind the cyclist.

The cyclist lets out a short gasp-groan and picks up the pace, pedaling furiously and leaving the wolf in his dust.

This encounter comes amidst a still-fresh reemergence of wolves in the Netherlands. The apex predators were wiped out from much of Europe in the 19th and 20th centuries, except for certain parts of Poland and Romania. The remaining few packs have now grown into a population that spread almost continent-wide. Wolves have been confirmed everywhere from eastern Russia and Belarus, north to Finland, and southwest to a pack in Spain about 2,500 strong, according to the Large Carnivore Initiative for Europe and EuroNatur. While there are five established grey wolf subspecies across the continent, the Eurasian wolf is the most prominent.

Wolves weren’t confirmed as Dutch residents until 2019. At that time, researchers determined that one female had been in the Veluwe area for at least six months. They were also studying another female and one male in the area at the time. Now, there are at least 20 adults in the country, most of them around the national park.

Recently, park officials announced they will shoot wolves with paintball guns to deter them from human interaction. This decision resulted from a video of a wolf casually approaching a family with small children, which went viral.

Some Dutch environmental groups accused park staff of feeding wolves to make them friendlier toward humans. Park officials abruptly denied this accusation. Still, the wolves in these videos don’t seem fearful of people, even the pedaling variety.

“The best approach is obviously to proactively prevent wolves from approaching human settlements by ensuring good habitat and wild game availability elsewhere, and making it hard for them to access livestock, pets, and garbage,” human-wildlife interactions expert Hanna Pettersson from the University of York, told Newsweek. “However…this is not a long-term solution since wolves will likely keep expanding.”