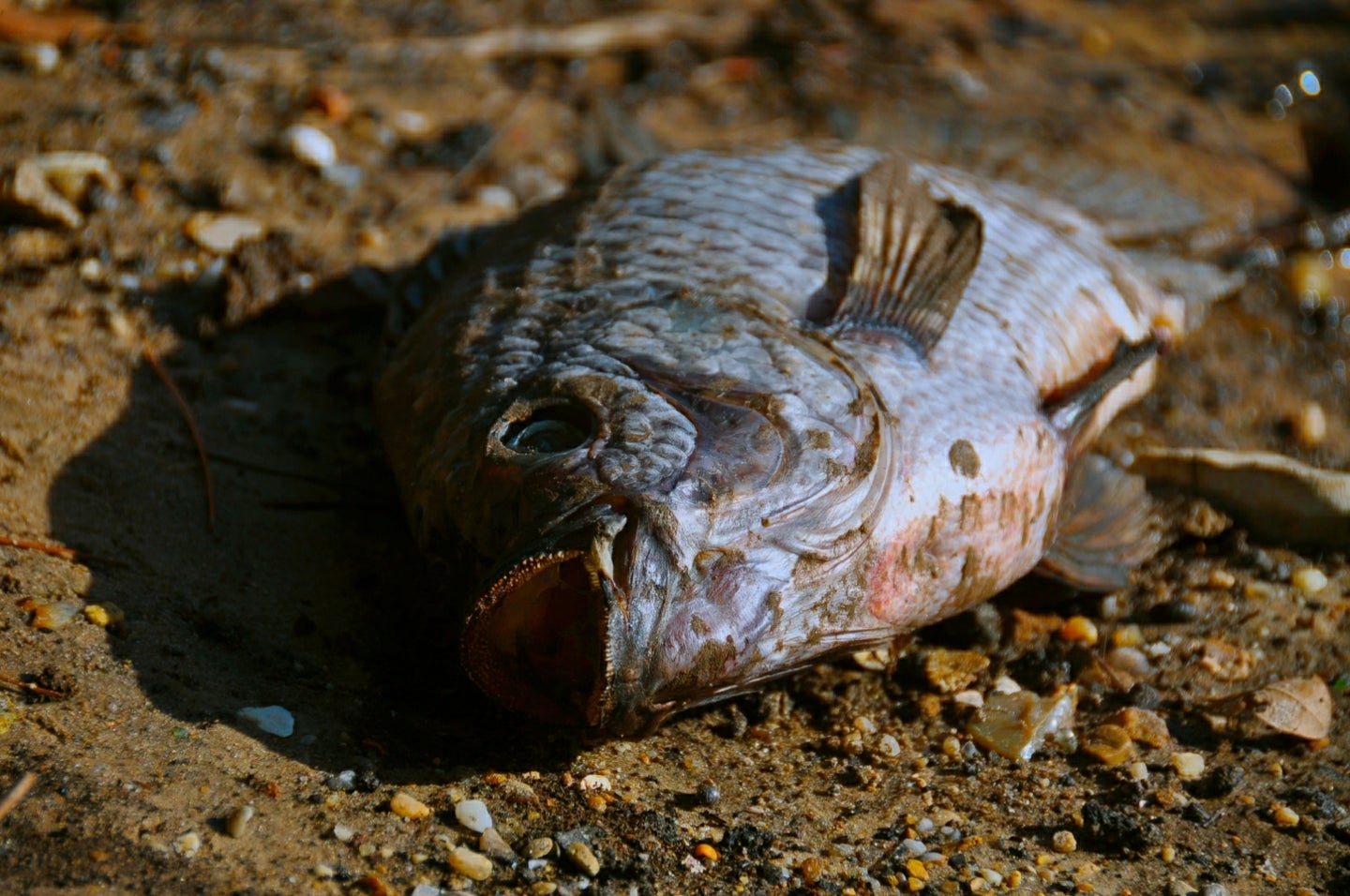 Tens of thousands of dead fish washed up along the shore of the San Onofre reservoir in the Mexican state of Jalisco earlier this month. Authorities have determined that the huge fish kill was caused by a polluting spill of a large quantity of vinasse, a byproduct of the tequila distillation process, the Associated Press reports.

Jesús Solís is one of a handful of local fishermen who first noticed changes to the reservoir in November, and then watched helplessly as fish started floating belly up in the Las Villas River, which feeds the reservoir, as well as in the San Onofre reservoir itself. Over the course of the last month or so, Jalisco’s environmental protection agency has removed 60 to 80 tons of dead tilapia, mojarra, carp, and charales from the small reservoir. Tilapia, mojarra, and charales are valuable aquaculture species, and the local fishing cooperative harvests these fish from the reservoir to be sold commercially.

For Solís and other members of the cooperative, this commercial fishery is their primary source of income, and the loss of such a huge quantity fish is devastating. Aldo Castaneda Villanueva, who specializes in water management at the University of Guadalajara, told reporters that “it could take years” until the small reservoir is cleaned up. The environmental (and financial) disaster has also worried residents in the nearby town of Ayotlan, many of whom fear the contaminated water could ruin their crops as well as their aquaculture investment.

“It was a really difficult moment to see all of our savings, life, going into those pits,” Solis told reporters after he helped bury tons of the dead fish in lime-filled pits. “I felt so sad then, so powerless, so much anger.”

Read Next: Red Tide Is Killing Millions of Fish on the Gulf Coast

Although the incident is still under investigation, state authorities determined that the vinasse spill likely came from a nearby treatment plant that has a permit to treat the waste that comes from the area’s tequila distilleries. They believe that the millions of liters that ended up in the reservoir must have spilled from the treatment plant into nearby Las Animas Creek, which feeds the Las Villas River and the reservoir.

Jalisco is at the heart of Mexico’s gigantic tequila industry—sales of tequila produced in the country accounted for $51 billion in 2019—and a huge portion of the state’s cultivated land is dedicated to growing the blue agave from which tequila is made. All the tequila in the world comes from only five Mexican states, and 90 percent of it is produced in Jalisco.