50,000 Menhaden and Other Fish Species Killed Near Baltimore After Sewage Leak

A broken sewage pipe at a treatment facility dumped 11,000-gallons of waste into a Chesapeake tributary 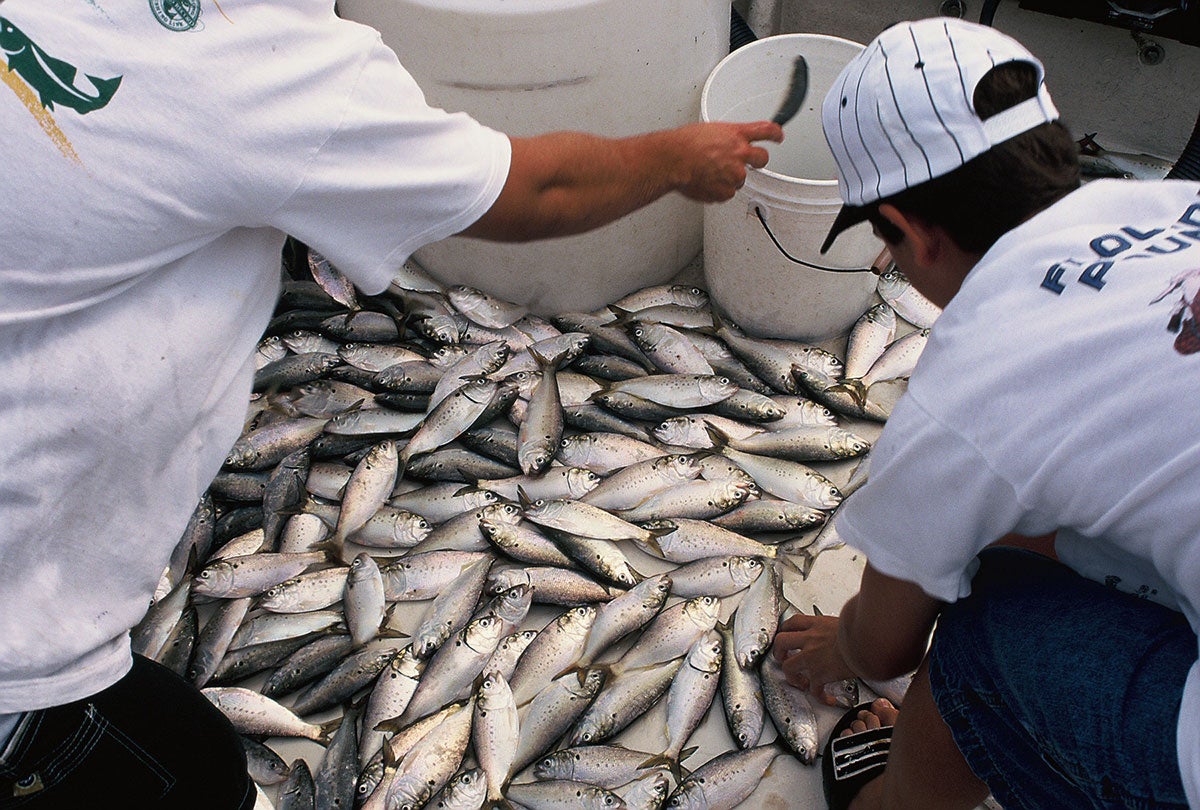 Maryland Department of the Environment investigators suspect a broken sewage pipe that spewed 11,000 gallons of waste into a Marley Creek tributary contributed to a massive fish kill south of Baltimore.

According to the Baltimore Sun, Daniel Macleod, 70, of Glen Burnie was in a Marley Creek marina on June 7 when he spotted thousands of dead fish floating in a canal. He made photos and contacted the Maryland DNR. But a few hours later the fish had disappeared, presumably drifting downstream toward Chesapeake Bay. Marley Creek feeds the Patapsco River, which empties into upper Chesapeake Bay.

DNR had no notice previously of a fish kill. But by the next afternoon agency inspectors discovered the dead fish that Macleod had reported. The dead fish were mostly Atlantic menhaden, but at least eight other fish species also were identified, the Baltimore Sun reported.

The fish kill happened less than a week after 11,000 gallons of sewage leaked from a broken pipe in Glen Burnie into a tributary of Marley Creek on June 2. MDE officials say the fish kill likely resulted in low oxygen levels in the water resulting from the sewage spill.

MDE thinks the spill created a phytoplankton bloom in Marley Creek, which eventually resulted in bloom decay that removes needed oxygen from water and is deadly to fish.

Menhaden, also known as bunker, mossbunker, pogy, bug-head, and fat back, are popular baitfish for saltwater anglers. Stripers can’t resist the oily scent of menhaden. These fish also play a critical role in the marine ecosystem food chain. They eat by filtering phytoplankton and zooplankton from the water they live in, and in turn are eaten by predatory gamefish like stripers, swordfish, and tuna.

Menhaden are the number one species, by volume, harvested along the Atlantic coast and number two on the Pacific. The average bunker measures about 15 inches.