Torrential rain and runoff has brought massive floods to the Yellowstone region, wiping out roads, destroying bridges, and causing officials to evacuate the park 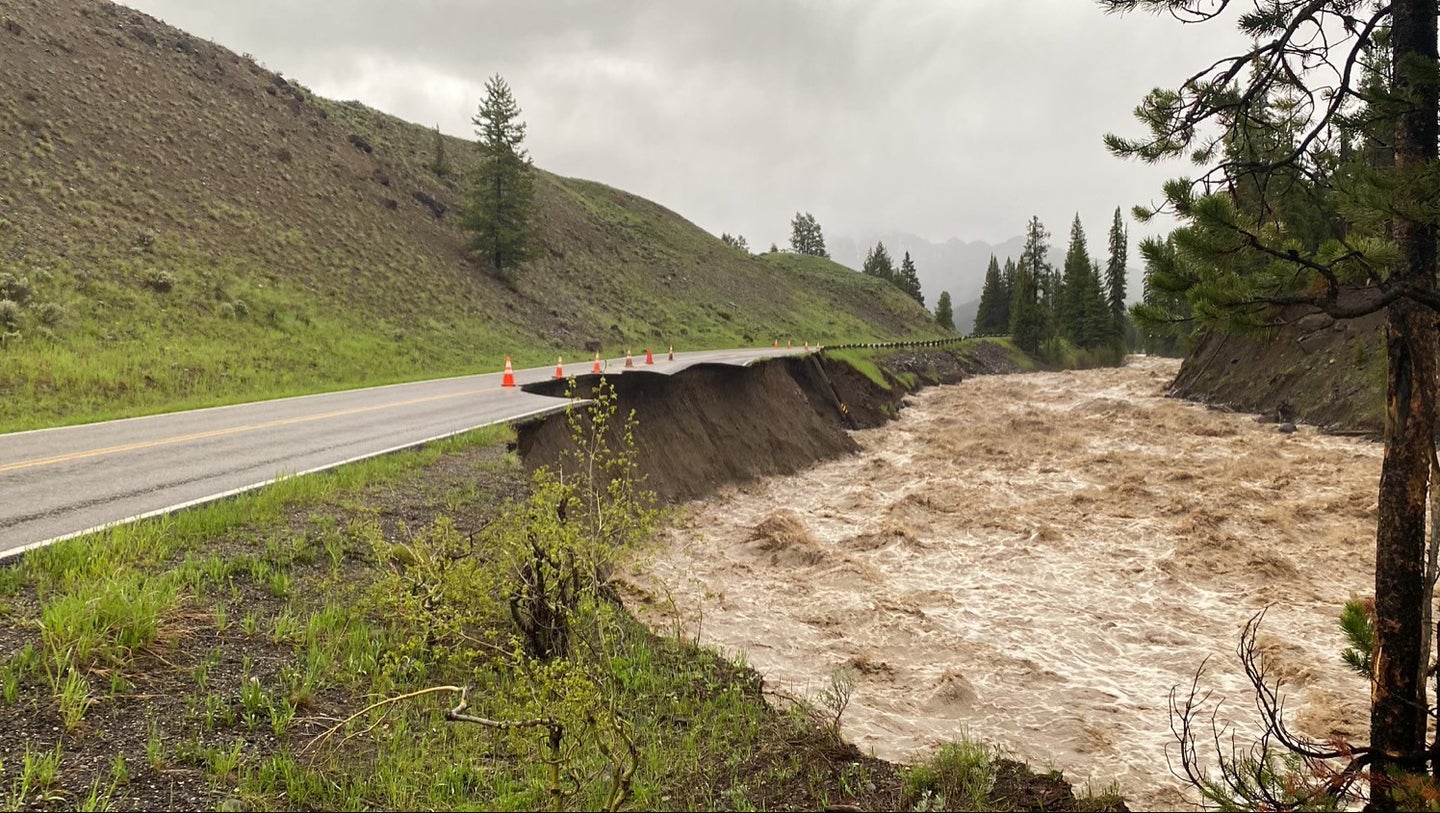 Massive floods caused by melting snowpack and heavy rains are wreaking havoc on Yellowstone National Park and sending rivers in the region to historically high levels. The floods have destroyed bridges and roads, caused power outages, and isolated the small town of Gardiner, Montana.

The flooding prompted National Park Service officials to evacuate visitors and close all entrances to the park yesterday. Although the flooding receded Tuesday, officials expect the park to be closed to inbound traffic until at least Wednesday. Some sections of the park could also be closed indefinitely due to infrastructure damages.

“Due to record flooding events in the park and more precipitation in the forecast, we have made the decision to close Yellowstone to all inbound visitation,” park superintendent Cam Sholly said yesterday afternoon. “We will not know the timing of the park’s reopening until flood waters subside and we’re able to assess the damage throughout the park.”

The northern portion of the national park, which includes the primary entrance on the Montana side, has experienced the worst of the flooding. Several videos and photos captured by NPS helicopter pilots show the destruction caused to the roads along the Yellowstone, Gardner, and Lamar rivers. Many sections of road appear washed away or fragmented by the torrential floods and mudslides.

The Yellowstone River reached historic levels earlier this week, peaking at 13.88 feet at Corwin Springs on Monday, according to the National Weather Service. This shatters the previous record high of 11.5 feet that was set in 1918.

In Gardiner, a small town of 900 on the northern border of Yellowstone, flooding has destroyed bridges on both sides of the small community. As a result, the small town was isolated for several days before the highway was able to open again this morning.

“I’ve never seen this, not in my lifetime,” Gardiner resident and EMT Austin King told USA Today. “There are people that have lived here 64 years—they’ve never seen the river this high.”

The floods were caused by a combination of heavy rainfall and the sudden melting of roughly two to five inches of snowpack over three days, according to the NWS.

A house falls into the Yellowstone River in Gardiner, Montana after record flooding and rockslides in the area. Read more: https://t.co/dsBnvBQvnw pic.twitter.com/OTCNY3IXnJ

“It’s a lot of rain, but the flooding wouldn’t have been anything like this if we didn’t have so much snow,” said Cory Mottice, a meteorologist with the NWS. “This is flooding that we’ve just never seen in our lifetimes before.”

Videos from across the region have been circulating on social media, putting the frightening power of the floods in perspective. They show structures floating down the rivers, running into bridges, and breaking apart in the deluge. In one video shared to Facebook, an onlooker captured the Tom Miner Bridge collapsing from the floods. The massive steel frame of the bridge was washed away by the Yellowstone River and carried downstream.

While Yellowstone Floods, the Southwest Sizzles

It’s important to note that the torrential Yellowstone floods are happening while other parts of the West are experiencing brutal heatwaves and extreme drought. More than 20 percent of the Western United States is experiencing extreme or exceptional drought this spring, according to a USDA report released in March. And last week, several cities in the greater Southwest set record-high temperatures, including Phoenix, Denver, and Las Vegas.

Wildfire season in the Southwest is off to an early and explosive start as well. 600 thousand acres have already burned in New Mexico this spring, making 2022 one of the worst fire years in the state’s recorded history, according to the New York Times.