Canadian Music Teacher Scares Bear Off Campus with a Trombone

"The man, the myth, the trombone" 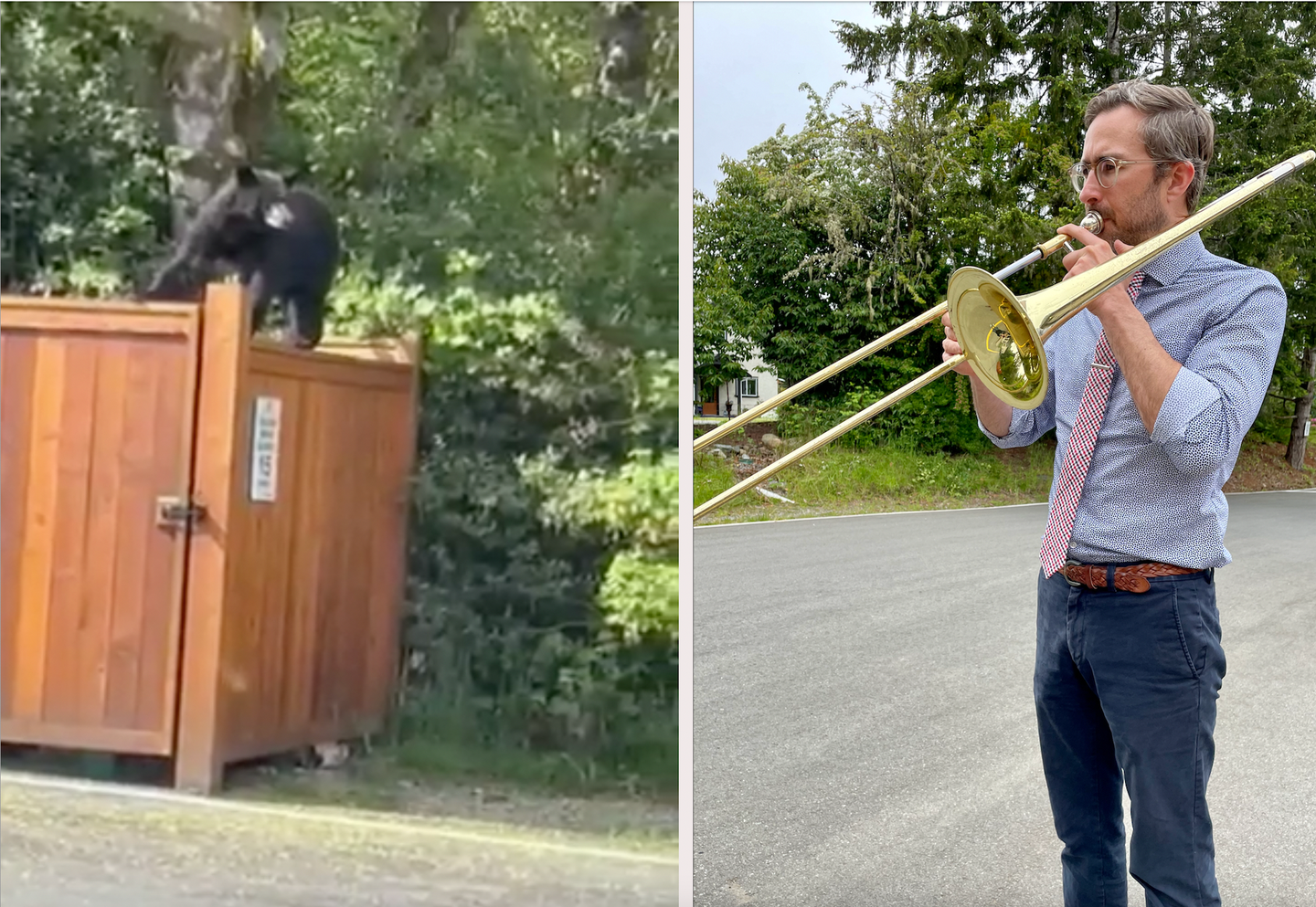 When a black bear at a Canadian high school needed hazing, a music teacher reached for the biggest, loudest horn in his classroom. Makayla Mitchell / Robin Clausen
SHARE

A black bear that has been frequenting St. John’s Academy in Shawnigan Lake, British Columbia, ran into some unexpected deterrence tactics a couple weeks ago. The bear, which has been making frequent attempts to raid the school’s trash cans, was scared off the property by a music teacher playing his trombone.

“It was one of those moments in life we sometimes experience when you don’t really take any time to think, because the right thing to do seems so obvious,” teacher Tristan Clausen tells Outdoor Life.

The rural private school has taken extra precautions over the last few weeks by directing its students away from sections of the campus where the bear has been frequenting. But on May 27, one of Clausen’s students walked outside and saw the bear attempting to get into the school’s garbage cans, which are protected by a wildlife-proof wooden enclosure.

Clausen had a clear view of the intruder through his classroom window, and knowing that someone had to haze the bear, he decided to act in the best way he knew how—by playing music.

“I have a saxophone, a trumpet, and a trombone behind my desk, so I grabbed the largest one that could make the most noise, which was the trombone, and started playing it as loud as I could as I walked toward the bear,” Clausen told the local news.

Eleventh grader Makayla Mitchell filmed the entire episode on her phone through a different classroom window. Clausen isn’t visible in the video, but he can certainly be heard as he approaches the bear while blasting his horn. The teacher’s plan works, as the bear can be seen retreating into the woods and away from the school.

The school and its students are now hailing their music teacher for his performance, admissions director Matthew Jonah told Chek news.