Researchers say the long, 18-month journey could be proof that some wolves are just born to roam 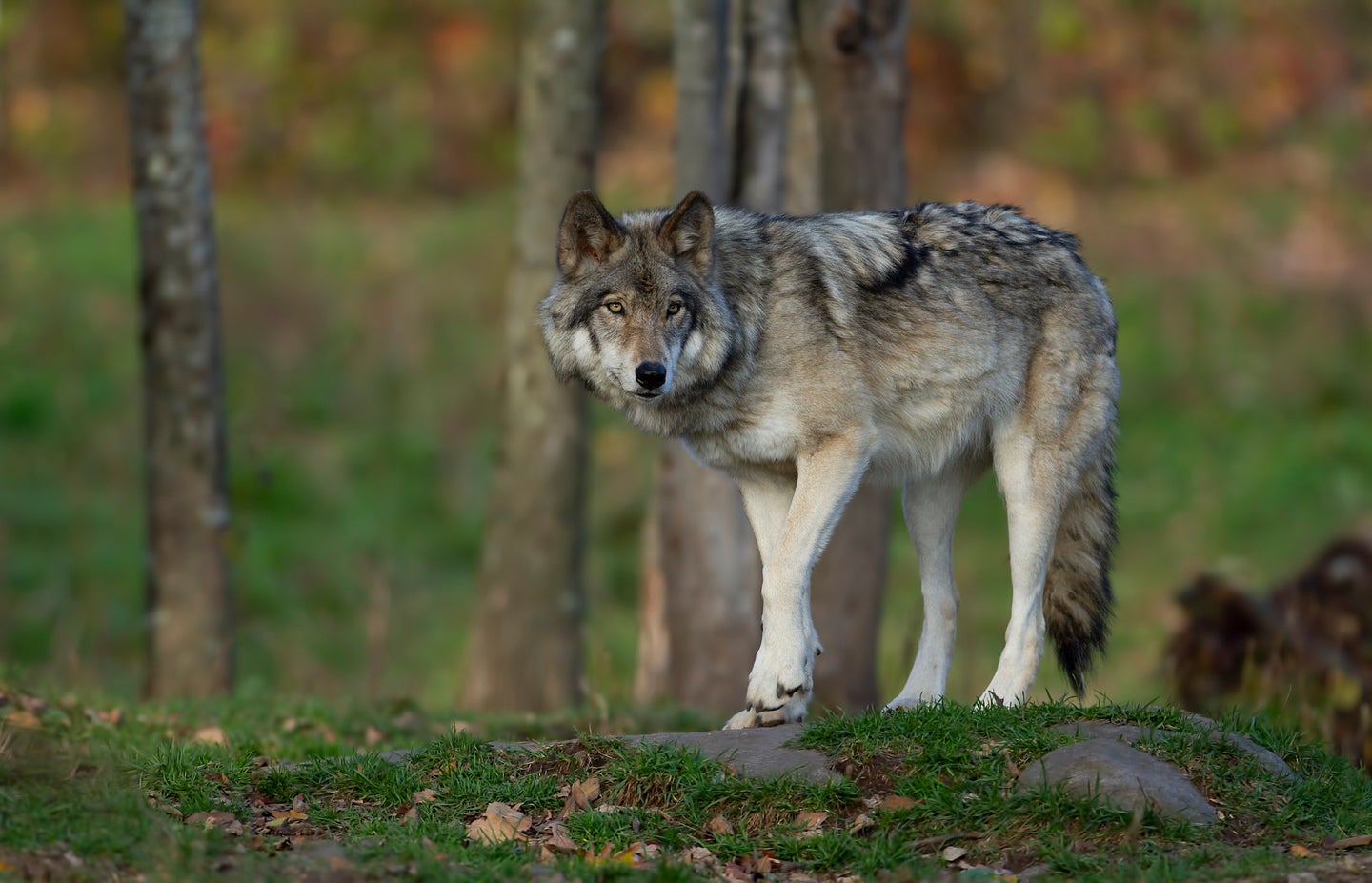 The wolf crossed into four states and two Canadian provinces before it was shot by a hunter last month. Adobe Stock
SHARE

Gray wolves are known to roam. Males will often leave behind their original packs and strike out on their own, traveling vast distances before setting up their territory elsewhere. Biologists have long believed that these lone wolves serve an important role in the species’ survival by dispersing across the landscape to find more suitable habitat.

Not all lone wolves are pioneers, however, and one closely tracked wolf from Michigan’s Upper Peninsula has the state’s wildlife researchers wondering if some are simply born to roam. That wolf traveled more than 4,000 miles over an 18-month period. Its journey came to an end in December when it was legally killed by a hunter in Manitoba.

According to the Michigan Department of Natural Resources, the wolf’s roughly 4,200-mile journey is the longest ever recorded by the agency. The DNR has been tracking wolves with GPS collars since 1992.

“The use of GPS collars will certainly add more insight to movement of these amazing animals and likely show that others may make similar movements over time” DNR biologist Brian Roell told MLive. “But I suspect this will stand as a record for some time for Michigan.”

A DNR map shows that the wolf’s record-setting journey began on the Upper Peninsula in Michigan. It was trapped by researchers near Lake Gogebic in the Ottawa National Forest and fitted with a GPS collar on June 21, 2021.

The 92-pound male immediately traveled south into Wisconsin that summer. It then trekked across the northern part of the state before entering Minnesota south of Superior. From there, the wolf made a large figure-8 loop, briefly dipping into North Dakota before traveling back across Minnesota and entering the Canadian province of Ontario somewhere in Voyageurs National Park.

After crossing the border, the wolf zigzagged to the north, traveling through the forests of Quetico Provincial Park, and making it as far north as Wabakimi Provincial Park. The wolf then looped back through Quetico before heading west across the province and into Manitoba’s Whiteshell Provincial Park, where it was killed by a hunter on Dec. 6.

That hunter was on a guided trip with Whiteshell Outfitters at the time. Responding to the flurry of negative comments on its Facebook post, the outfitter clarified that it was a legal harvest, and that the hunter didn’t see the wolf’s collar until he recovered the animal.

The lone wolf’s 4,200-mile journey across four states and two Canadian provinces might set a record for the Michigan DNR, but that doesn’t necessarily make it an outlier. The agency has tracked similar movements by other gray wolves, and in 2019, another male wolf that was trapped and collared on the Upper Peninsula wandered more than 2,000 miles before it was hit by a car in Minnesota.

Because both of their journeys were cut short, researchers will never know if these lone wolves would have eventually stopped or circled back—or if they would have continued to roam the Great Lakes region indefinitely.

“It never really settled down,” Roell told reporters, referring to the record-setting lone wolf that was killed in December. “Often it seems like some of these wolves are destined to stay loners.”