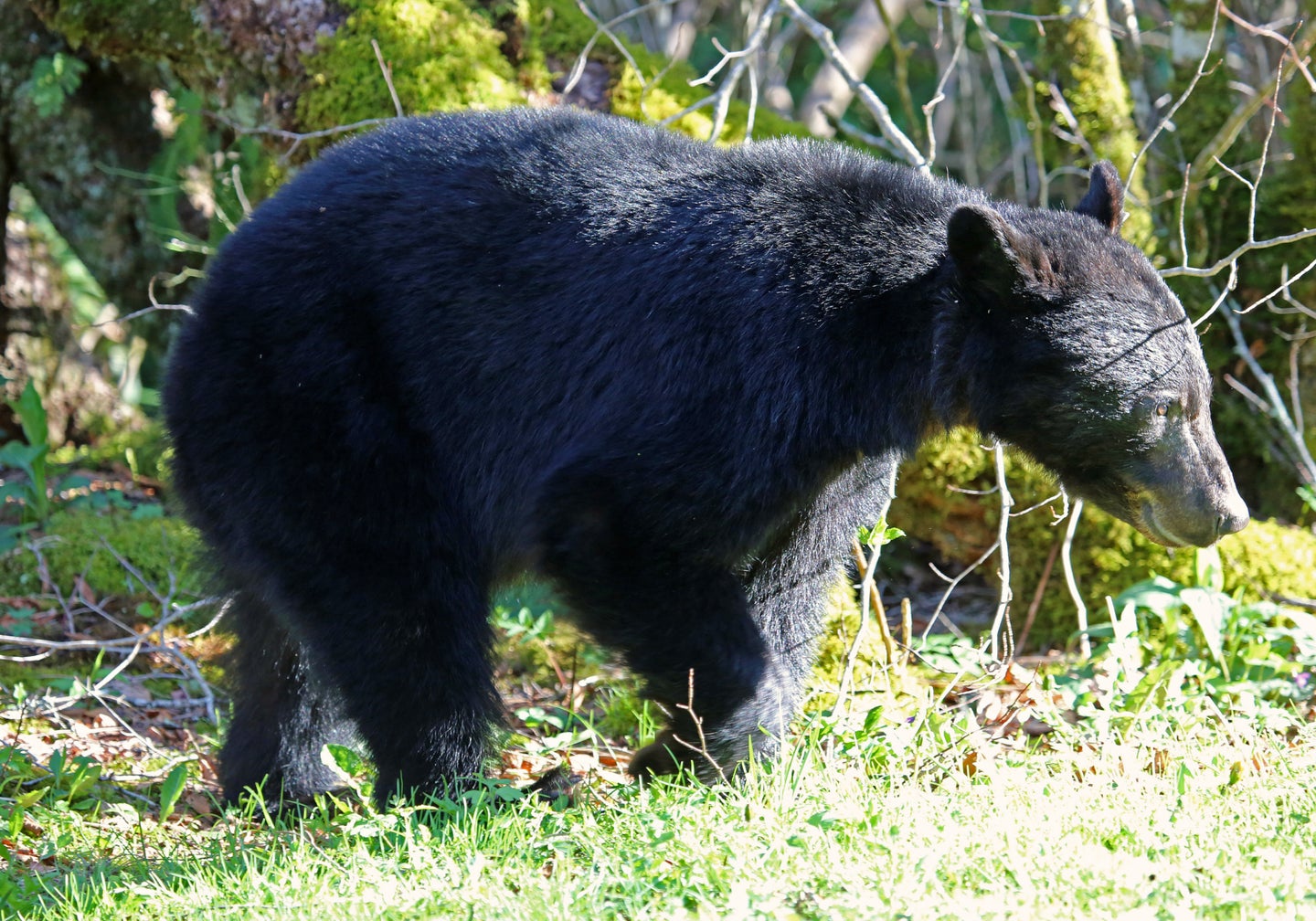 A female black bear has befuddled biologists by completing an epic, 1,000-mile journey across the South and returning to the same campsite where she was captured from. After multiple interactions with humans, Bear 609 was relocated from Great Smoky National Park to the South Cherokee National Forest in July. She allegedly stole a backpack from a fisherman two years ago and was known to eat food off picnic tables. Months after her relocation this summer, the bear eventually made her way back to the national park.

Biologists weren’t exactly floored that she returned to the campsite, which was only about 50 miles from South Cherokee NF. What shocked them was the path Bear 609 took to get there. Her collar data and anecdotes from other communities revealed a route that took her through Georgia, South Carolina, and North Carolina before returning to GSMNP.

After checking back in at the campground, 609 hit the road again. She journeyed down to Alpharetta, Georgia, where she was filmed at a shopping mall before surviving a vehicle collision. She then walked back to the national forest in Tennessee. Bear 609 will continue wearing the GPS collar, and although NPS biologists haven’t received data from the collar in a few weeks, they believe she is still alive.

“She never slowed down,” he told WBIR. “She just kept on going.”

Bear 609 is a part of a decades-long National Park Service study in GSMNP on how bears respond to relocation. Wildlife biologists have discovered that some two-thirds of relocated bears don’t survive very long after being transported and released elsewhere.

“The outcome really isn’t that good,” Stiver explained to WBIR. “Some of the preliminary data is suggesting the majority of those bears are dying in some form or fashion within four months. Whether it’s vehicle collisions, additional conflict, hunter-killed, and things of that nature.”

609’s route is the longest known bear movement in the project’s history, nearly five times the distance of the previous record-setting 215-mile movement captured in 2020. That bear was also moved from GSMNP to South Cherokee NF, and biologists still aren’t sure what to make of these long journeys.

“Is it behaving like this because it was relocated…well hopefully this project will help answer that question,” Stiver said. “When we move a bear, we like to think they live happily ever after. I suspect that is not the case.”