My 30 years of applying, dreaming, and accumulating preference could be taken away and given to a private-land hunter 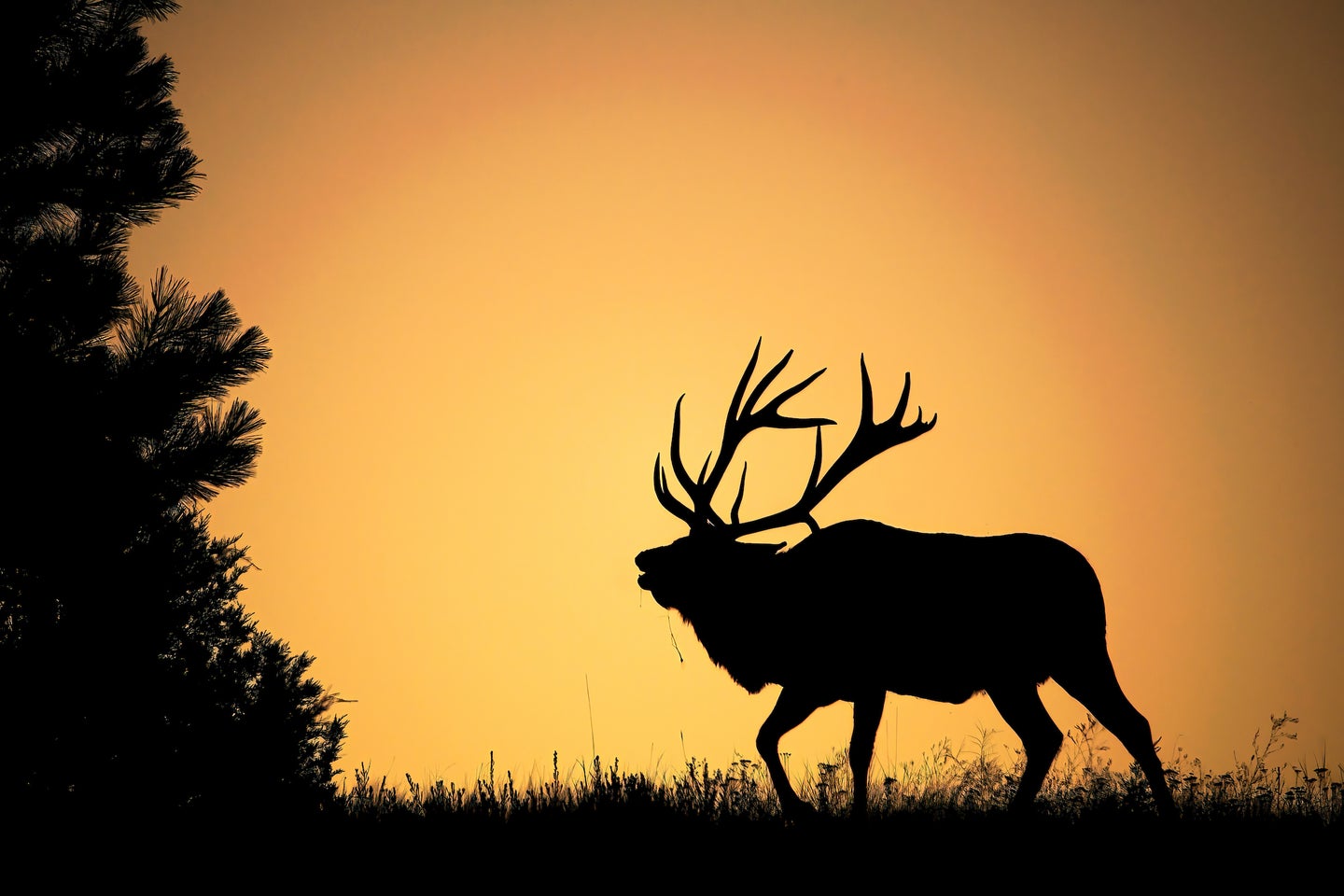 A new Montana proposal would make it much more difficult to draw a limited entry bull tag on public land. John Hafner
SHARE

UPDATE: Shortly after this post was published, the Helena Independent Record reported that Montana’s Fish and Wildlife commissioners indicated to state wildlife managers that they would not support proposals that establish different regulations for elk hunting on public versus private lands. According to the report, commissioners indicated that the elk proposal would not get their support even as a tentative draft that will be circulated for public comment. The commission meets today to consider tentative hunting regulations that will govern Montana’s big-game rules for the 2022 and 2023 seasons.

Two tectonic forces are set to collide tomorrow over how Montana manages its elk herd. Will the state retain its reputation for offering abundant opportunity over long seasons on a variety of landscapes open to public hunting? Or will landowners who are hosting increasing numbers of elk receive incentives to lease their land or sell hunts through commercial outfitters?

Both those poles will be well represented at the regular meeting of Montana’s Fish and Wildlife Commission, which meets tomorrow in Helena to approve draft hunting regulations for the 2022 big-game seasons.

The meeting is expected to be boisterous, tense, and contentious. You can listen in here.

You’re going to hear a fair bit of grandstanding, the airing of historic grievances, and no shortage of hyperbole. Maybe most important, you’ll hear precious little about elk. Instead, this discussion is like a lot of recent public-policy conversations and uses elk management as a lens to resolve two divergent views of the world.

I’ll give you the basics of the issue—and actually talk about elk—before I detail those views, some of which I plan to share with the commission tomorrow.

Montana has too many elk in some places and not nearly enough in others. To put it too crudely, the abundance is on inaccessible private ranches. The paucity is on accessible public land. It’s not like we woke up last week and realized this dynamic was occurring. The population imbalance has been growing for nearly 20 years, but the tools that FWP has used haven’t only not resolved the issue, they’ve made things worse, in many cases pushing more elk onto private land and turning public land into biological deserts.

Those tools have ranged from starting cow hunts in August, extending antlerless elk seasons well into February, and using all manner of incentive to gain access to ranches. Meanwhile, Montana’s human population is also changing. Ranches that were open to public hunting for generations have changed hands, and the new owners have little interest in sharing what they increasingly consider “their” elk. A new generation of “Public Landowner” hunters has intensified their participation on Forest Service and BLM ground, often pushing elk onto adjacent private ranchland.

Still, elk populations are above—in some cases, well above—the population objectives outlined in the state’s Elk Management Plan, last updated in 2004. Statewide, the estimated elk population of 172,000 is double the department’s target; some districts have 1,000 percent more elk than intended. Landowners in some parts of the state have complained so loudly about over-populations of elk that the legislature—not, significantly, the commission—actually mandated population-reduction efforts. In fairness to Fish, Wildlife & Parks, they’re trying a little bit of everything to achieve those legislatively mandated elk-population reductions.

Now, for some wonky regulatory insights. In much of Montana, elk can be hunted on a general license. That means abundant over-the-counter opportunity for residents, and for non-residents who draw one of the 17,000 elk tags (actually, the cap was raised in last-minute legislation in April, and it’s a little hard to know how many out-of-state elk licenses were sold). But elsewhere in Montana, elk are managed by special permits, which are handed out via special drawing. These include some of the iconic herds of the West: Missouri River Breaks, Bears Paw Mountains, Big Snowies, Custer National Forest. According to state law, 90 percent of quotas for limited-draw districts are reserved for residents; 10 percent for non-residents. That’s an important point, especially for outfitters who guide non-resident hunters in these permit areas. Because the cap limits participation, it’s not a very good business opportunity regardless of how big and available the bulls are. It’s also a bummer for non-residents who buy big ranches in special-permit areas; they have to apply for a chance in that 10 percent pool.

These draw units generally have limited elk habitat, good access, and are managed for older bulls. If they were open to general-tag hunting, there would be no cap on hunters (either residents or non-residents), or on outfitted hunters. It’s important to note here that if these special-permit areas were opened to general-license hunting, the age structure of the herd would collapse, but outfitters would be in a good position to sell their services, for at least a year or two, until all the trophy bulls were gone. And non-resident landowners in these areas would be psyched, especially those with ranches big enough to keep bulls off adjacent public land.

What’s at Stake for Elk and Elk Hunters?

So, why has tomorrow’s commission meeting gotten so much traction and angst on social media? Because FWP proposes to eliminate the special-permit bull elk licenses on a handful of these districts that have been managed for limited-entry bull elk hunting for 30 years and more. But only on private land. On public land within many of these units, the special-permit draw would still apply, but quotas would be cut roughly in half.

Let that sink in. On private land, the 10 percent non-resident cap would no longer apply, meaning that outfitters would have new business opportunities, and that non-resident landowners could hunt their ranches every year without entering the draw.

Already, some realtors catering to amenity buyers are seizing the opportunity, making sure potential clients know the Montana landscape may be changing.

Here’s another detail to soak up: these proposals are being pitched as tools to bring elk populations down in over-objective districts. But they give only passing reference to a reality of wildlife management so basic that even most kids get it: You don’t reduce overpopulations of elk by shooting bulls. You do it by harvesting cows, yet FWP’s proposals would generally put so much pressure on antlerless elk that they would move to private land, where hunting pressure is much lower than on public land. If you doubt that, look at the dismal track record of these “shoulder” seasons in reducing populations.

It’s worth noting that the draft revision of permit rules was done at the director’s office in Helena, and not at the field level. FWP Director Hank Worsech confirmed that in a conversation I had with him over the weekend.

“I wanted to put this out there to get people talking, and to bring people to the table so that we can have an open discussion about what’s not working with elk management in Montana,” he said.

But his proposal has Montana’s elk hunters not talking so much as howling.

“My phone has never stopped ringing since Hank announced this atomic bomb,” says one FWP field staffer. “He woke a sleeping giant. I think tomorrow’s meeting will be epic.”

Dozens of Montana hunters plan to drive to Helena to testify in person, and many times that number have registered to comment remotely. In response to a suggestion that FWP may try to limit comment, attorneys representing resident hunters are ready to sue the department for infringement of “right of participation,” which if it prevails may nullify the commission’s actions.

Other residents “urge serious consideration be given to an antlerless-only elk season in those areas that are significantly over [population] objective.” That audacious proposal, if adopted, would suspend bull hunting for a year or more.

Let me put the intensity around this issue in extremely personal context: I have applied for the past 30 years to hunt elk on a special permit in a limited-entry area. Every year, when my application is rejected, I’m consoled only by the accretion of one more preference point, which presumably gives me just a little bit better odds in the next year’s draw. Now, all of a sudden, that 30 years of applying, dreaming, and accumulating preference could be taken away from me and given to a private-land hunter.

I promised to riff a bit about all the context for this ire that has little to do with elk. Montana is in the midst of a change of its political culture. It’s historically been a determinedly purple state, splitting its congressional delegation and routinely electing Democratic governors while the legislature has been increasingly dominated by Republicans.

Republican Greg Gianforte was elected governor in 2020 with widespread support from large ranchers, business interests, and the outfitting community. The Republican legislature, now freed of a governor’s veto, made good on its promise to push through a number of regulatory rollbacks, including those affecting wildlife management in the state. Bills that would have used hunting-license funds to reimburse ranchers for forage eaten by big game and another allowing landowners to “sponsor” as many as 20 non-resident elk hunters were beaten back by resident hunters at the last minute. It’s worth noting that many of Montana’s limited-entry elk permit areas are in the eastern half of the state, where rural Republicans dominate.

I, myself, played a bit role in this legislative drama. Appointed as an interim Fish and Game Commissioner by the outgoing Democratic governor, I was subject to Senate confirmation. Despite widespread support among the state’s organized conservation groups, I was discouraged from attending my own confirmation hearing by Senate Fish and Game Chairman Steve Hinebaugh (R-Wibaux).

“I’d hate for you to go all that way [to Helena] just to be disappointed,” he told me in a phone call the week before my scheduled hearing back in January. “We’ve been told that you are not to get a passing vote in my committee.”

Whether that word came from Gov. Gianforte or not was never clear, but sure enough, my confirmation was denied. In my place, Gianforte appointed his former running mate. The commission now has six Gianforte appointees and only a single holdover commissioner. This distribution, along with the way that these elk-season changes were made from the top down, have Montana resident sportsmen and women worried that wide-open elk hunting is a gift to political supporters and not a sustainable wildlife-management solution.

“It’s the privatization of a public resource — the King’s deer — and they’re not even attempting to hide it,” tweeted the Montana chapter of Backcountry Hunters & Anglers.

Where Do We Go From Here?

What’s likely to happen tomorrow? It’s anybody’s guess, but it appears that the overreach by the director’s office has coalesced Montana resident hunters around fighting to preserve special-permit elk districts. Most commenters are asking the commission to either reject Worsech’s proposals or table them until they can be subject to broader public scrutiny and conversation.

Interestingly, a number of elk districts currently managed for special-permit hunting were not included in Worsech’s proposal. They include those in my homeland of northeastern Montana, and the scattershot inclusion of districts has caused many observers to question the rationale for the proposal.

I’d like to think that those preserved special-permit districts are the result of the best kind of wildlife management, the kind that’s based on conversations with neighbors and bringing hunters and landowners together to talk about sustainable, predictable distribution of supply and demand.

Plus, I’m really hopeful that year 31 of my application for a special-permit bull tag comes with a fat envelope and a letter that begins, “Congratulations, Montana Elk Hunter…”