An early arctic blast sends ducks pouring into North Dakota's prairie potholes, where, if you're lucky, you can still hunt on a handshake 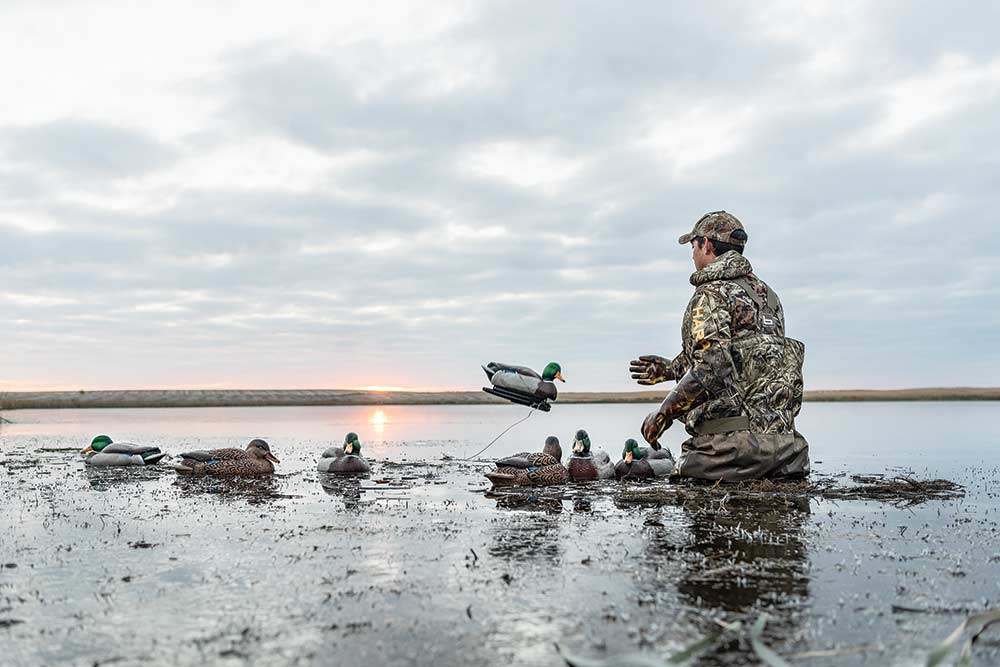 Icebreakers: Each morning we had to bust open a hole through the skim ice that had formed the night before. —A.R. Bill Buckley
SHARE

Our morning hunt rests entirely on this farmer’s answer. He’s standing in his doorway wearing red flannel and a skeptical look. I worry for a second that Brantley’s Kentucky accent has jeopardized this whole thing, but before we even really get around to asking, the old farmer tells us to “go right ahead, just don’t shoot near the house.”

We shake his hand and hop back in the truck, giddy with the promise that the morning now holds.

Just 10 minutes into legal shooting light on the next morning, we’ve killed four ducks over our pothole spread. As Otis is shaking off her fourth retrieve, I hear Brantley mutter to no one in particular: “Holy crap, here they come.”

There’s a flock of 20 gadwalls locked up, dropping through the wind, with at least 200 more ducks lined up behind them, hooking in hard. We shoot and laugh and call and cuss until each of us has our limit of ducks. Then we pack up and head in for breakfast.

This becomes our routine for the next four days: Scout in the evening, find an ungodly amount of birds piled into a small puddle, shoot those birds the next morning, eat breakfast (which by midhunt consists of fried duck and hot sauce), clean birds, reorganize gear, scout again.

Two things make this limit-every-morning hunt possible for nonresidents like Brantley and me. The first is an early, bitter cold front that pushed the leading edge of the migration right into our laps. Mallards, gadwalls, wigeon, greenwings, pintails, and an assortment of divers sailed down on a northwest wind just as we arrived. The second is the hospitality of the North Dakota rancher. We had come to hunt ducks, but the most fun we have is hanging out at night, drinking whiskey and hearing stories from the ranchers who gave us access to their ground.

My theory is that farming and ranching on the cold, windswept northern prairie turns people nicer. Up here there just aren’t that many folks around—in the dead of winter a rancher can go a week or more without seeing another living soul—so you had better be kind to the people you run into.

Is that romanticizing farm life on the prairie? Maybe a little. But I know this much for sure—it makes for some damn good duck hunting.