The Monster of Lake Conway: Large Alligator Captured on Video in Central Arkansas

Rumors have circulated for years about a big alligator prowling Lake Conway in central Arkansas. Recently, a kayak angler caught it on camera 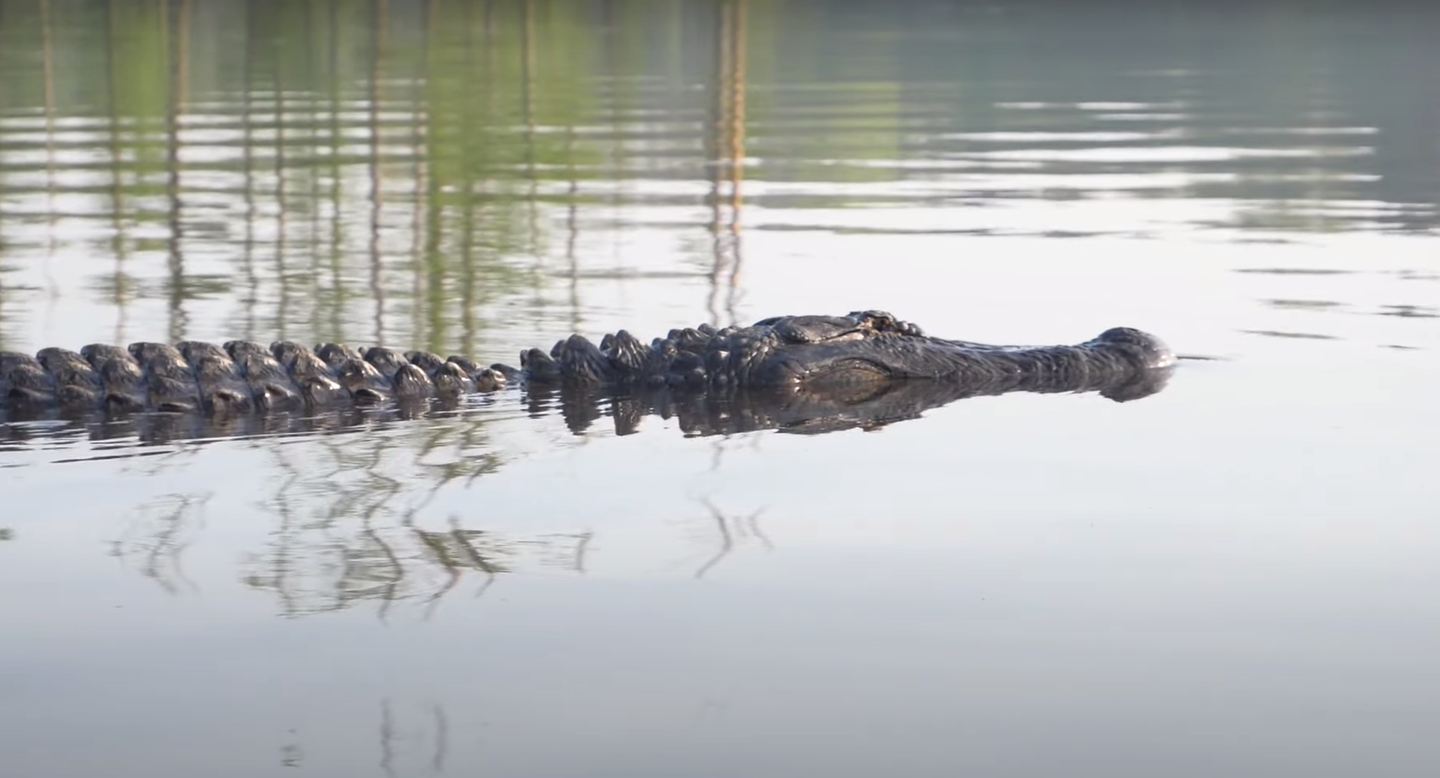 Cole Harken of Conway, Arkansas was out for a day of kayak fishing on 6,700-acre Lake Conway when he crossed paths with a huge and very rare alligator swimming at the surface.

“He was at least 9 feet, could be 10 feet long,” Harden said in an interview with Little Rock Fox16-TV.

Harken has fished the lake for over 20 years and has heard tales of a big gator. He didn’t believe them until he saw the reptile from his kayak. He made a Youtube video of his encounter, which you can see below.

The video is mostly shot from his low-to-the-water kayak as he approaches the gator within just 10 yards, he says. He also sent a drone aloft and got some remarkable video above the animal as it swims along the lake’s surface through weeds and lily pads.

The full length of the oversized gator is clearly visible. From its broad head to its powerful swishing tail, the gator shows well above the surface. The high and jagged ridge line along the back of the gator is well pronounced, a testament to its large size and age.

Lake Conway in central Arkansas looks a lot like Florida or South Georgia, with its large and towering flooded cypress tree islands and shoreline. But seeing an alligator cruising the surface of the 6,700-acre lake north of Little Rock is a unique sight compared to other Deep South regions.

“I spotted the Lake Conway unicorn,” Harken jokes in the video. “I’ve been on the lake for over 20 years, and this is the first time seeing the gator.”

Harken says he didn’t believe rumors of the alligator on Lake Conway until he saw some recent photos of the reptile made by other people who reported it.

“Now I can confirm the it,” Harken says. “Be mindful of your dogs, he might snatch em up. I’m not going swimming here anytime soon. [But] hope it doesn’t take another 20 years for me to see him again.”

Alligators have made a strong comeback in Arkansas, but they are primarily found in the southeastern and southwestern corners of the state. Lake Conway is in the very middle of the state, and only about 100 miles south of the Missouri border, as the crow flies. Arkansas Game & Fish herpetologist Kelly Irwin told KARK.com that there are between 2,000 to 3,000 gators in the state.

Arkansas has had a successful, regulated gator hunt for 15 years running, and last season hunters tagged 161 alligators in the state. The largest alligator ever take in the state was a 13.5-footer tagged by Travis Bearden during the 2020 season. That massive alligator weighed 800 pounds.