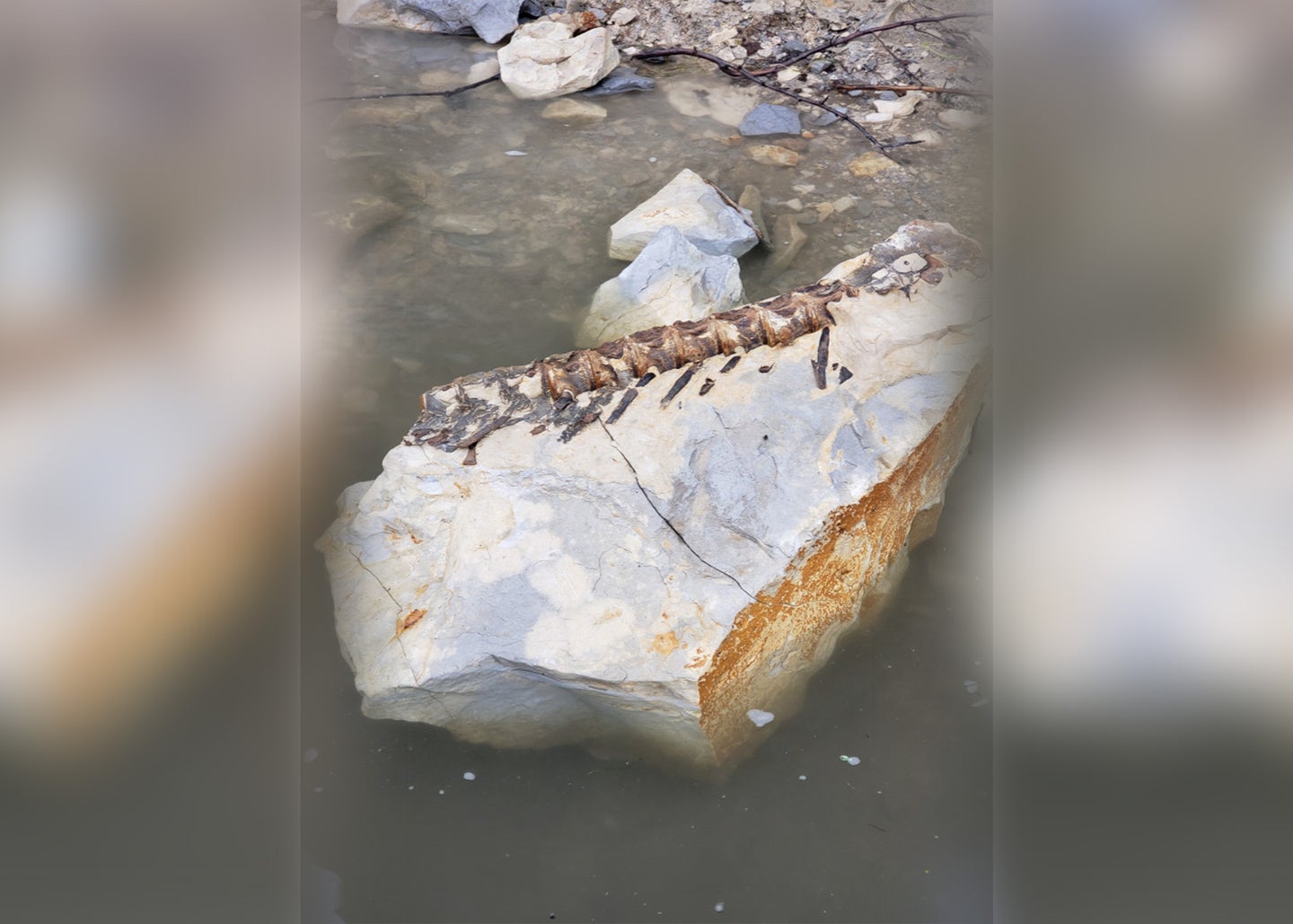 Angler Andy Moore snagged the fossil while casting a jig in the Missouri River earlier this month. Andy Morore
SHARE

Andy Moore, of Elkhorn, Nebraska, was casting for cash earlier this month during a kayak tournament on the Missouri River near the town of Yankton, South Dakota. He made an errant cast wide of his mark and snagged an immoveable object on shore that he thought was a rock.

“I pitched my jig and it’s way left and I’m like oh man,” Moore told WOWT-TV6 in Omaha. “I get up to it, and I’m like, ‘Oh wow! That’s kind of cool.’ I thought it was a big catfish skeleton or a deer skeleton. Something told me to take a picture of this.”

Moore shared photos of the skeleton on social media. Pretty soon his phone was blowing up with excited phone calls and texts from people who realized that the jumble of bones Moore thought was a deer or catfish was something much more unusual.

Some were telling him it was an ancient fossil, perhaps millions of years old. So Moore contacted the U.S. Army Corps. of Engineers to report his find.

Moore and a biologist from the Corps. returned to where he found the the old bones—the photo on his phone showed the exact GPS coordinates—and the biologist was stunned at what they found. “The (Corps) guy saw it,” Moore said, “and he just jumped out of the boat in his boots goes up to it, and says, ‘Oh my god’.”

The Corps biologist told TV6 the fossil may be up to 90 million years old. The Nebraska Game and Parks Commission also weighed in on the find, saying it was likely from a long-extinct species of “bulldog fish,” which was a powerful predator fish with large fangs that could grow up to 20 feet in length. The agency referred to the species as a “big, toothy tarpon” that swam over Nebraska when the area was still an ancient seabed.

“I’m still kind of mind-blown about the whole thing,” said Moore, who didn’t do well in the fishing tournament, but didn’t seem to care. “I have the discovery of a lifetime.”