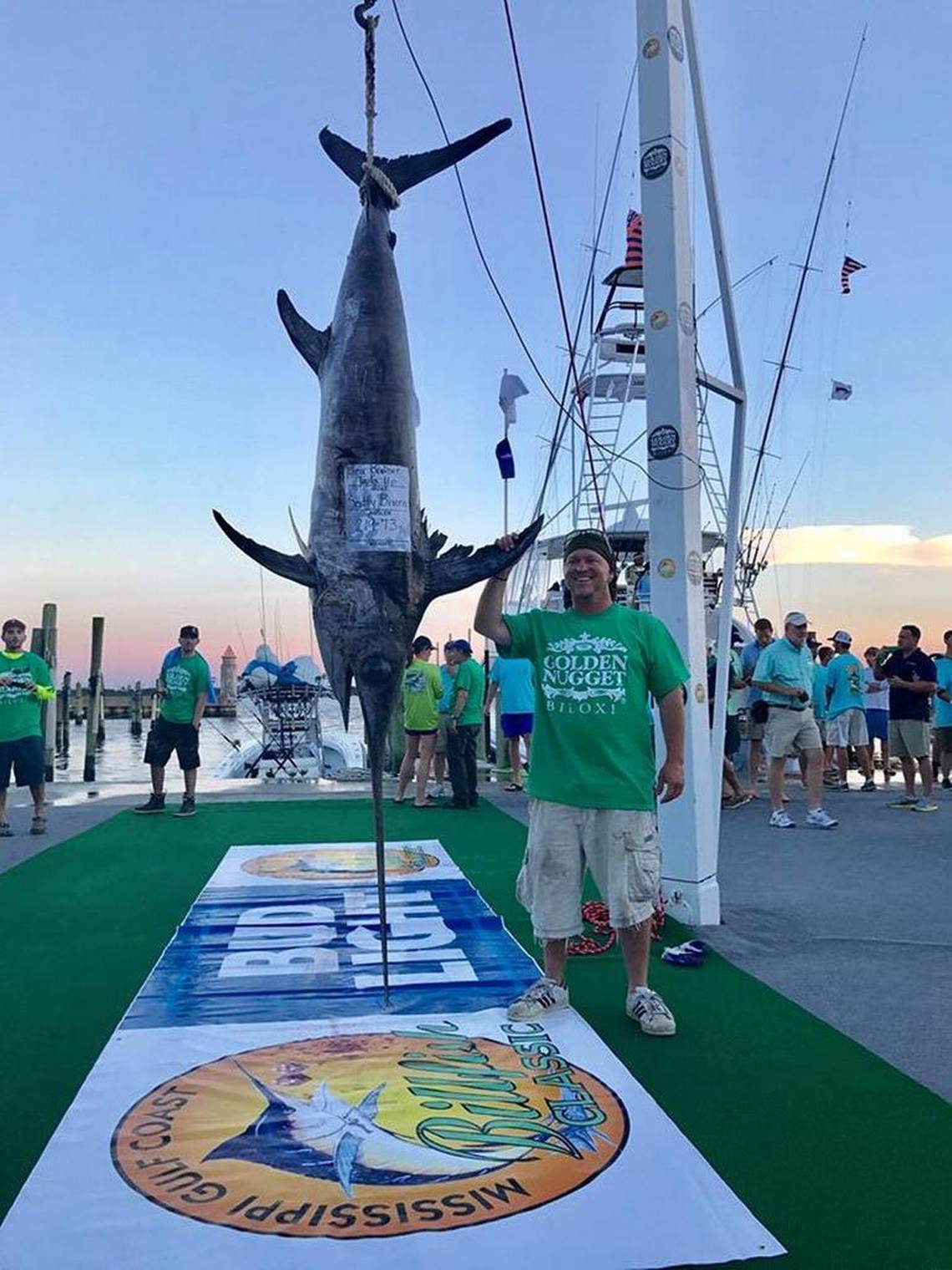 It was a grueling five-hour struggle fighting a massive swordfish using “stand-up” tackle for angler Capt. Donny Jackson Jr. and the crew aboard his Sea Cruiser out of Venice, Louisiana. It was June 12 and the anglers were competing on the last day of the popular Mississippi Gulf Coast Billfish Classic out of Biloxi. But they hooked the fish 200 miles west of the tournament site in Jackson’s home waters off Louisiana, where he specializes in blue-water angling.

“The fish kept doing these violent headshakes,” Jackson told the Louisiana Sportsman. “We’d get him up a little, and then he’d go right back down to the bottom.”

“We thought that he was done after two and a half hours,” Jackson said. “It was just a big, big fish.”

Finally the fish tired after five hours, was drawn close to the boat, and the anglers gaffed it. All five men aboard the boat were needed to haul the massive swordfish through the boat’s tuna door and onto the deck of the 39-foot Contender. Now, at nearly noon, they had to make the long haul back to Biloxi. If they made it before the tournament scales closed at 6 p.m., the fish was worth nearly $300,000 as the new Mississippi state-record swordfish.

The problem was fuel. Was there enough to get the boat home, and make the weigh-in in time? Powered by triple Yamaha 425 engines, the Sea Cruiser is a rocket ship on water, and seas were favorable at 1 to 2 feet.

“Usually I don’t run my boat wide-open,” Jackson said, “but with so much on the line, we did.”

At speeds topping 60 mph. Jackson had figured to top off his fuel tanks in Venice, but just short of the marina fuel lights flashed, the engine sputtered and the boat stopped.

“We were heartbroken,” he said. “Luckily, I remembered that I saved 9 gallons of fuel in one of my side tanks for this reason.”

He switched tanks and pumped the fuel bulbs, and they made it to Venice Marina, where they topped off the fuel tanks in 15 minutes. Jackson and his crew arrived at Biloxi Marina with 5 gallons of fuel and just eight minutes to spare—setting the new Mississippi state-record swordfish and pocketing $283,923 for the first-place swordfish in the tournament. The previous state record was 242 pounds, 8.64 ounces, set in 2017.