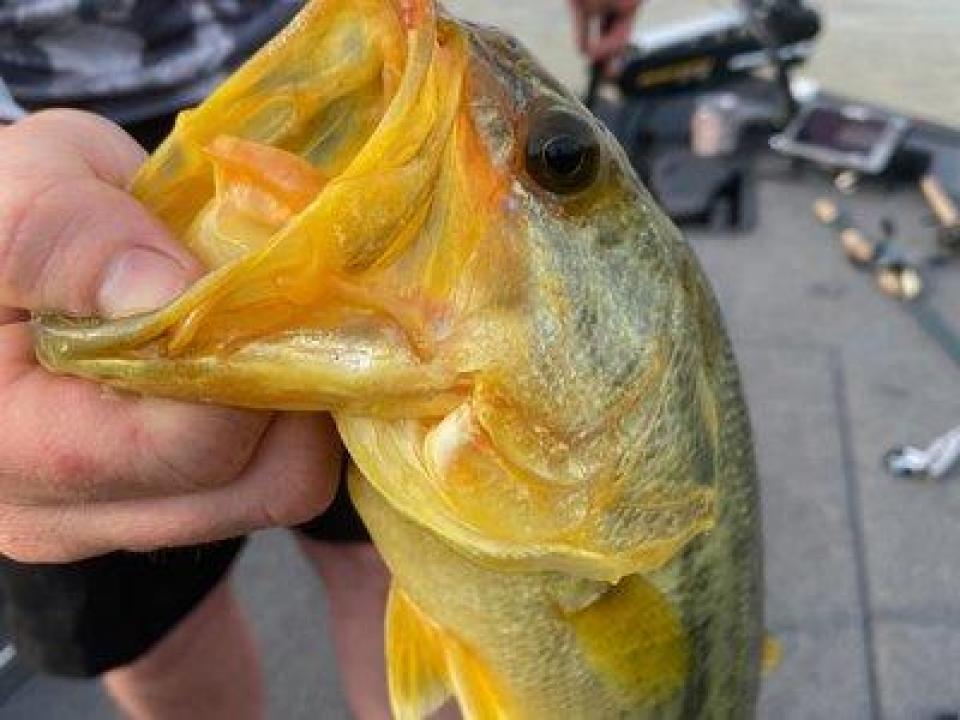 Bass angler Josh Rogers fishes Beaver Lake in northwest Arkansas about twice every week. But when he boated a 2-pounder recently he knew it was a fish of a different color, according to a website report from the Arkansas Game and Fish Commission.

Rogers was casting a swim jig when the fish hit, and as he drew it close he knew the bass was unlike anything he’d seen previously.

“When I looked at the mouth and gills I wondered if he was sick,” said Rogers. “My buddy I was fishing with said, ‘Surely it’s not something he’s eating that would turn him that color’.”

Rogers reported that area of Beaver Lake is muddy and he thought perhaps the fish was an odd color because of that.

He took photos of the fish, then released it. But an hour later he thought the fish was so unusual he should post photos on social media. He quickly learned the fish was a one-in-a-million catch, as the bass had a rare but natural genetic condition called Xanthochromism.

The odd phenomenon replaces a bass’ normal dark colors with yellow-like pigment, and while strange, is well documented in wild fish.

“I’d never heard of one like this before seeing one,” said Rogers, who will have a replica mount made of the golden bass.