The Fonz Is Catching Hell for Catching (and Releasing) a Trout 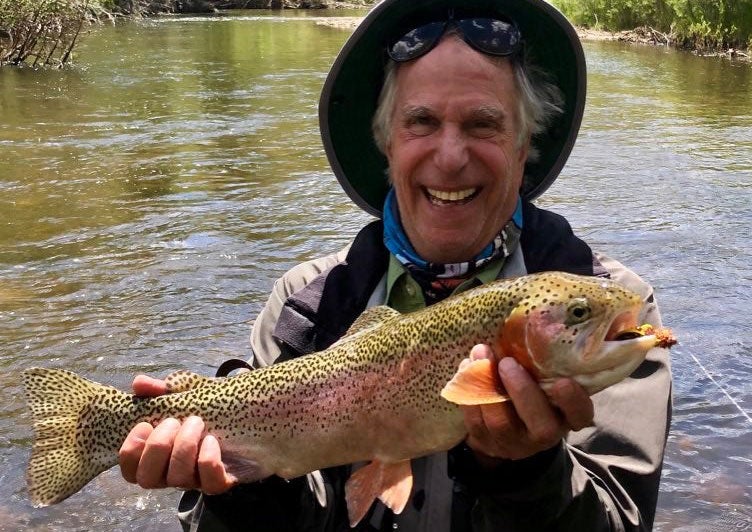 A legendary actor is being attacked on Twitter for showing a picture of a trout, which he released. Henry Winkler, who you might recognize as the Fonz from the sitcom “Happy Days,” is also a big fly fisherman.

Last week he tweeted a photo of a stud cutthroat trout, with a simple message: “I can’t even express the beauty everywhere on our planet,” referring to his big fish and the beautiful river it came from. The post sparked outrage from people who seemed to think that catch-and-release fishing is a special kind of evil. The comments on Winkler’s tweet are brutal.

We should never be surprised about how foolish social media commentary can get when it mixes Hollywood with hunting and fishing, especially in this age where outrage has become a recreational activity. But the uproar about this post is somewhat surprising because so many other celebrities have been promoting fishing for years. Oprah fishes, Hugh Jackman fishes, and Chris Pratt makes funny-as-hell video tutorials about how to fillet a fish and put the “man back in fisherman.”

For his part, Winkler enjoys fishing so much that he’s written a book on the subject, titled “I’ve Never Met an Idiot on the River,” which is “an expression of the inherent optimism that stems from the simplicity of the outdoors.” Winkler hasn’t said anything about negative comments around his Twitter post, but he hasn’t deleted it either. Good for him. Maybe his next book will be titled: “I’ve Met Lots of Idiots on the Internet.”