Six lake sturgeon hit the ice this weekend, causing the DNR to close the four-day season in just under 40 minutes 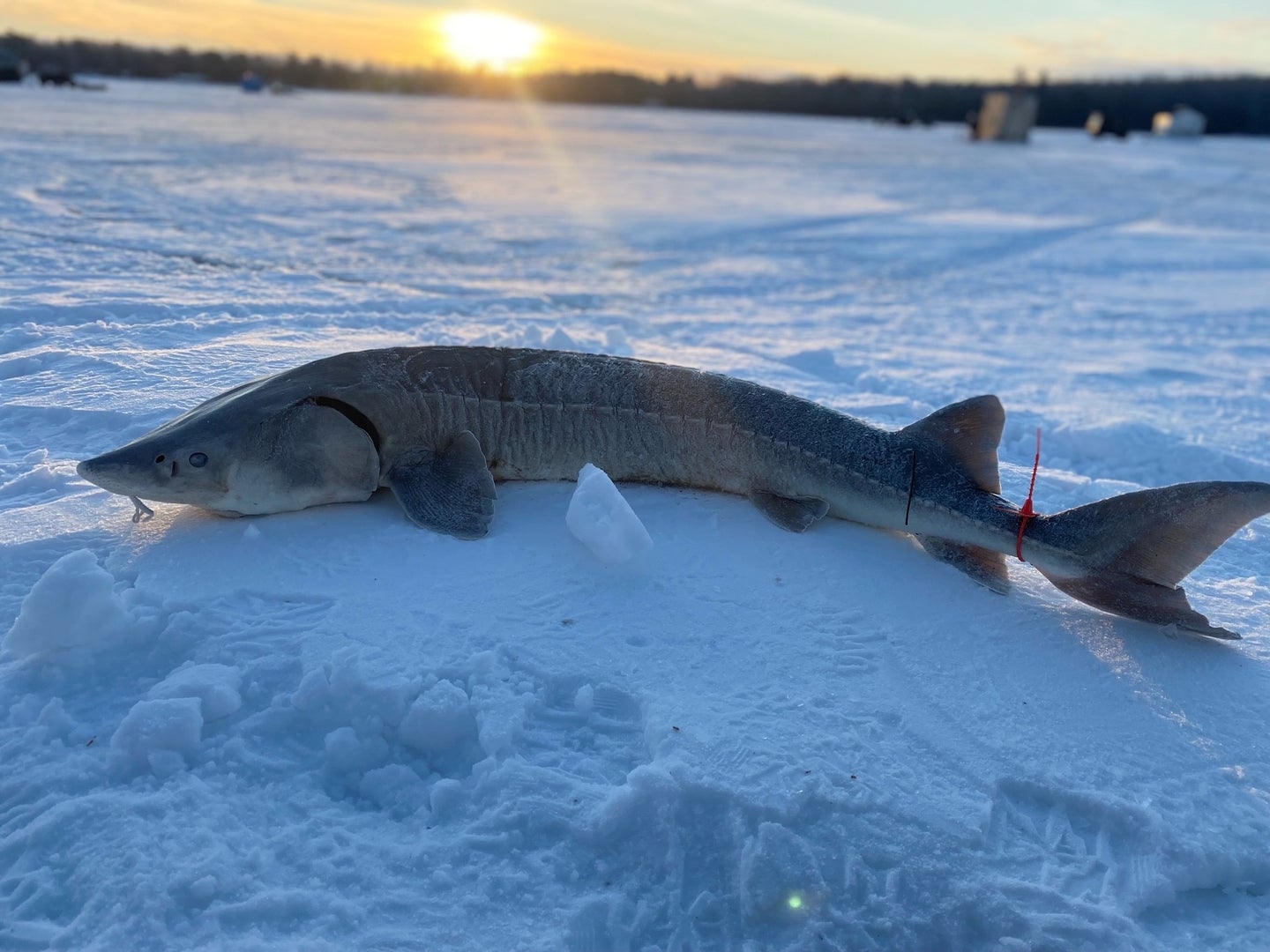 After just over a half-hour of fishing in Cheboygan and Presque Isle counties, Michigan’s season for Black Lake sturgeon closed at 8:36 a.m. Saturday after six lake sturgeon had been caught.

The Department of Natural Resources registered 565 anglers for the season, which had been set for Feb. 5 through 9. Although the sturgeon quota had originally been allocated to seven fish, the DNR knocked the harvest quota down to six to accommodate the possibility of a simultaneous harvest.

As soon as the sixth fish hit the ice, a 56-inch male that weighed 35 pounds, participating anglers received text message alerts from the DNR, whose personnel also stopped by ice shanties to deliver the news in person.

The season included spearing and hook-and-line fishing, and all six sturgeon that were caught—five males and one female—had been previously captured and tagged during spring spawning runs monitored by the DNR and Michigan State University. The largest fish, a 62-inch male that weighed 67 pounds was first tagged in 2002, and was captured every other year in the spawning run through 2020.

Officials have been working for more than a decade to rehabilitate sturgeon populations in the state. Sturgeon numbers began declining in the 1800s due to rivers being dammed and general habitat loss (especially spawning habitat). Fishing has also caused excess mortality among adult sturgeon, which is why the season is now so carefully monitored.