Few anglers respect the bowfin, but Chase Soptelean's mudfish is an eye-popper 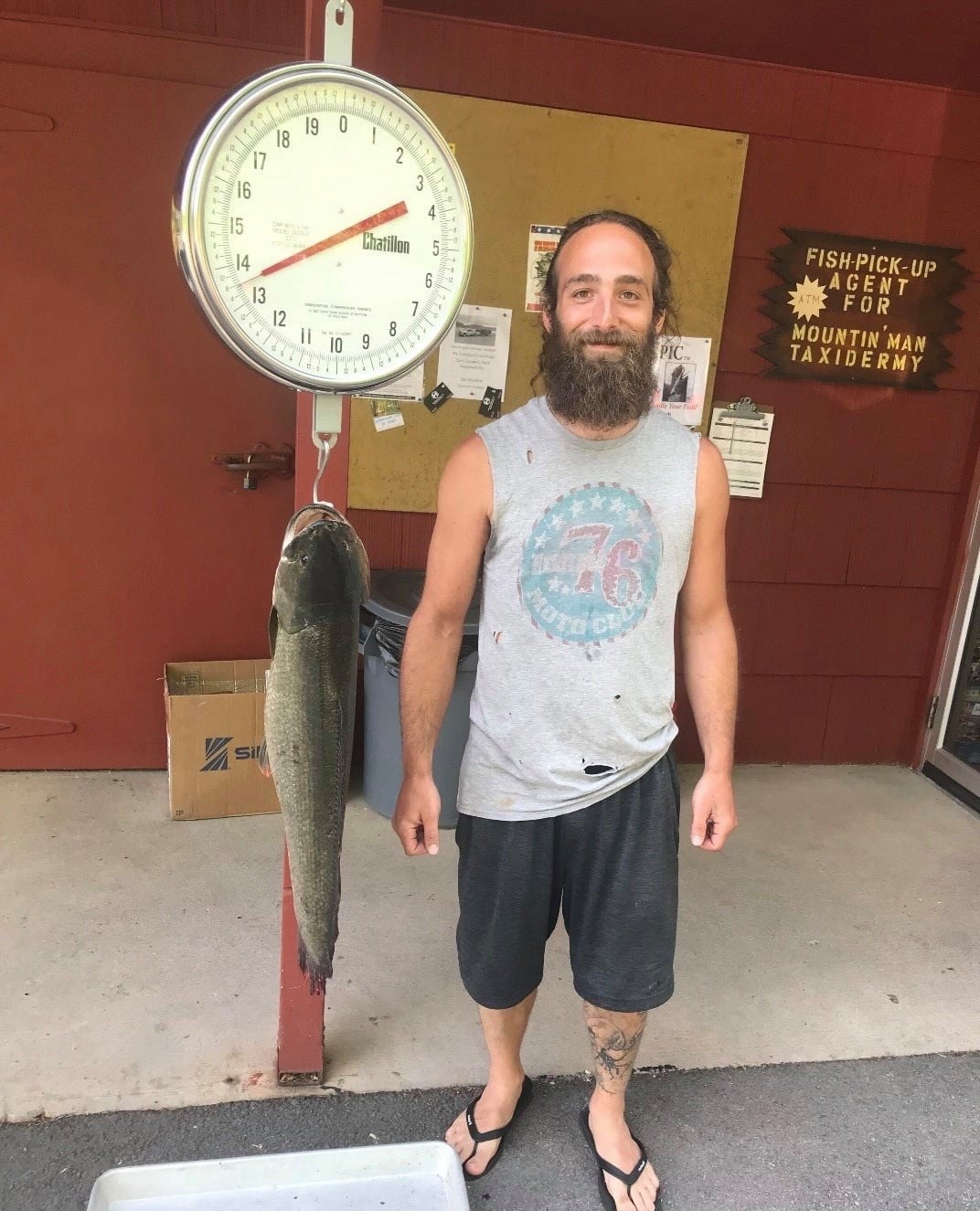 This is the first and only state-record fish caught so far this year in New York—that we know about, at least. And while it may not excite elite fly-rod anglers on the storied Catskill trout streams, Chase Soptelean has a confirmed state-record bowfin catch most other anglers can only envy.

Soptelean was fishing for northern pike with cut bait in Monroe County’s Yanty Creek this June when he hooked a heavy fish that fought hard and well. Surely believing it was a nice pike, Soptelean soon drew the fish close and saw it was a giant bowfin, or a mudfish. After weighing it on certified scales, Soptelean thought perhaps the 13-pound 8-ounce fish might be one for the record books. The New York state angling records revealed that Soptelean’s bowfin would nudge out the previous state-record bowfin by 10 ounces.

Bowfin are native to New York, thought they’re often confused with the invasive snakehead. Fisheries biologists report that, based on the fossil record, bowfin is the only living species of a once widespread family of primitive bony fishes. Yet they still are common throughout much of Eastern North America, from Canada to the South, and are becoming increasingly common to spot and catch in recent years. Bowfin are known by plenty of names, including mud pike, dogfish, cypress trout, griddle, grinnel, swamp trout, and choupique.

They fight surprisingly well, and are caught regularly by bass anglers using soft plastic lures. Bowfin are not considered good table fare because they are extremely boney with a muddy-tasting flesh.

While bowfin caught by anglers are commonly in the 2- to 6-pound range, the IGFA all-tackle record for the species is a hefty 21-pounds 8-ounces, caught from Forest Lake near Florence, South Carolina, by Robert Harmon in January 1980.