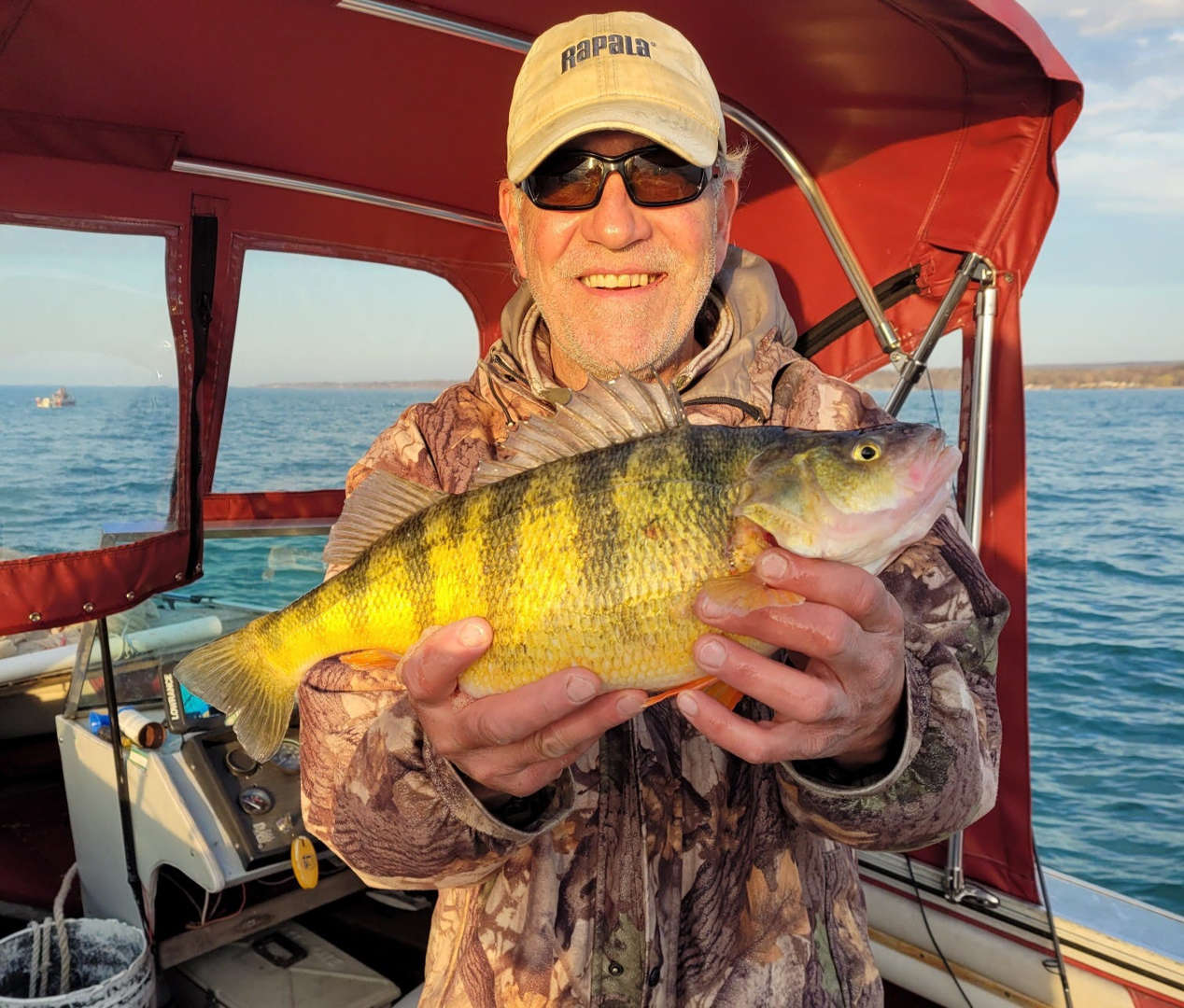 Kirk Rudzinski, 63, of Erie, Pennsylvania has fished Lake Erie for 45 years and caught countless yellow perch from it. So when he boated a hefty, roe-laden fish on April 9, he knew it was the biggest perch of his fishing career. And perhaps a state-record perch, too.

As it turns out, Rudzinski was correct on both counts. His fish has just been accepted by state officials as the Pennsylvania yellow perch record.

It weighed 2.98 pounds on a certified scale, which the state rounded up to 3 pounds. The fish measured 16 7/8 inches long and 14 inches around.

Rudzinski and his friend Sam Troup, 62, had been fishing Erie successfully at a couple spots through the afternoon. But the perch schools moved, so the anglers re-anchored to a new location about 100 yards away, where they marked fish on their boat sonar and started catching perch again.

“When I felt the pull, I thought I had a double,” Rudzinski told PennWatch about catching the state-record perch. “My drag was set loose and as I was reeling, the fish was taking some line. As it got closer to the boat, I realized that it was a single fish and I told Sam he’d better grab the net!”

Rudzinsky kept the fish on ice until the following day when Pennsylvania Fish and Boat Commission conservation officer Matt Visoksy verified the fish species, reviewed photos of the weight and measurements, and certified the catch.

“It’s a thrill to know that there are big fish like this out there,” said Rudzinski. “Walleye fishing has been world-class on Lake Erie for several years now, but the yellow perch fishing has been a challenge. We’re in a bit of a decline. It’s not only a thrill to have this record, but this big fish is a really positive sign of good things to come.”

He will have the new record perch mounted by a taxidermist.