3 Made for TV Lures That Changed How We Fish

These baits may not have gotten a lot of respect, but they led the way for many lures we now love 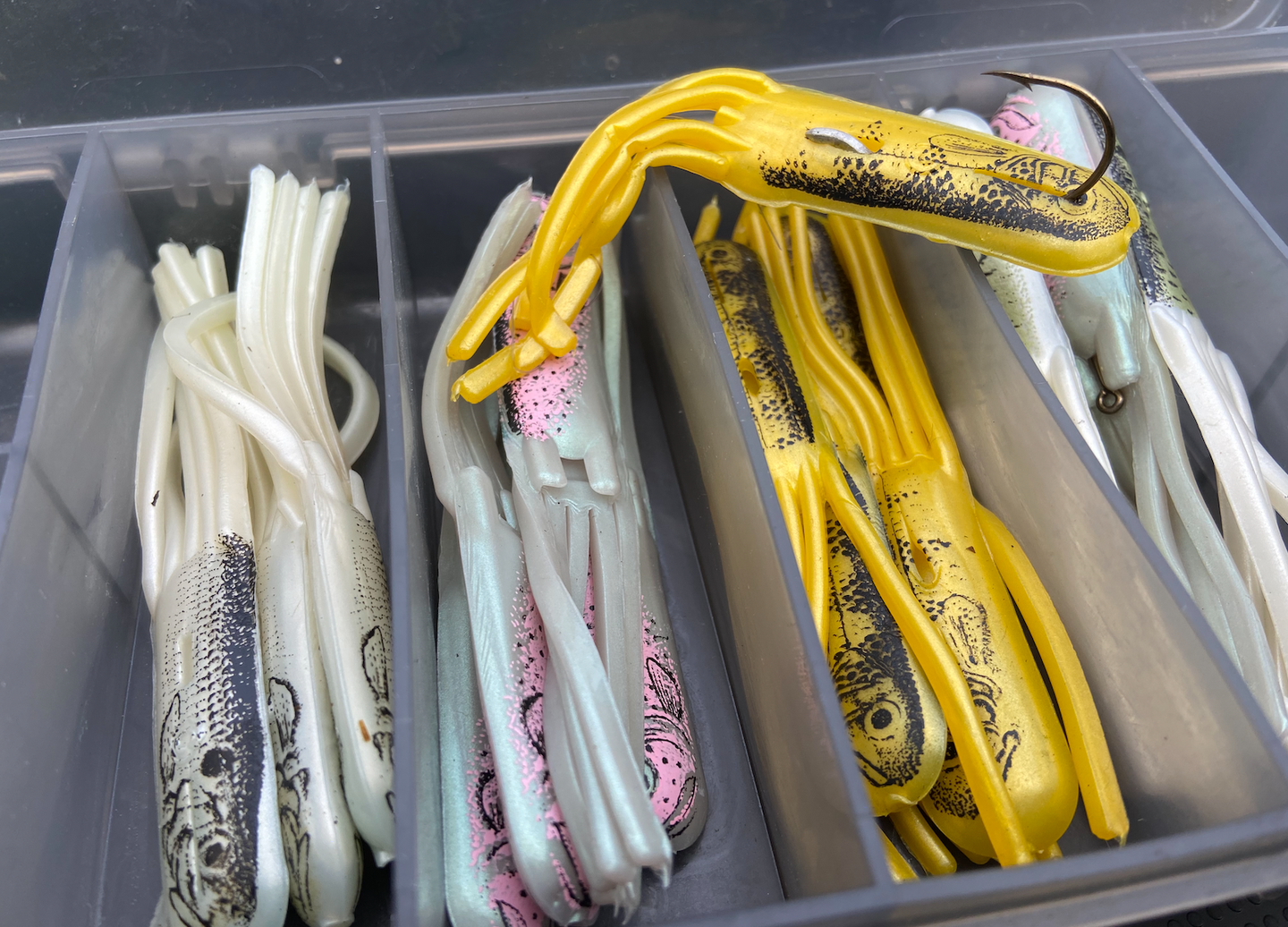 If you invited me out on your boat and I busted out a Banjo Minnow kit, what would you say? Would you make fun of me? Would you ask me for one because you caught so many fish on them as a kid? Opinions on the Banjo and so many other “TV lures” vary greatly. But even if you liked them, there is always that twinge of worry about not being taken seriously if you cast one.

Some of the newer TV lures—like the Mighty Bite—are just plain laughable, as the majority are just versions of proven lures that already exist with the addition of lights, scent, bells, and whistles you don’t need. The same cannot be said about some of the TV lures of the 90s. At least the makers of those baits were trying to be innovative. It worked better for some than others, but what can’t be denied is that they paved the way for successful modern baits. Let’s break down the big three.

Of all the lures that have been hyped via hour-long infomercial, none is more famous than the Banjo Minnow. Even people with no love or knowledge of fishing have heard of these lures, because for more than a decade they were swimming across television screens, featured prominently at Wal-Mart, and even had dedicated kiosks at malls across America. On one hand, all that promotion sold thousands and thousands of lures. On the other, it branded the Banjo as a gimmick not to be taken seriously by hardcore anglers.

When I was 12 years old, I got the Banjo kit for Christmas. So did two of my cousins that same year. For months I stared at the package on those cold, snowy days anxiously awaiting spring, because according to TV I’d catch every fish in the lake. I didn’t, though. Nor did my cousins. In hardly any time, I’d lost most of the tiny little rubber bands, and screw-in eyes, and spacers required to properly rig a Banjo, at least if you wanted it to swim like the ones in the infomercial. Chalk it up to youthful impatience and lack of interest in reading instructions, but I found it easier to stick them on a jighead. Did they catch fish? Yes. More than other lures? No.

But still, it was a groundbreaking lure.

If you look back to the 90s, soft-plastic swimbaits were not all the rage like they are now. Choices were limited, with the stiff Sassy Shad and its few color options being the front runner. From a purely money-making standpoint, Banjo inventor Wayne Hockmeyer was smart to promote his lures on TV, however, it cost him credibility among “serious” anglers. While the big tackle companies may have scoffed at Hockmeyer, they paid attention to the Banjo, which became the model for the countless soft-plastic swimbaits that would follow. So, next time you buy a pack of your favorite Keitechs or Storm Shads, you can thank those “gimmicky” Banjo Minnows in part for their existence.

The Flying Lure was, in a word, genius. Developed by Alex Langer, these flat, soft-plastic tube baits could be seen on late-night TV right around the same time as those Banjo Minnow infomercials. While the two lures may have been competing for eyeballs and sales, in terms of ease-of-use, design, and fish catching ability, I always felt the Flying Lure had the Banjo licked.

The magic of the Flying Lure came from the special lead inserts included with every kit. They were thin with flat wings near the hook, and unlike traditional tube baits where the hook is hidden in the skirt, Flying Lures were rigged backwards. The hook protruded from the bait’s head, and the eye was positioned near the skirt. What this rigging achieved was a backward fall. So, as an example, if you pitched a Flying Lure tight to a dock, it would glide at an angle under the dock. Even if you weren’t making the lure “fly” under structure, the flat profile gave them a darting, jerking action when jigged that drove fish crazy. There was just one problem with the Flying Lure—the thin-wire hooks were weak. A ten-plus-pound bass might gobble one, but there was a good chance the hook would bend out during the fight.

A quick bit of research shows that you can still buy new Flying Lure inserts on eBay, though despite efforts to make them somewhat readily available, the lures never overtook the tube market because without the special inserts, they’re kind of worthless. I still have some Flying Lures in my garage, but I only have one precious insert remaining. Still, the Flying Lure nudged later bait makers to consider how baits move. Today, body designs, fins, weight transfer systems, and the myriad jighead styles on the market help lures do what the Flying Lure did 30 years ago—fall at a specific angle and change direction randomly.

Roland Martin might have made a pile of cash slapping his name and image on the Helicopter Lure, but it was also seen by many as a sell-out move. Martin is an incredibly respected angler and a pioneer of bass fishing, and while the Helicopter Lure may have seemed pioneering in the 90s, all you had to do was fish one to learn just how horrible it really was. Now, “horrible” doesn’t equal “unproductive.” I’m not suggesting that the Helicopter Lure didn’t catch bass, but its design proved to be a bit of a disaster.

A Helicopter Lure looks like an ice cream cone with 3 boomerangs at the fat end. These soft-plastics were supposed to be rigged on an extra-wide-gap hook to be weedless. While they could be fished subsurface, they were touted as a topwater. Reel steadily and those blades twirled away, sputtering and bubbling across the surface like a propellor. To achieve this, however, Helicopter Lures needed to be rigged on a short leader with a barrel swivel connecting the mainline. So, similar to the Banjo, the rigging wasn’t convenient and required more than just a hook and a lure. The biggest issue, though, was that smaller bass had a hell of a time getting their mouths around those blades and finding the hook. If the bass didn’t inhale the bait deeply and quickly, there was a strong chance you just weren’t connecting.

Of all the “As Seen On TV” lures, it’s easy to argue that the Helicopter was the biggest flop, but it still got other wheels—or blades, maybe—turning. Nowadays, soft-plastic topwater lures are wildly popular. From dragonflies to buzzing toads to floating minnows, there’s no shortage of easy-to-rig rubber baits that can run through the pads and weeds as cleanly as a Helicopter. And when one of them gets blasted, you’ll actually land the fish.