Garmin Alpha 200i, Tested and Reviewed 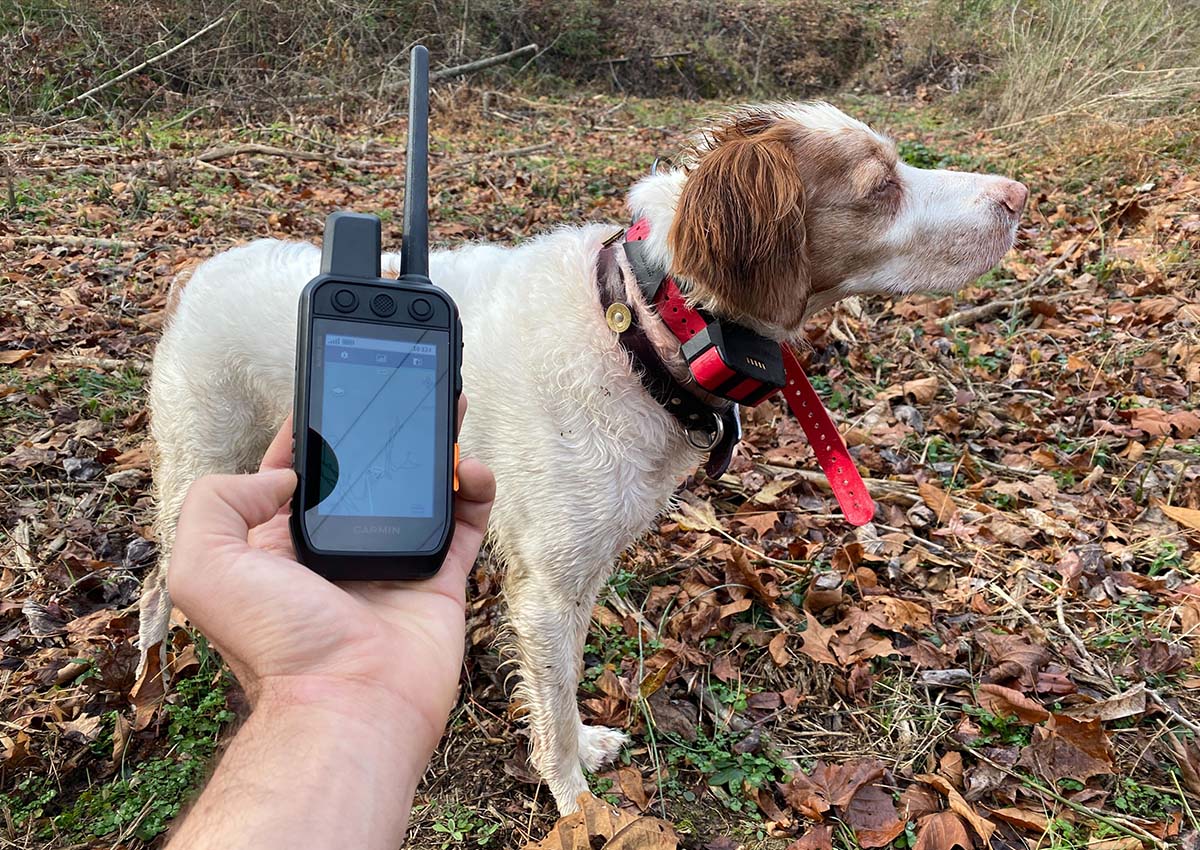 A good dog and a reliable shotgun are about all you need to hunt birds. But, the Garmin Alpha 200i paired with a TT 15X collar helps you be a better dog handler and bird hunter. You can track your dog’s location, know if it’s on point, and give corrections on one device.

I’ve been testing the Alpha 200i and TT 15X throughout the fall, and it’s quickly become a piece of gear that I can’t do without. Here are my thoughts on it and some insight if it’s a good fit for you.

Garmin Alpha 200i Specs and Features

The three buttons at the top of the Alpha 200i are customizable hot buttons, and I primarily use mine for tone, momentary and continuous stimulation. But by toggling the side up and down buttons, you can change the hot buttons to pull up the map, directional arrow, and drop a waypoint. That feature saves a ton of time that would otherwise be spent navigating through menus.

The stimulation levels go from level 1 to 18. I tested them on my arm, and 18 will get your attention—I’d only use it on momentary during an emergency. Level 1 is barely perceptible. Level 6 is what I often use with my Brittany, and it’s where the stimulation goes from barely noticeable to noticeable.

Read Next: These E-Collar Mistakes Will Kill Your Gun Dog’s Prey Drive

The main difference is the size of the collar and their range. With the TT 15X you can track a dog up to 9 miles away, and the T mini series has a 4-mile range. If you have a large dog, the TT 15X is ideal. Dogs smaller than 40 pounds, the T 15 Mini is perfect. My Brittany is a medium-sized dog, and I think the mini would be best for him, but the TT 15X doesn’t seem to bother him.

The Alpha 200i is packed with features for hunting, training, and field trials, but it also has safety features. The inReach messaging allows you to send messages without cell service and for your loved ones to track your location. It also has an SOS button for calling search and rescue.

Testing the Garmin Alpha 200i in the Field

Every Garmin device I’ve used has had an excellent guided set up, and this handheld was no different. Setting up the Alpha 200i and pairing the collar took minutes. The device menu is also easy to navigate and intuitive.

My first outing with the Alpha 200i was a woodcock hunt that took us through swamps and a two-year-old cutover. In the thick stuff, I lost sight of my Brittany, Riley, anytime he was more than ten yards from me. That would normally make for challenging dog handling, but I could easily see exactly where he was in relation to me on the handheld. In that thick, hilly terrain I never lost signal with the collar or had issues with responsiveness.

Hunting a field for pheasants I was able to see areas we covered and mark waypoints in areas Riley was acting birdy but didn’t turn anything up. We reworked those areas, and it resulted in a rooster. It was a cold and windy day in the 30s, but despite numb fingers, that touch screen continued to work and the buttons were easy to use.

The battery life on the Alpha 200i is pretty good at around 15 hours. On a recent pheasant hunt I forgot to charge the battery, but luckily it charges pretty quickly. I had it plugged in for an hour before we left, and that quick charge provided enough juice for a three-hour hunt. You can use a power bank to charge the handheld while you’re using it, a 20,000 mAh power bank will take Alpha 200i from dead to fully charged. I do wish the charging port was located at the bottom rather than the back. The charging port in the back makes it stick out at a 90-degree angle, which isn’t ideal for sitting in a pocket or pack.

What the Alpha 200i Does Best

The collar and handheld allow you to be a better teammate with your dog because you’ll spend less time recalling and more time effectively covering ground.

It’s also a great tool for at home. Anyone with a sporting dog knows their prey drive doesn’t have an off switch. My Brittany loves to chase deer, and has escaped our fenced yard on several occasions in pursuit of deer. The Alpha 200i gives me the peace of mind that, if he does escape, I can find him and use the collar corrections to pull him off the deer and headed in my direction. I also like the collar light for letting my dog out at night.

The Alpha 200i handheld is more than a dog training tool. You can use it as a stand-alone GPS and inReach messenger, and that flexibility adds value to an expensive purchase.

What the Alpha 200i Does Worst

The Alpha 200i and TT 15X are expensive. The package costs $1,100, and it’ll be up to the user if that price is worth it. You can get the Alpha 10 for half the price, but the feature set isn’t as robust. I ultimately chose the Alpha 200i because I wanted the larger display and map overlay. My only regret is that I didn’t pony up the cash a long time ago.

Knowing exactly where your dog is and being able to give corrections via tone or stimulation over long distances is a powerful tool. And it’s a tool I don’t know how I ever hunted without.