Finally, Leupold has a rangefinding binocular worthy of its name 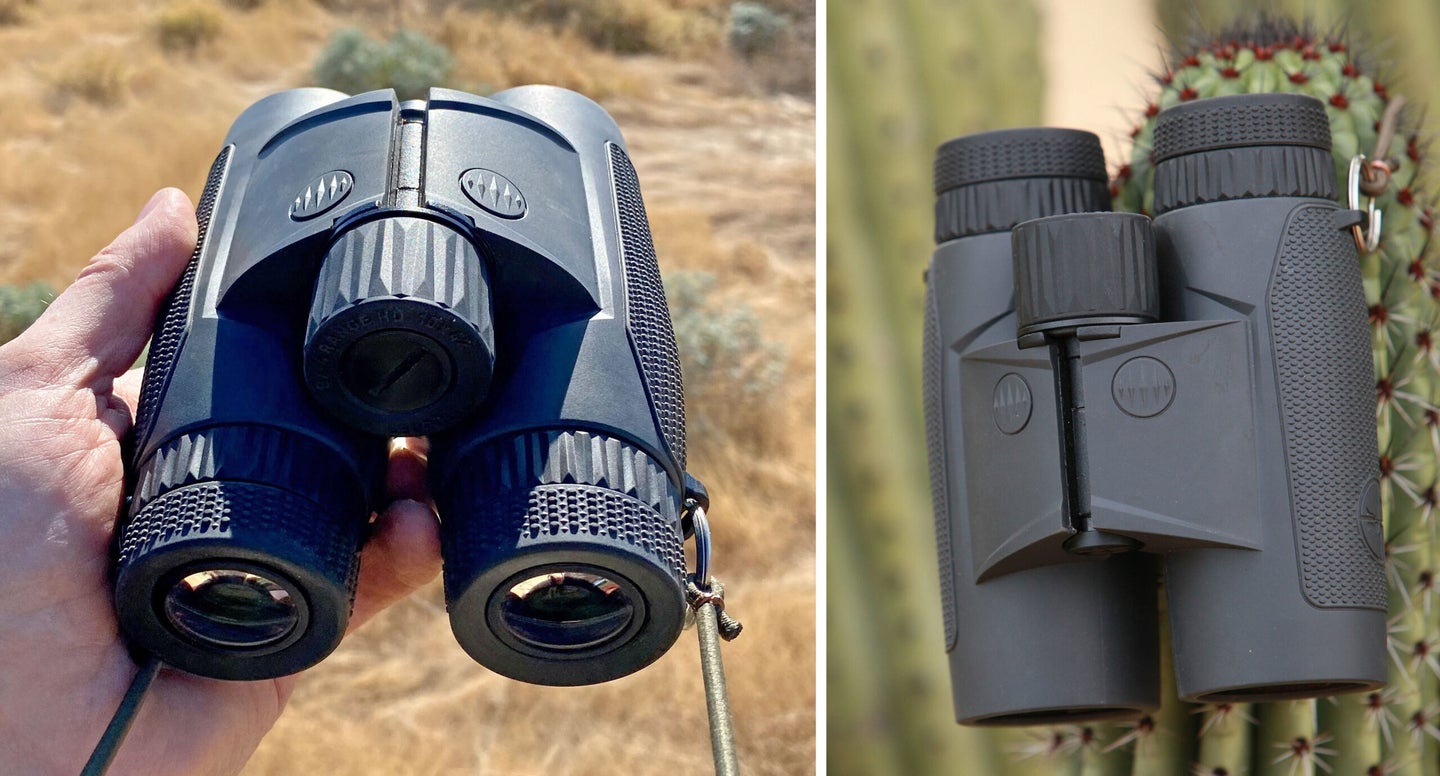 Leupold announced today the release of its BX-4 Range HD rangefinding binocular. It’s a fast, clear, capable optic that’s priced in the meaty middle of the market for this sort of hybrid product. It’s also a long-awaited bridge between Leupold’s successful rangefinding and binocular lines.

I actually got a sneak peek at the product. I took a prototype BX-4 Range HD TBR/W on a Sonoran mule deer hunt last month. It was the perfect optic for the conditions of northern Mexico, where thick brush requires fast shooting but long distances can make long-range precision shooting the ticket to tag a wide-racked buck.

The 10×42 borrows from Leupold’s monocular rangefinder line the TBR/W technology that provides ballistically calculated ranges over long distances and steep angles. The W part of that naming convention stands for Wind; the software accounts for holds in a 10 mph crosswind. The new ranging binocular also contains Leupold’s fast DNA laser engine. The BX-4 part of its heritage comes from the company’s durable armored binoculars with excellent glass and coatings.

New entries in the category have been pushing the effective range of these specialized binoculars well beyond 2,000 yards, even out to nearly six miles. The BX-4 Range has a 2,600-yard ranging distance on reflective objects like rocks or barns, 1,600 yards on trees, and something in the 1,000-yard range on deer-sized targets.

Read Next: Best Rangefinders for Hunting

Unlike many of its more connected peers, like the Leica Geovid Pro, the Range doesn’t have Bluetooth linkage to a mobile app or on-board environmental sensors. While it does allow shooters to select from one of 25 ballistics families in order to establish the trajectories that its ranging engine uses to calculate holds, it’s a fairly straightforward rangefinder that puts a premium on fast deployment rather than customizable precision.

That’s fine with me. As I discovered in Mexico, in dynamic hunting situations, there’s often not much time to see your target, range its distance, and make a shot. In these situations, similar to those encountered by an awful lot of whitetail hunters, I don’t need an extensive menu or a suite of options. Instead, I want a unit with a lightning-fast laser, a largish reticle, and simple controls that are both ergonomic and responsive. The unit’s red OLED display is bright in full sunlight and nicely dimmable to use in twilight conditions. The buttons are programmable to be used either by the right or left pointer finger.

The image is good, though as is the case with any rangefinding binocular, it’s not quite as good as the BX-4 without the ranging function. That’s because the rangefinder requires coatings that accentuate the display but which can subdue both contrast and brightness of the image. Also, the rangefinder’s beam splitter requires an additional lens element, which also reduces overall image brightness. Despite those constraints, the Leupold’s low-light performance was very good.

Read Next: Best Binoculars for Hunting

Additionally, I found the coatings of the BX-4 Range to be very good for mid-range viewing, and I especially appreciated the precise focus, which allowed me to riff between layers of brush to resolve bucks that were buried in heavy cover.

At nearly 40 ounces, it’s a hefty optic, and it can feel slightly bulky, though its aggressive texturing enhances its handling. The new Leupold rangefinding binocular will retail for $1,599.99.

All those attributes are important, but they also bury the real news of Leupold’s announcement: that it’s finally and fully entered the rangefinding binocular market. The Oregon-based optics brand had been a little late to the party, which was puzzling considering its market leadership in both the rangefinding and traditional optics categories. But this is a solid freshman effort, and one that will feel both familiar and exotic to longtime Leupold customers.