How to Cast a Spinning Reel

Step-by-step instructions on how to cast a spinning reel 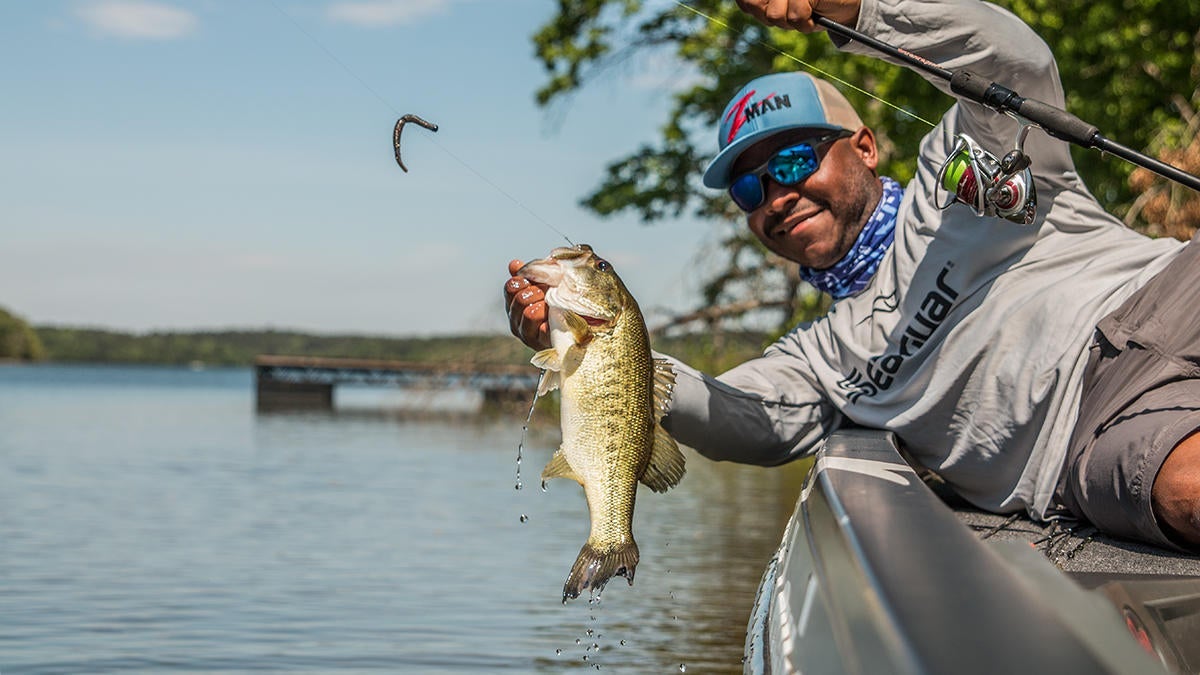 Casting a spinning rod and reel is a valuable skill for virtually all anglers. It is often the next step for beginners after starting with a spin casting reel (aka, “push button”). While some anglers may move on to baitcasting or conventional level wind reels, spinning tackle should never leave your arsenal. Whether you’re chasing panfish, trout, bonefish, tarpon, or sailfish, this is tackle that will be your top choice for a wide variety of applications. Learning how to cast a spinning reel is a skill you’ll use in all your future fishing adventures.

Get the Right Gear

While casting a spinning rod and reel can quickly be taught to young children, there are certain steps you must take to ensure that the process is efficient, tangle-free and that both distance and accuracy are maximized. Before you even get to the water, make sure that you have a balanced set-up with the right spinning reel size. A massive reel on an ultralight rod won’t work, nor will a tiny panfish reel on a rod made for tarpon. Manufacturers often make matching sets for easy identification and pairing, but check the line specs and recommended applications if in doubt. Your rod and reel don’t need to be from the same series or even the same manufacturer, but they should be made for the same range of lines and lures. If you’re in the market for a versatile and affordable spinning reel check out the Ugly Stik Ugly Tuff (which we reviewed here).

When choosing a rod, make sure that the length is appropriate for what you’ll be doing and for the angler who will be doing it. In open water, for overhand casts, greater length generally equates to more distance. It also allows you to pick up more line on the hookset, driving home the steel a little harder. At the same time, a young angler may struggle with a seven-and-a-half-foot rod. Something two feet shorter might be more efficient. Furthermore, if you are going to be skipping lures under docks or sidearming into tight spaces, a long rod may interrupt your motion by striking the water, so you’ll want to go a little bit shorter.

Next, make sure that you are using the appropriate line. It should be within the rod and reel’s recommended range whether you are using braid, fluorocarbon or monofilament. Go too light and you’ll put too much stress on the line during the fight and break it easily. It could also slip in under the spool and cause problems. Go too heavy and you’ll limit your casting distance and put too much strain on the rod. If you decide to use braid with a fluorocarbon or monofilament leader, make sure that the knot connecting the two lines is either outside of the reel or that it’s compact enough to slide through the bail without getting hung up. Make sure that you spool the line on properly, without unnecessary twists. Learn how to spool a spinning reel.

How to Use a Spinning Reel

Before you hit the water, you’ll want to have your spinning reel set up properly. This entails not only spooling the line on correctly, but also several other factors. First, make sure that it is lubricated properly. Second, put the handle on the proper side—on most spinning reels, it can be switched from right to left or vice versa, as appropriate, simply by unscrewing a cap on the non-handle side, removing the handle, and swapping them. Be sure to do this over the boat or dry land, rather than over the water, because if you lose either component, it could lead to a host of problems.

Next, check that the drag will slip smoothly. While some spinning reels have rear-mounted drags, in most cases you tighten or loosen the drag via a disc on the top of the spool, turning it clockwise to tighten it and counterclockwise loosen it. This may not be critical if you’re taking the reel to fish for panfish, but a balky drag on bulldogging smallmouths or massive tarpon is a recipe for heartbreak.

Most spinning reels also have an anti-reverse switch. If you prefer to back reel (i.e., turn the handle backward in a controlled fashion as opposed to trusting your drag) you’ll want this in the “open” position, while most anglers rely on drag slippage to control and tire a rampaging fish, in which case you’ll have it locked down. If you’re in the market for a quality reel that offers a smooth drag check out the Shimano Stradic Fl.

How to Cast a Spinning Reel

Now you’re ready to hit the water and catch fish! With your bail in the closed position, run your line under the roller that connects it to the spool. Take out enough line to run it through all of the guides on your rod and then tie on your lure or bait of choice, keeping it within the parameters printed on both the rod and reel.

For beginners, the simplest and most accurate spinning reel cast is an overhand motion, progressing from behind your dominant shoulder at about the 10 o’clock position to the 2 o’clock position in front of you. Ensure that there is a clear casting lane toward your target and that there are no trees or other obstructions behind you that will hinder your motion.

Find a way to hold the rod handle that is comfortable for you or your instructee. There’s not necessarily a single best way to do this—it will depend on the weight of the reel, the length of the rod handle, and the size of the angler’s hand—but typically you’ll want at least the index finger in front of the reel foot and several fingers behind it to provide a grip and prevent slippage on the cast or as the result of a violent strike. One-handed casts are feasible, but most anglers, and especially beginners, will benefit from having a second hand on the rod butt to maximize control.

Turn the spool so that the bail roller is at the top, closest to the rod handle and with 6 to 8 inches of line hanging from the rod tip, grab the line in front of the roller with the index finger and open the bail. You won’t want a “death grip” on the line, because that will prevent a smooth transition to the actual cast, but if you hold it too lightly it may slip at an inopportune time, and the cast will go backwards or in an inefficient parabola. This takes feel to develop, so practice casting in an open water situation, or even in an open field where egregious mistakes won’t be penalized with snags.

Take the rod back over your shoulder, holding the line with your index finger. After looking back to ensure that you have a clear path forward, turn your focus to your target and keep it there throughout the cast. That will help develop muscle memory to keep you on track. With a hard-but-controlled snap forward, propel your lure or bait toward the target, releasing the line with your index finger as the rod passes the 12 o’clock position. Too soon, and you’ll end up with a “moon shot” headed toward the sky. Too late, and the lure will slam into the water’s surface short of your target. Again, this takes time to get the feel of it, so don’t despair if the first few casts are a little bit off.

Immediately After the Cast

If you see or feel that the bait or lure is going to go too far or in the wrong direction, you can alter, slow, or stop its progression in a variety of ways. For more advanced anglers, subtle rod movements will enable a lure to change direction slightly or even curl around a target. For newcomers, you can cup the spool or close the bail to stop progression altogether, although this usually results in a wasted cast. Over time, learn to feather the release of the line from the spool to bring your presentation to a slow stop in its intended destination.

If your lure needs to sink in place without heading back toward you in a pendulum motion, feed it line before closing the bait. If it floats, you can close it immediately. Either way, be sure to close the bail by hand to avoid line twists and loose line loops on your spool that will hinder future casts.

Once you or your protégé have mastered how to cast a spinning reel, the basic skills and feel will be in place to learn other casting angles. In some situations, a sidearm cast or roll cast will be essential for placing a lure in tight spaces or under overhanging cover. Spinning gear also excels for “skipping” lures long distances back under docks or overhanging mangroves. Crappie anglers use specialized tackle to “shoot docks.” Just make sure that you have the right fishing gear for the specific situation and understand the fundamentals, and there’s no reason that your spinning game can’t cover an exceptionally wide range of fishing applications.

Fishing
guides and gear
How To
Spinning Rods and Reels