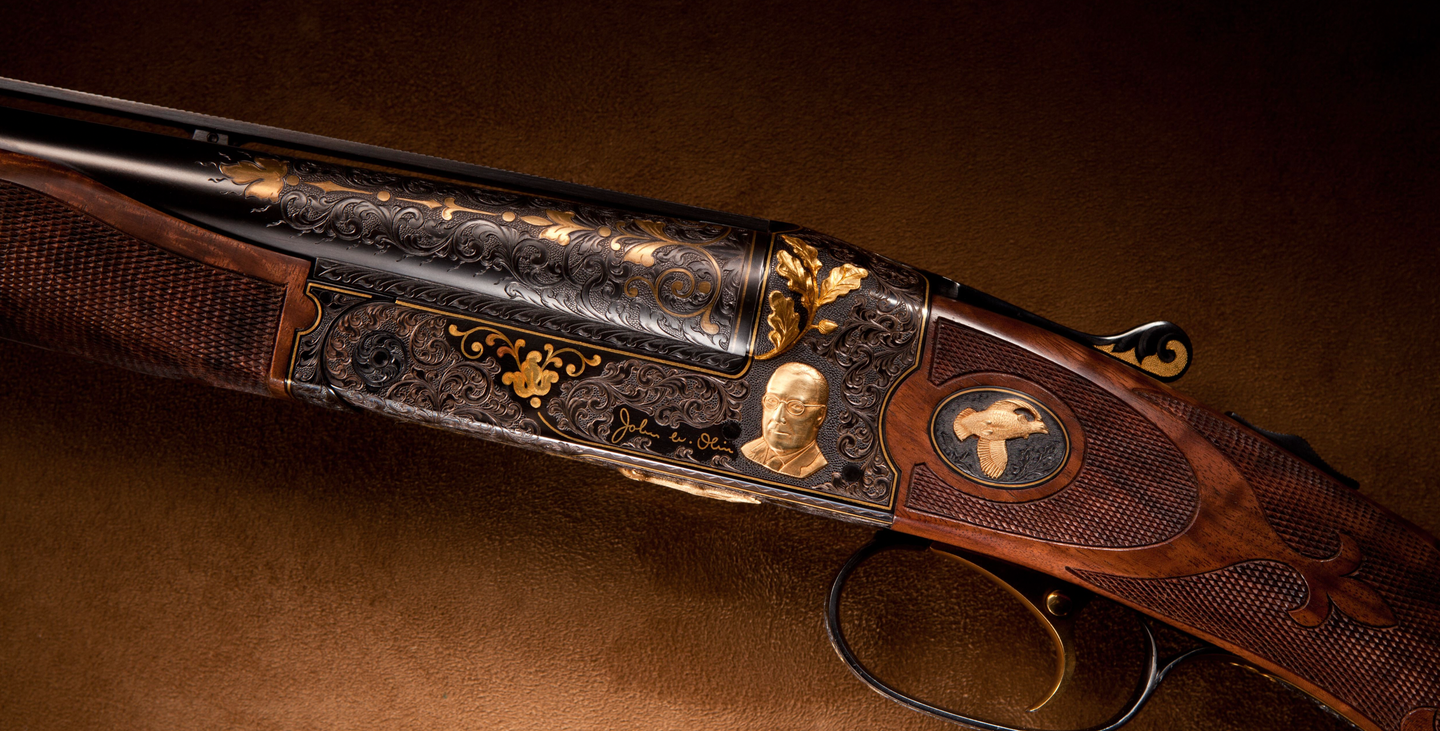 I didn’t grow up wealthy, and having spent decades writing about shotguns, I won’t retire that way either. But I will spend what’s left of my duck-hunting career shooting what I consider to be one of the most well-made double guns ever constructed—the Winchester Model 21. Though Connecticut Shotgun Manufacturing Company still makes this gun, and there are used versions of it that will fetch exorbitant prices, I was able to acquire one in my younger days. My uncle had passed away and left a piece of land to me, which I sold. I used the money to buy a used Winchester 21 Duck model. It had been lovingly restored, but I could tell it had a previous life in many a duck blind. It has fixed full chokes, and I have shot it on ducks in Canada to clay birds at my home range here on the Eastern Shore of Maryland. It’s one of the best American break-action shotguns ever built, and it will never leave the comforts of my gun closet…except when I take it afield of course.

It was also the favorite double gun of John Olin, owner of Winchester. It was said that he loved this gun so much that he kept it in the Winchester lineup despite its high cost of construction and low profitability. Here is the story of one of the most iconic doubles in gun history.

Being an ardent waterfowler, my first thought after the sale of my uncle’s land was to buy an A. H. Fox HE-Grade Super Fox, the gun made famous by the late Nash Buckingham. Along with duck scribe Gordon MacQuarrie, Buckingham is my favorite author. The Super Fox has overbored barrels, tight chokes, and weighs more than 9 pounds. It is a fine gun for the duck blind, but I also wanted a double gun that I could carry in the uplands and break clays with.

An old friend, the late Michael McIntosh, wrote about the Winchester Model 21 in the early days of steel shot. He detailed its hard steel screw-in chokes that could handle the “new” non-toxic shells (21s with bored chokes are not safe for steel) and that the 21 only weighed 7 to 8 pounds (depending on the gauge and barrel length), making it a truly versatile double gun. So, I narrowed my search to a used Model 21, though I was never able to find one with the screw-in chokes.

The History of Winchester’s Model 21

Designed by J. T. Johnson, Edwin Pugsley, and George Lewis, the 21 was first marketed by Winchester in 1930 with double triggers and extractors and sold for $59.50. The issue for Winchester at the time was it was on the brink of bankruptcy and had little money for advertising, much less the infrastructure to set up for production of the 21. Much of this problem was solved when Franklin Olin and his sons Spencer and John, who owned the Western Cartridge Company, purchased Winchester at the bankruptcy sale and gave the company (and the 21) new life. It has been long been said that the 21 might not have stayed long in production without John Olin’s persistence. This was further amplified by the rumors that Winchester never made much of profit on the Model 21 due to the high cost of production. But John Olin kept it in the lineup because it was a magnificent side-by-side without equal. And he wasn’t about to discontinue one of the most well-made firearms in American history.

Over the life of the Model 21 about 30,000 guns were made with an additional 1,000 or so from Winchester’s custom shop. It was chambered in 12-, 16-, 20-, and 28-gauge, plus .410. When Winchester’s name was licensed from the Olin Corporation by Browning, Connecticut Shotgun Manufacturing (CSM) was sold the rights to manufacture Model 21s in their New Britain, Connecticut, facility, which they still do today.

The 21 was built to last. It was constructed of Winchester’s Proof Steel, a chrome-molybdenum alloy with a tensile strength of over 90 tons per square inch. During its development, a total of nine design patents were issued. Unlike many other doubles of the day, the 21 does not have a rib extension but rather locks up by means of a thick, sturdy underbolt that is able to be tightened as the gun begins to shoot loose. The barrels are forged as chopper lump barrels instead of being brazed. They are machined at the breech into a vertical dovetail design that are then pinned together, each carrying a half locking lug, that when joined and combined with the underlug, forms the ultra-strong lockup.

One of the hallmark designs of the Model 21 is the flat junction of the barrels and action between the breech face and hinge pin. To further reinforce this area where the breech face meets the flats, there is an exterior arrowhead that’s part of the forging. It wasn’t necessary for this work to be done in order to increase the life of the gun, but it is another indicator of Winchester’s desire to make a shotgun for the ages. The joining of the action and barrel was so strong that Winchester’s salesmen, who toured the major sport shooting events in the 1930s, would remove the top lever and locking bolt and simply hold the gun shut with their hands, or tie it closed with a piece of string, to showcase its strength.

John Olin went even further, directing the company to purchase one model each of the competing American doubles and British imports of the day, then subjected them all to a torture test. The test included repeatedly firing proof loads—known as “blue pills”—loaded to one-and-a-half times the pressure (19,800 psi) of the hottest load on the market. The best competing gun lasted 305 shots. The 21 fired a total of 2,000 blue pills with no measurable damage.

The original 21s had double triggers that were eventually replaced by an inertia-driven single-selective trigger. The major hurdle was all the existing single triggers didn’t work well, if at all. It took five iterations of a trigger design by Winchester’s Louis Stiennon before a truly reliable trigger was manufactured, for which he was awarded a patent for in 1931. From then on, every 21 came with this excellent single-selective trigger that was both reliable and highly functional.

All the 21s were mostly built the same, though some models did have receiver engravings and high-end wood for the stock and fore-end. They did make models labeled Trap, Skeet, and Duck, but they were all fairly similar except for stock dimensions and 3-inch chambers for the Duck version. Barrels were offered in lengths or 26, 28, 30 and 32 inches, and while the majority were choked Modified and Full, a customer could order one to their own choke specifications. The 21 was only made available through custom order starting in 1960 before being discontinued in the early 1990s.