How to Hunt Old Forest Fire Burns for Big Bucks

Wildfires initially leave devastation in their wake, but from the ashes come rejuvenation and big deer 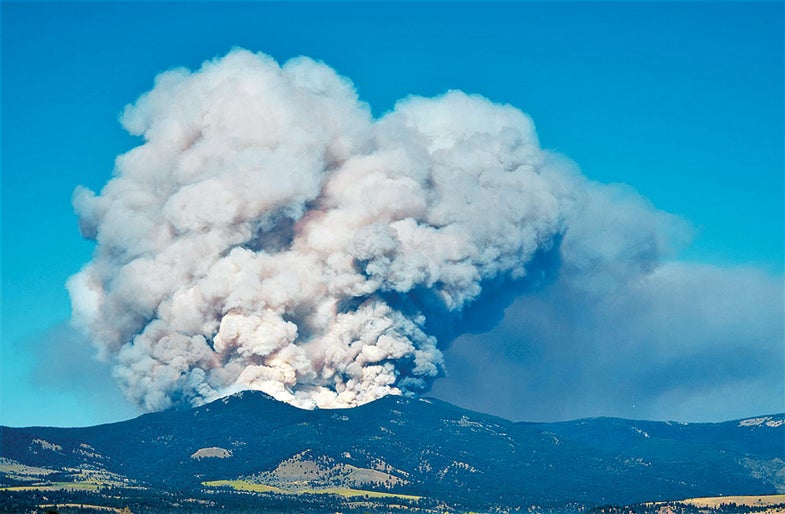 It seems to happen each summer, and the aftermath is always unsettling—at least initially. Wildfires race across thousands, if not millions, of acres of the Western United States leaving nothing behind but burnt forest.

The eventual benefit, however—highly nutritious food, clean water, and places to hide—comes months or years later. Out of the bleakness arrives abundance, and that’s precisely what big muley bucks need in order to grow into trophy animals. Lush regrowth doesn’t happen every time forests go ablaze, but old burns are productive often enough to merit a place in your hunt destination notebook.

Forested lands all across the intermountain West can hold big mule deer bucks, but you will need to begin narrowing your search by region, like the northern Rockies, which run from Yellowstone to Glacier national parks and west to northern Idaho. This area alone covers roughly 34 million acres of mountainous forests. Other fire-prone regions, like the southern Rockies, cover four states: Utah, Wyoming, Colorado, and New Mexico. But it’s when, where, and how forest fires burn that can make the difference between wildlife wastelands and mule deer meccas.

Here’s how to use forest fires to help you put the crosshairs on a mountain monster this season.

Forests need time to recuperate, so the time between the last fire and the year you are hunting is critical. Fresh burns can be hit or miss, depending on the rate of rejuvenation. Forest fire zones that are 2 to 10 years old are the best places to target. Understanding a burn’s effects on hunting is difficult. Weather, fire intensity, and the size of the fire all impact how deer numbers respond.

“If a fire happens in July, don’t be there in October to hunt,” says Tom Henderson, owner and operator of Bitterroot Outfitters. Henderson, who has watched the impact of forest fires on mule deer in the Frank Church Wilderness of No Return in Idaho and the Bitterroot Mountains of Montana for 26 years, has no doubt that over long periods of time, fires can help improve hunting opportunities. But that’s not always the case.

Big fires with heavy fuels can be so intense that they sterilize the soil for decades. “When fires get so hot that rocks are exploding, that’s bad,” says Henderson.

Small fires of just 50 acres in size can create high-density forage and are more likely to create small pockets of cover. But good hunting doesn’t have to come by way of small fires; much larger mosaic patterns that create good edge cover and leave patches of standing timber for bedding sites are ideal.

Look for small fires of less than 500 acres, or fires that created odd-shaped patchworks of burned areas. These smaller, low-intensity fires are more likely to provide successful under-­burning, which leaves big trees standing but creates more forage per acre by releasing nutrients into the soil without destroying it.

Look at the big picture

There’s more to the impact of fires on mule deer than nutrition, though. New underbrush also provides cover for fawns in spring and opens up areas that make it easier for hunters to see deer during fall. Areas burned in recent years are a good place to look for that trophy buck, but Henderson cautions hunters to avoid overlooking land features that might also produce good bucks.

“I try not to over­analyze things, but deer need enough timber left after a fire to bed down in,” says Henderson. “I also noticed that areas choked with new growth or dense forests don’t produce as well as the classic November places for mule deer, like bitterbrush-­mahogany southern aspects. Of course, if I see mule deer tracks at 7,000 feet heading toward a lodgepole ridge I would follow them, but it wouldn’t be the first place I’d look.”

Search for the Burns

Because there is no single go-to source for forest fire information old or new, it’ll take a bit of digging and clicking to ferret out the most useful data. But there are considerable resources available. Begin by studying the most recent fire history. This can help you narrow the search to burned areas with the specific characteristics previously mentioned.

From there, contact state and regional game departments, as well as local fire management crews. They can be invaluable sources of information, but it’s best to check out a few websites first.