4 Shed Hunting Experts Told Us Their Strategy for Finding Antlers 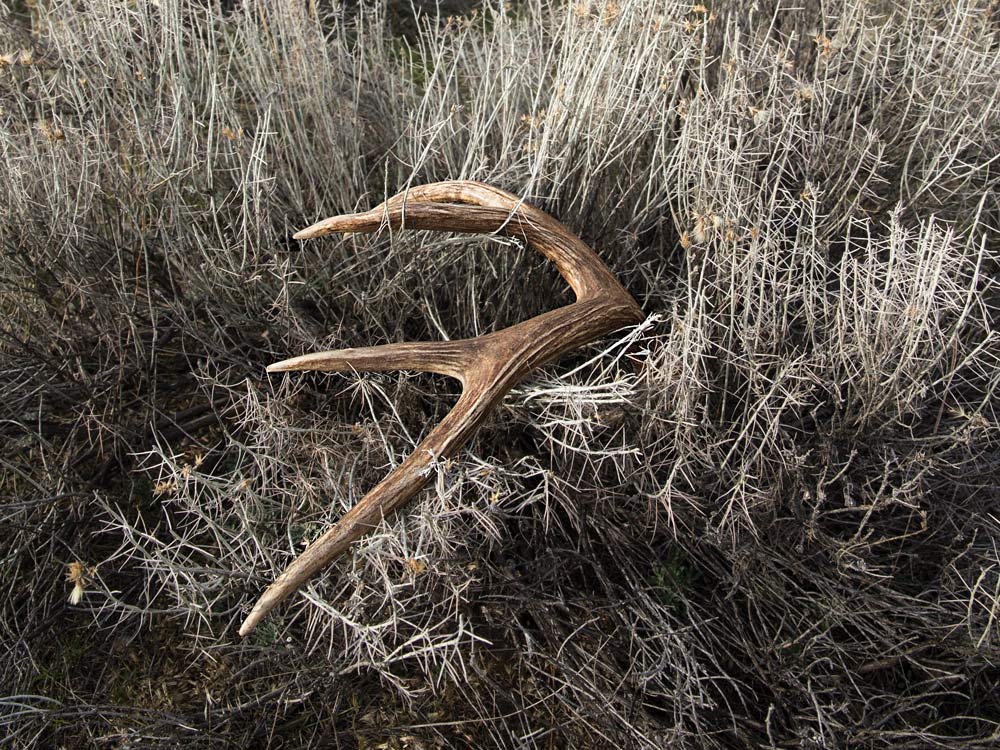 Part of the joy of finding shed antlers is their unexpectedness. When you find only a handful over the course of a season, each one counts as a welcome surprise. The joy of discovery might be diluted for those who find dozens or even hundreds of cast antlers every winter, but the shed hunters we interviewed say that developing a pattern that pays off with a truck bed of sheds has other rewards—­including discovering core deer areas. We asked shed-hunting experts from across the country for their take on the top weeks of the year, the best sorts of habitat, and other hacks for finding armloads of deer sheds.

Where legal, I like to use trail cameras placed near a bait station to tell me when to start. When I begin seeing one-antlered bucks on camera, I know it’s time. I rarely begin shed hunting before mid-February, but cameras have confirmed that—year-over-year—the most productive time to shed hunt is the middle weeks of March.

I start my search on south-facing bedding areas that receive lots of winter sunshine. That’s in hill country. In more flat, farm country, I look along the edges of woods or other places that block the wind.

I have my best luck spotting sheds on cloudy, overcast days. Couple cloudy conditions with a little rain, and it seems that sheds “pop” in the indirect light conditions and are very visible. The rain gives the antlers a sheen, and it also darkens the leaves around them, and the contrast is often what catches my eye.

Deer in the Northeast spend a good part of their time during winter in or around coniferous stands that have heavy crown closure. But they also like southern-facing hardwood slopes, and shrubby young forest cover, so I focus on those areas first. They go to these areas to take advantage of the protection from the elements at night, the warmth of ambient sunlight during the day, and the low-lying browse available to feed upon anytime.

I usually don’t go looking for sheds until most snow cover is gone. I really don’t like bumping deer at a time when they need to conserve energy the most. The peak of shed drop here is probably in early to mid-February, but it varies considerably by year, property, and deer.

There is some evidence that older bucks drop their antlers earlier than younger bucks. Shedding is triggered by a drop in testosterone levels, and older bucks experience the largest drop in hormones.

I like to wait until about the second week of March to start looking for big mule deer sheds. I approach shed hunting exactly like I approach hunting for big mule deer in the fall. I watch the wind, and really sneak in on the areas where the deer winter. I don’t want to bump those bucks, partly because they don’t need to be stressed after a tough winter, but also, if I run those deer out of their core wintering areas, there’s no telling where they’ll drop their antlers.

The older bucks drop first. I think that’s because they’re stressed from the rut. Some years, though, I’ll find bigger bucks carrying both antlers into the middle of March.

I generally start a shed hunt by posting up on a high ridge with my optics. I mount a 12×50 binocular on a tripod and just pick apart the landscape. I’m looking for anything symmetrical, and once I find something that catches my eye, I put my spotting scope on it to confirm it’s an antler. Once you train your eye to look for the Y fork of an antler or a big brow tine or main beam, you can distinguish an antler from a scraggly tree limb.

After an especially tough winter with a lot of snow, I start glassing south-facing slopes. But after an easy winter, those sheds can be just about anywhere, from the grassy bottoms of draws to ridgetops to the spiny fingers of rocky ridges. But one of the most consistent places I find them is in the dense, matted junipers adjacent to a dirt flat or open ridge.

I’m pretty persistent about finding matching pairs. If I find one good side, I’ll spend the next week or more looking for the match. Some bucks will drop both antlers almost on top of each other, year after year. But some bucks will drop their antlers anywhere from 100 to 400 yards from each other.

Individual bucks have distinct shedding patterns. I once found three years of sheds from a single buck all lying almost on top of each other. And where I find one shed, it’s a good bet that there will be more in the same 400-yard radius. I think it’s because they find these little microclimates to spend the winter in, and because they’re not getting bumped, they group up and stay in those areas for weeks or months.

Columbia blacktails are largely homebodies, meaning they tend to shed their antlers in the same places where I hunted them the previous fall. That also means that finding a cranker shed is a good indication you’ll have a mature buck to hunt this coming fall.

I’ve found over the years that both trail cameras and dogs have taken my shed hunting to another level. Trail cameras not only reveal where the bucks are, but also precisely when they drop their antlers. When images of bald bucks appear, I don’t waste any time before heading into the woods.

Mature blacktails can drop their antlers as early as the first week in January and into mid-February. Younger bucks often shed later, generally from February to early March. I’ve trained my pudelpointers to find sheds, and it’s common to pick up more antlers in a single day than I used to find in years of hunting them without dogs. These dogs will find sheds in cover that’s too dense to walk and see through. ––Andrew McKean

Find The Buck That Shed Those Antlers

So you’ve found a big shed…or a small one. You should probably get the cooler ready. You’ll need it for packing backstraps and other choice cuts from the buck that shed those antlers. After all, finding a buck’s sheds means you’re just a step away from tagging it, right? Well, not exactly.

It’s true that finding a buck’s sheds can give you valuable intel. But whether it’s intel you can use to tag that buck the following fall is the real question.

In my home state of Michigan, the deer I hunt each fall see plenty of hunting pressure. They’re a different kind of critter than those I chase around in states with fewer hunters and lower overall human population. They behave differently, they respond to encounters with humans differently, they utilize habitat differently. When winter rolls around, heavily hunted deer have endured months of intense pressure. If they’re still alive it’s because they’ve found some sort of sanctuary area that affords them security.

If I find a shed antler in thick cover from a buck I have some sort of history with, I feel pretty good about my odds of killing that deer the following fall. For starters, I know the buck survived the hunting season. But the most useful information is that I’ve likely located an area the buck will return to when the hunting pressure ramps up.

Now, contrast that to finding a shed in a crop field that was left standing. This find, while cool, really tells me nothing more than the buck was alive when it shed the antler. Unless that field is left unharvested again the following winter, I can’t assume that buck will return the following year. It’s quite possible that buck simply moved into the area because it offered the best available food source in the area. The buck also could have traveled a fair distance to get to it.