Believe it or not, there are advantages to skipping the corn pile and hunting natural deer movement 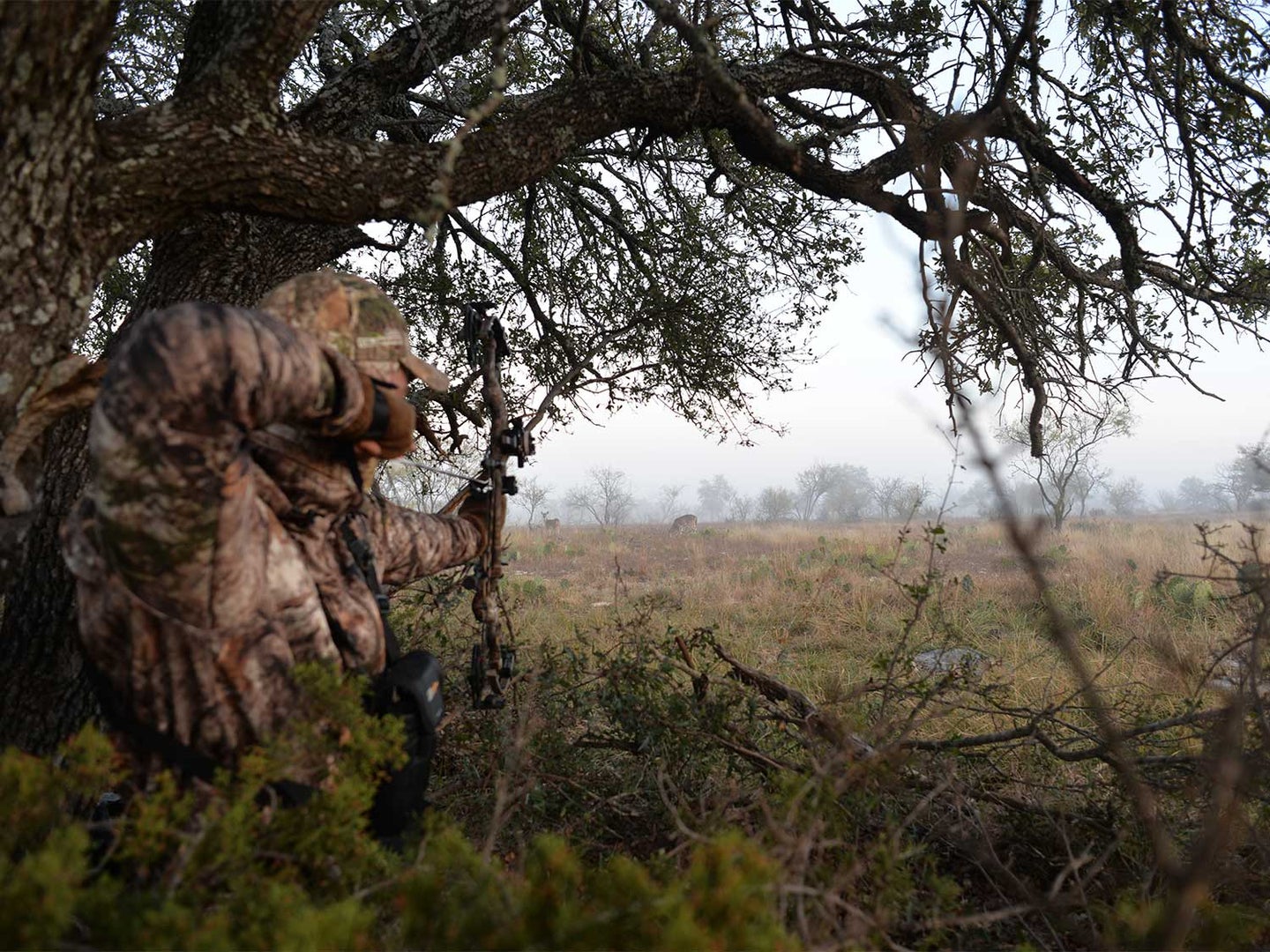 If you hunt states that allow baiting, but you can’t or don’t want to hunt over a feed pile, you’re not at a disadvantage. Tony J. Peterson
SHARE

Where baiting is allowed, it becomes the predominant hunting technique. Many hunters downplay their willingness to bait, or their reliance on it. But in my experience? If baiting deer is legal, most hunters bait deer. This means that if you want to hunt natural deer movement—that is, hunting where deer aren’t influenced by corn piles—it can be extremely difficult.

Every year, for example, I bowhunt public land in a county in northern Wisconsin where baiting is legal on all land. My biggest challenge is finding deer that move naturally. In fact, the best hunting tends to occur during mid-October, after the opening-week fervor has died down and the rut baiting and pre-rifle season corn piles aren’t out yet. Deer move more freely and corn doesn’t dictate where they decide to travel. It’s like actual deer hunting.

In states that only allow the practice on private land, you have a different kind of opportunity. I’ve hunted a few states with these regs, and it’s always been an eye-opener. The hunting can be great, but you’ve got to understand what factors you’re working with in each hunting situation (more on that later).

So, if you hunt public land in states that only allow baiting on private land—or if you simply don’t want to hunt deer over bait—consider my recipes for success.

How to Target Feeder-Conditioned Bucks

Oklahoma is one state that allows baiting on private land, but not public. It’s not uncommon to drive country roads and see feeders tucked into field corners behind locked gates. They are so permanent, you can often find them in satellite imagery. But on public land, baiting is a no-go. I’ve hunted several parts of the state and realized one thing: The bucks I’m hunting often build feeders into their travel routes. But those deer often bed or stage on public land.

It’s nothing for a whitetail to walk 500 yards for food. They often will mill around until the daylight is fully gone before they do it, which is advantageous to you if you’re on the public side of the fence. My experience on Okie public land (where I’ve averaged one bow kill every three days I hunt) is that the deer seem pretty leery of the private-land feeders near the chunks of public. I have no doubt the deer visit them, but the movement I’ve witnessed has never left me feeling like I was missing out. In fact, I think it’s probably better not to sit over corn when you’re hunting deer that experience the pressure these whitetails do.

So, to target feeder-conditioned deer, scout the area and locate travel routes, rubs, and beds, and try your best to set up near those places—without displacing deer. Then you can lie in wait as deer filter to the feeders, and hopefully shoot a good buck. Trust me when I tell you it can be advantageous to hunt deer this way. Once you have their patterns down, it’s just a matter of time before you connect. Mature bucks may be going to the feeders like clockwork, but they’re often going there right at the end of, or after, shooting time. That’s a broad-sweeping statement that’s not applicable to every hunting location, but the smart (that is, big and old) bucks don’t often show up to the corn pile during legal light.

Targeting the travel routes of deer may seem simple, but it’s not always easy on public land. You’re competing with other like-minded hunters, and deer are going to feel the pressure of all those folks in the woods, and change their movements accordingly. There are plenty of resident and nonresident hunters who gladly partake in bait-free hunting on public land. So you’ll need to have multiple options if you’re in an area that sees a lot of hunter traffic.

If you’re hunting small properties, it might be as easy as finding staging areas or travel corridors that play off the neighbor’s feeder, but again, it’s likely your competition has the same notion. A better bet is to hunt larger parcels whenever possible. I love hunting states with legal, private-land-only baiting that also offer huge National Forests or other good-sized tracts with access for all. This is because the sheer size of a parcel can negate the influence of baiting entirely. It’s possible deer on these vast acres of public land have never heard the click right before a feeder goes off, and that’s a good thing.

Generally, a whitetail’s home range is within one square mile. Sure, that might be a bit bigger in plains areas, and yes, bucks are prone to excursions. But where a buck lives most of the time isn’t that big of an area. If you’re hunting 100,000 acres, or a million, for that matter, you’re hunting deer that might live their whole lives without bumping into a bait pile. I’ve had enough quality hunting, and success, in such places that I actually prefer not to hunt over bait. You should look for the same locations.

Hunters love get-rich-quick products. We want to buy the latest calls, decoys, and anything that might promise hot ungulate action. Bait definitely falls into this category. And it seems like in some states where baiting is legal, most hunters don’t think it’s worth it to go find deer. They’re mired in the mindset that they have to sit in a blind over a pile of corn. If you subscribe to that theory, cancel your subscription. Even if you have access to or own private land and can bait, consider hunting spots that aren’t over a feeder. Try targeting the travel and staging areas on your own property. You have a ton invested in feeders and bait, sure. But that doesn’t mean you have to shoot a deer that way. Plus, you’ll notice the deer you’re hunting elsewhere on the property don’t seem so jumpy.

According to multiple studies conducted in Southern states, baiting isn’t the fast-track to shooting mature bucks that we believe it to be. It’s a hard pill to swallow, but the statistics don’t lie. One of those studies, conducted in Georgia by the Quality Deer Management Association, revealed that big bucks don’t like to share feeders with does or younger males. Thus, hunters are much more likely to see a doe or yearling buck hit the feeder where they’re hunting. The statistical likelihood of a big buck showing up during daylight hours depends on how big a tract you are hunting, and how many deer and feeders are on the property.

While you might have to factor in nearby bait sites to your strategy, the deer on non-baited land can be hunted like, well, deer. They’ll move naturally, and offer you opportunities if you’re willing to earn them through the typical work associated with public-land success (that is, scouting).

Read Next: The Impacts of Supplemental Feeding on Deer Behavior and Habitat

Ditch the notion that you’re at a disadvantage because you can’t bait. From my experience, you’re actually at an advantage in many of these states. That’s why when I’m planning my out-of-state hunts each fall, I actively seek opportunities where the private-land folks can sit over a pile of apples and the public land hunters can’t. It makes me think like a deer hunter. I consider where deer are headed, and what they’ll be doing. You know, all that good stuff our grandfathers taught us about whitetails. And more often than not, those hunts results in a punched tag.

Just to be clear, I’m not anti-baiting. If it works for you—and is legal—do it. I honestly don’t care how you kill deer as long as you do so ethically. I’m just here to tell you that if you don’t want to bait, or don’t have the option, you’re not out of the game.