Why You Should Sleep In During Turkey Season

Get some shut eye, have a late breakfast, then kill your gobbler in the afternoon 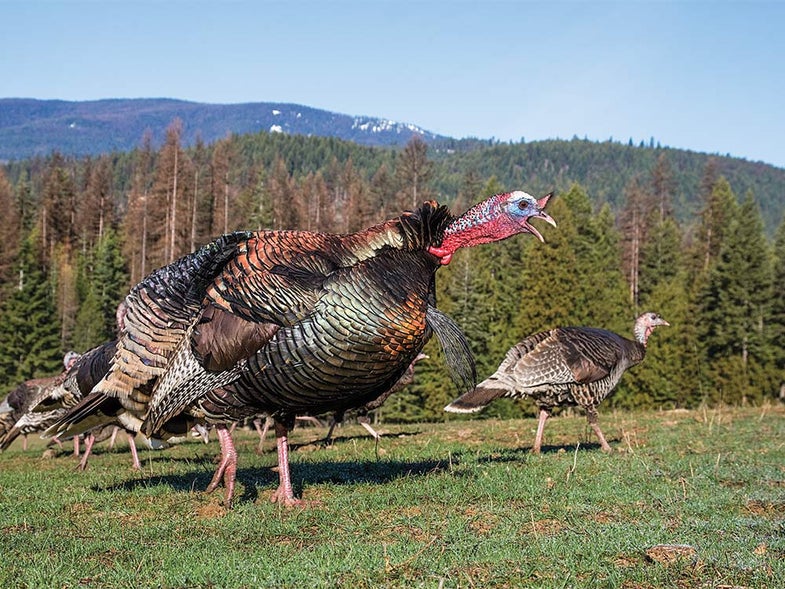 Like most turkey hunters, I focus mainly on the early-morning hours. After all, who doesn’t like to call in and shoot a gobbler straight off the roost? However, last season I was reminded that longbeards can be killed at any time of day. Of course, this depends on whether or not your state allows all-day turkey hunting. My home state of Nebraska does—which is fortunate, because the action, like the temperature, often heats up as the day progresses. Last spring, I filled all three of my Nebraska turkey tags at around 4 p.m. Gobblers that were henned-up at sunrise became much more receptive to calling by late afternoon, after their hens had abandoned them to go lay eggs or sit on nests.

Since toms are still out there in the woods, lonely and longing, you should be, too. Even if the daily closing time in your state is noon or 1 p.m., stay out there until last call. By then, most hens will have left their suitors, most hunters will have left the woods, and you’ll be left alone with the gobblers, which are suddenly receptive to calls. Here’s how to use the two main factors that determine afternoon success—weather and calling—to your advantage.

Don’t go hunting on just any random afternoon. Watch the weather forecast for a hot, calm day of above-average temperature. A second choice would be a hot, breezy day, but calm is better for the birds to hear your calls. Avoid cold, windy, or, worse yet, rainy days. A warm day right before a cold front is good; a hot, sunny day following several days of cold is gold.

Gobblers tend to get really fired up once the mercury rises. All three of my turkeys were shot on exceptionally warm afternoons. Don’t waste a hot, spring afternoon mowing the lawn or fishing. Get in the woods and hunt, regulations permitting.

Play hard to get. Calling is important, but it’s just as important to know when not to call. I accidentally discovered this after calling for an hour with no response. As I was walking back to my truck, dejected, I suddenly heard a distant gobble. Then another, closer. I scurried back into the trees and quickly set up. Three yelps later from my mouth call, which elicited a response each time, and a mature tom was on the ground.

On my next hunt, I shut up on purpose. Following 50 minutes of talking back and forth with a loudmouth gobbler that wouldn’t budge, I simply quit calling. Ten minutes later, he strutted into view. Bird number two was in the bag.

I returned the following week but heard no gobbling. Still, I knew birds were in the area. After cold-calling for 45 minutes and getting no response, I went silent. Fifteen minutes later, a single gobble echoed through the river bottom. Soon, a red head appeared in the brush. A couple of yelps coaxed him into a clearing. At the shot, my season was over.

Calling for 45 minutes to an hour, followed by 10 to 15 minutes of silence, was all it took to unnerve these three toms. The silent treatment will force an already lonely afternoon tom—worried that the hen he’s been hearing has lost interest and left—to make his move.

Read Next: 4 Turkey Hunting Tactics That Work When Nothing Else Will

Redesign of a Classic

Turkey hunters of a certain vintage will recall the Super Elite, one of the first purpose-built turkey vests introduced back when the National Wild Turkey Federation was young. The Mossy Oak classic had pockets where you wanted them, an inadequate seat, a game pouch for hauling out a trophy tom, and the NWTF’s patch on the breast strap.

Last year, ALPS OutdoorZ introduced a redesigned Super Elite, the 4.0, which has more pockets, a beefed-up seat, a bloodproof game bag, and updated Mossy Oak camo patterns, including classic Bottomland coming this fall. ALPS donates a portion of the proceeds from the sale of the vest to the NWTF (that patch remains) for habitat work.