After the morning gobbles quiet down, that’s when you can really score a hot tom 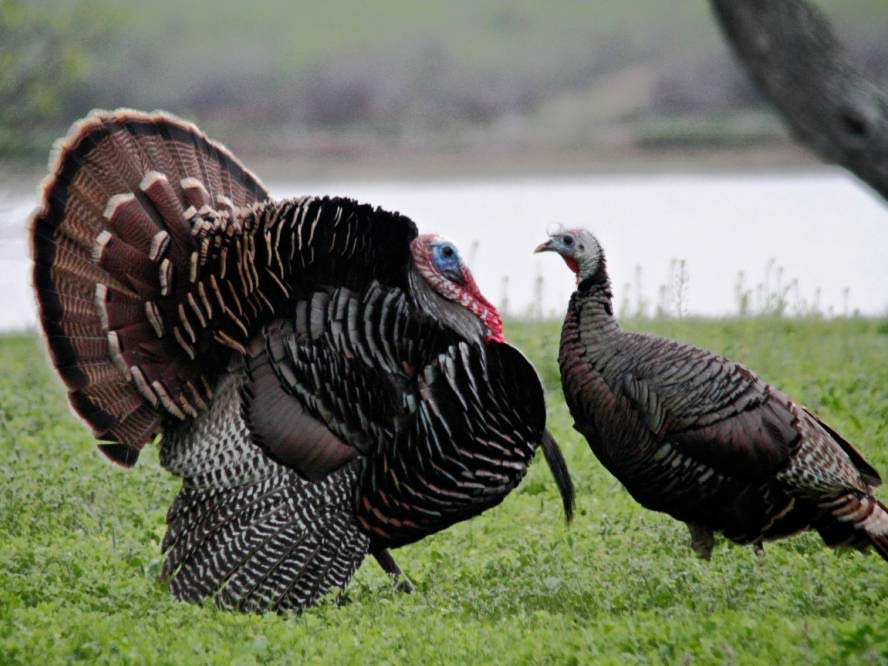 If there is something in hunting that compares to spring turkey gobbles ringing through the hardwoods at sunrise, I haven’t found it. No matter how many mornings I spend with my back against a tree, there’s always that anticipation of hearing the first tom sound off—it gets my heart racing uncontrollably. But no matter how vocal, there are many times when longbeards go silent after a morning display.

Every seasoned turkey hunter has had it happen. A turkey gobbles on the limb, answering every scratch form the slate call. He’s hooked! Or so you thought. The tom lets out a thundering rattle and you hear his wings beating down through the canopy to the forest floor. You reposition your shotgun and wait…and wait. And you never hear another peep. Now what? Call it a day? If you’re like me—unless your wife is in labor or you’re out of vacation days AND sick time—you’re not leaving the woods until shooting time is up. So when gobblers turn into ghosts, here is what you should do.

The biggest mistake a hunter can make is to hunt turkeys like they are on a schedule. One of the most successful guys I know often reminds folks he hunts with the mentality that he has “never seen an ol’ gobbler wearing a wrist watch.” There are definitely times to get aggressive and go after a bird, but I view turkey hunting like a game of blackjack. If I’m sitting on 16, I’m going to hang back and bank on the dealer busting. So, don’t get in a rush to chase a silent tom. Give that bird time to make the first mistake (which will be his last) by coming to you, especially if you are in an area where toms have been trafficking.

2. Every Property Has Strut Zones

After fly down, toms go about their morning chasing hens, feeding, and making their way to strut zones. If I know the farm I’m hunting on a particular day (which I generally do), then I have an idea of where a bird’s natural travel path is likely to take him. Hidden fields, ridges with room to see a ways, clearings along a creek… these are spots every farm has and where turkeys are comfortable. When you don’t shoot a bird off the bat, it can be tempting to pursue a gobbler in the direction you think he is headed, which can be damn tough. It’s hard enough to go undetected by those sharp eyes even when you’re tucked in the shadows. If you are blundering through his home turf, it’s downright impossible unless you really know what you are doing. My approach is to let things settle and make my way to one of these locations.

Sticking to one spot might require a bit of a wait, and can get awfully boring, but it also allows you get a good hide and steady gun rest, which is not always possible when running and gunning. Periodic calling is great, but listening is better. Springtime birds don’t always give you a warning (by gobbling) that they’re approaching. Turkey vocalization comes in many forms, and an old longbeard can be pretty fired up without a gobble. Hen yelps, wingbeats, and drumming are other things to be mindful and aware of that will alert you to nearby turkeys. Don’t doze off while you wait; you might miss these subtle sounds. Or, you might wake up to a startling gobble ripping through the timber.

4. Believe in the Process

I was playing the waiting game a few season ago in central Missouri, hunting a farm I had been on dozens of times throughout the year. There was plenty of hot action on the limb, then silence on the ground. So around 9 a.m., I moved to a spot on the back edge of the property at the convergence of three small fields surrounded by timber. This was one of those places where you expect to be in the thick of turkey traffic because you’ve seen them here so many times before. Keying in on spots like this that you’re confident in can make waiting a bit easier.

The hours passed with zero activity aside from the ticks crawling up my arms, and no responses to my periodic calling. I remember as a kid, my dad hunted this way all the time. As I get older, I’m less sure if he employed this tactic because it was effective, or because I made so much noise it was impossible to move about the woods undetected. Whatever his reasoning, I remember thinking and asking dad during these periods of inactivity “did all the turkeys die?” It was getting close to the 1 p.m. cutoff, and I made the decision to get aggressive on the calls, but never got the chance. Just as I was digging my slate and striker out, a big tom in half-strut stepped into the little creek bottom, just like I’d envisioned. I learned that day—and it has been proven many times over by killing gobblers in this manner—that turkeys are around even if they’re quiet, and you just have to have the fortitude to wait them out.

5. Get a Mid-Morning Gobbler Hot

Some mornings, I’m not in the woods at sunrise because work or other obligations won’t allow me start hunting until mid-morning. The game plan here is to hit as many places and cover as much ground as possible. In an area I know the landscape and have permission on multiple farms, I’ll hop from one to the next, making a walk through and directing call sequences into areas I think a tom might be. Turkeys aren’t naturally as vocal as the day wears on, but if you can get one rolling it’s showtime. If I strike a gobble after 10 a.m., I like my chances. If he fires back a second time, I’m looking for a tree, because he’s coming.

6. Scoring a Turkey on Public Ground

Having private options to hunt in close proximity to one another makes that style of hunting easier, but it will take more work on public ground. When I hunt out-of-state, I find a large piece of public access and take off walking. I’ve had success firing up late-day birds this way. It just takes a bit longer to cover the miles. The key is finding the right area, and never giving up, which I’m sure you’ve realized by now is a running theme of mine.

One hot afternoon in west-central Kansas, I had spent half the day on a public-land cross country trek that had not yielded a single turkey sighting. Each time I’d call, expecting to hear a bird respond, but never did. On the way back to the truck, I called in a patch of hardwoods at the base of the hillside. It looked like a place a gobbler ought to spend some time. I was two yelps into a seven-note string when a gobble rattled through the pin oaks. It was so close, you could literally feel the sound.

I’m sat right down. There was no time to find a tree or hide. I heard his feet brushing the leaves as he approached. The drumming was as loud as the high school band at halftime. Then he ripped off a gobble I’m certain delivered irreparable damage to my hearing, before stepping into the clear. It took more time, but another lesson I learned that hot, mosquito-infested morning, was you never pass up the opportunity to call at a bird where you think one might be.

A smart place to sit as the day lingers on are places toms go after a morning of breeding hens. They are hungry, and cut ag fields or deer food plots are spots turkeys will end up. A buddy of mine has a field you can pretty much count on toms showing up in between 10 a.m. and noon because they love to come scratch for grubs in the beans. He uses a hen and half-strut jake decoy, and calls sparingly. When the toms (there are typically multiple birds) emerge from the timber at least one will come in looking for a fight. He will hunt that field with a buddy and let that person shoot first, because oftentimes there’s another bigger longbeard hidden in the trees that will rush in once the first bird is shot…what a guy.

8. Sit Next to a Deer Trail

This is a tactic that can work later in the season on warm days when turkeys are on the move. But if it’s cold and windy, don’t bother, birds will be hunkered down. Basically, you are trying to catch toms transitioning from one area to another. Like most animals (or humans) turkeys will take the path of least resistance and deer trails certainly fall under that category. You don’t need a decoy or call (do bring them along just in case), but look for turkey sign–feathers, footprints, and droppings (male turkey poop is typically in the shape of a “J,” hen stool has more of a spiral shape). Now the wait is on. It can be tough to remain patient just sitting there, but if there are indicators turkeys have been using the trail, there’s a good chance one will come along. You just have to be willing to put in the time.