How to Shoot Straight with a Cold Barrel

Make the first shot from your rifle count 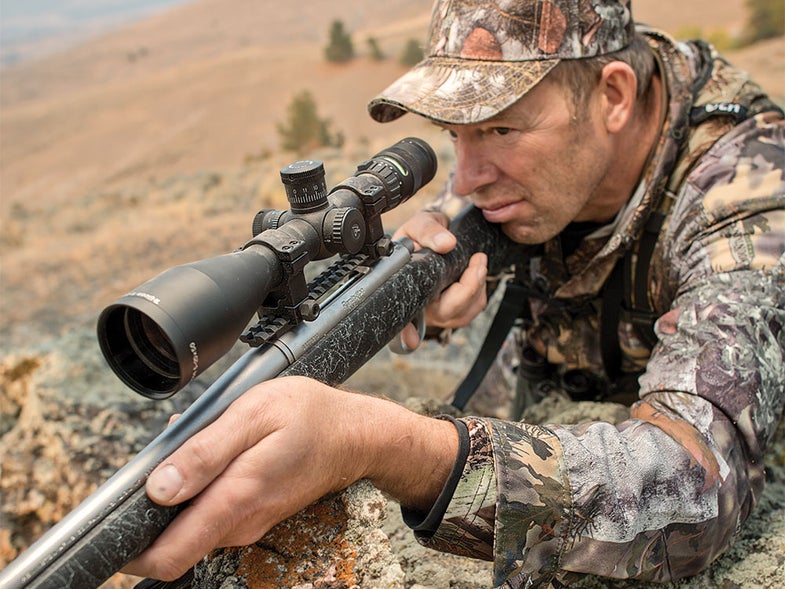 Many hunters brag about how accurately their rifles fire 5-shot groups. However, the true worth of a hunting rifle is how precisely it places its first bullet.

Several factors can determine if that initial bullet will follow your aim, but bore condition is perhaps most important because cleaning solvent, oil, or fouling in a bore can act as a slight obstruction and cause a bullet to fly somewhere other than where it was aimed.

To test this assertion, I ran some of my rifles through a series of 5-shot drills, each time making note of where the first shot landed in relation to the others. The first group was through a cleaned and oiled barrel. The next group was shot a couple of hours later through the fouled bore after it had been allowed to cool. The third group was shot after allowing the gun to sit for four days to give the fouling a chance to harden and set. Finally, I shot groups through a cold, clean bore that had the oil removed with degreaser followed by some bare patches.

My CZ 527 Carbine chambered in 7.62×39 is a handy deer-woods rifle. The rifle always throws its first bullet from a cold, clean, and oiled bore about 2.5 inches above where subsequent bullets hit at 100 yards, and did so for this article. A couple of hours later, the first and four following bullets formed a fairly tight group.Four days later, though, fouling in the bore had hardened, and once again the CZ shot its first bullet 2.5 inches high. But the rifle fired its first bullet only slightly high of four subsequent bullets with its bore scrubbed clean, wiped with degreaser on several patches to remove solvent, and dried.

My CZ 527 American chambered in 6.5 Grendel behaved pretty much the same. Its cold, clean, and oiled bore flung the first bullet about 2 inches above four following bullets. A couple of hours later, the fouled bore placed the first bullet only half an inch above the next four bullets. A clean and degreased bore stacked five bullets on top of each other.

Bore condition does not seem to affect the accuracy of some rifles. A Sisk Rifles .22/250 of mine, based on a Stiller’s Precision Predator action, groups Nosler 55-grain Varmageddon bullets tight—from .5 to .76 inches—under any circumstances.

Read Next: Shoot Better With These Simple Drills

For the tightest groups, however, a clean bore with the oil and cleaning solvent removed by degreaser is the way to go. That will give you your best first shot.