As Hunters, We Need to Take Field, Firearm, and Bow Safety More Seriously

An Instagram post with little regard for hunter safety is a stark reminder of how quickly a hunt can turn south, and why hunters need to stay vigilant 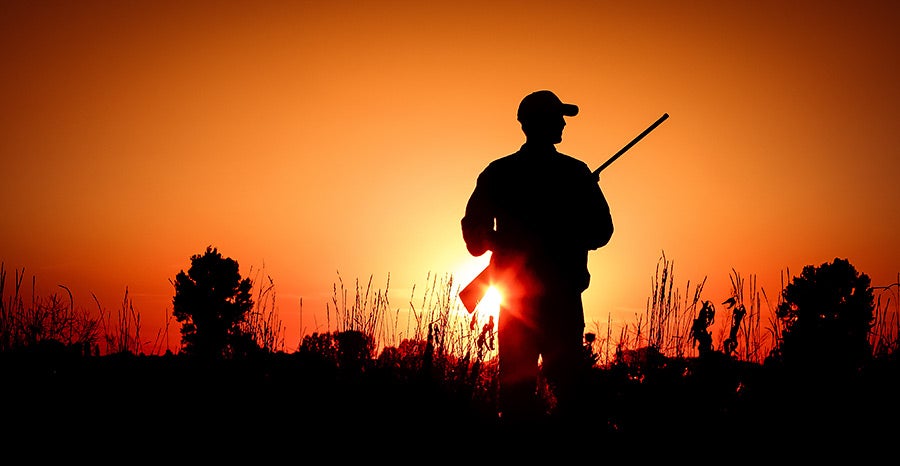 No matter where you hunt, you need to take hunter safety seriously. Oregon Sportsman
SHARE

I was in the second grade when I took my hunter education class. Despite my young age, there are still a few vivid memories from that safety training. Most of those center around hunting accidents. The instructors brought peeled barrels and blown up revolvers and rifles that we passed around that day. Instructional hunting videos dramatized fatal mistakes that we were to never replicate in the field: a turkey hunter crawling through the weeds and plugging his shotgun muzzle in the mud; a hunter who shot his buddy while taking a loaded gun out of the truck; and a kid who shot his brother while he was trying to cross a barbed-wire fence with his gun in his hand.

Recently, a bowhunting company posted a similar image on its Instagram page recently. PSE Archery posted this photo of a bowhunter hopping a fence with a nocked arrow. The caption reads: “Making moves at last light.”

PSE warned would-be scrollers with a “disclaimer” in the caption stating, “Actions performed by a trained professional, do not attempt.” Despite that disclaimer, the photo certainly doesn’t send the right message. You should never jump over a fence with a nocked arrow, let alone one tipped with a broadhead. Plus, no trained professional would ever try and snap a photo this stupid. The fact that it’s staged doesn’t make it any less dangerous for the guy hopping the fence.

The post of that same image on the photographer’s page says the photo was captured alone using a tripod. Which makes sense, because if another hunter had been there, they would have told him it was a foolish thing to do. A “rad” photo isn’t worth chancing a broadhead through the sternum by jumping back-and-forth over a fence, just to capture a product shot.

This photograph is only a symptom of what I see as a much bigger issue, which is a general lack of both attention to detail and situational analysis when it comes to hunter safety in the field. In this example, a hunter-education instructor would suggest setting the bow on the ground (with no arrow nocked) and sliding it under the fence before crossing if you’re hunting solo. If you’re hunting with a buddy, you could hand him your bow, cross, then take both your bows while he crosses.

Hunter safety is as critical today as it has ever been, and arguably more so with the influx of new adult hunters heading afield solo. Many lifelong hunters have had innumerable safety lessons and lectures before we attended hunter ed and after we passed. We had moms, dads, or mentors reprimand us when we made a mistake, or caught us before we made it. Hunter safety has become second nature to us lifelong hunters. We aren’t just following a set of rules—we know the “why” behind them. Safe hunters also have the ability to look at a situation, recognize potential hazards, and do their best to mitigate them.

But not every hunter has that background and those lifelong lessons drilled into them. Many hunting-related injuries and fatalities are the result of complacency, sheer ignorance, or random happenstance. For example, a bowhunter in Colorado was killed by a muzzleloader hunter who didn’t properly identify his target last month. I know a brown bear guide here in Alaska who was making a stalk with a client. Without telling the guide, the hunter nocked an arrow as he walked closely behind the guide. When the guide turned around to tell his client something, the broadhead ran right through the guide’s arm. And a few years ago, bowhunter Dave Brinker was on an elk hunt when an arrow fell out of his quiver and impaled his own leg. He documented the experience on social media as a cautionary tale for other hunters. Hell, even as I type this, I have a nick in my thumb from a light tap on the corner of a razor-sharp broadhead. The reality is that hunting accidents happen even to the most experienced hunters. But the less cautious you are, the more likely they are to happen or to become deadly.

A Hunting Accident Can Happen Anywhere

There are a wide range of reported hunting-related accidents and injuries. In the Midwest and East, where hunting from a treestand is popular, falls from elevated shooting platforms are common. If you’re a mountain hunter, falls in high terrain are just as likely to kill you as freak weather events. I had a close call once on a Dall sheep hunt. The weather turned nasty overnight and I had to crawl from my tent and hike down the mountain in the dark for eight hours, through pouring rain and hurricane-force winds, to survive.

According to a report in the Wilderness and Environmental Medicine Journal, a nine-year study on injuries and illnesses of big-game hunters in western Colorado showed that the single greatest cause of ER visits was cardiac issues. Of the actual trauma cases examined in the study, the most common injury (including in 16 deaths during that period) is listed as lacerations. That is followed by sprains, then injuries due to ATV or other motor vehicle accidents. Gunshot wounds made up less than 1 percent of accidents.

The Colorado study also noted the high percentage of knife lacerations mostly while skinning or gutting animals. I would venture to guess that most hunters who have handled many animals have cut themselves over the years, even if it’s just a nick. With the rise in popularity and availability of ultra-sharp scalpel knives, it’s even more critical to know how to be safe, and be aware of what you are doing. Often, you’re working on an animal in a tired, yet excited, state of mind. On top of that, you might be trying to work on a steep slope or in the rain, snow, or darkness.

Whenever you’re handling or working with a sharp knife or broadhead, a severe cut is only one misstep away. In fact, I know of one fellow who nearly died while sharpening a knife. He somehow slipped and it nicked his femoral artery. Twice in the same year, on different sheep hunts, I nearly took the end of my finger off while cutting salami in very remote country. I no longer bring un-sliced meat on backpacking trips. It’s just not worth the risk. That’s why I struggle with the message it sends when hunters take unnecessary risks, often in the name of a social media post. It shows a disregard not just for personal safety, but for setting a smart example for other hunters.

Read Next: Is It Time for Hunters and Shooters to Give Up on Social Media?

Even routine or somewhat “regular” activities you’ll do while hunting present some major risks. This is why hunter education places so much emphasis on things like keeping guns unloaded when getting in or out of vehicles, or crossing through or over obstacles (like a fence). Many of these things are taught, and reiterated, because they are historically common situations where injuries can occur. The point is that everything a hunter does should be thought about in the context of safety. Crossing a creek might seem simple enough, but even that can be deadly. In August 2021, an Alaskan sheep hunter drowned while trying to cross a glacial creek on a solo hunt.

Remember, we have a responsibility to make our best decisions when it comes to safety, to ourselves, our families, other hunters, as well as potential first responders who might come looking for us. It’s not about following a rule book, but developing an ability to see and avoid unsafe conditions, and to help others do the same.