No Shot: The Best Whitetail Bowhunters Are Still Limiting Themselves to 40 Yards

Despite the hype around long-range archery, bowhunting for whitetail deer is still a close-range game 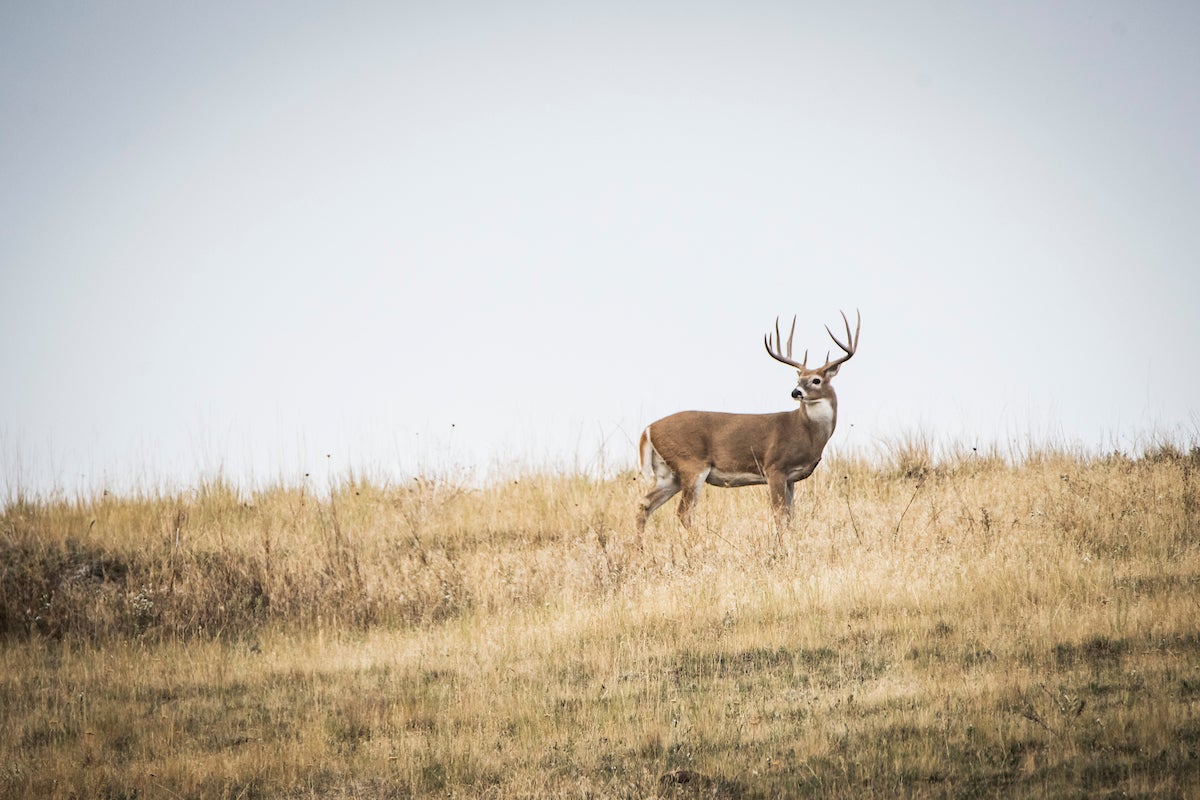 I have a secret to let you in on…perhaps the secret that will unlock everything you’ve ever dreamed of in deer hunting. On-screen hunting is mostly fake.

And still, we seem to have adopted an awful lot of “this is true” statements by absorbing what we see on a screen. Such as, “Most successful bowhunters are killing big game at extreme distances, like 60, 70, and 80 yards.” I can remember one particular instance a few years back where a big-name host launched an arrow at a critter that was about the size of a small dog in the camera’s viewfinder. That critter was an elk, and it looked so small because the damned thing was about a football field away.

The arrow, which seemed to stay in the air for about four minutes, looked pretty cool as it arced its way across the sky, its illuminated nock glowing like a beacon. Just before impact, the animal took a step. The arrow hit about the fourth rib back from the shoulder crease. The host immediately spun to the camera, grinned a bleached-white smile, and exclaimed “Smoked ‘em!” before touting how the shot simply couldn’t have been made without the use of a sponsor’s product.

I’ve shot a few deer in the liver. Never were they smoked. Long-range shots, and the acceptance of taking them on game animals, seem to be a “new normal.” But are they really? When it comes to whitetail deer the answer is decidedly, “no.”

Most of Us Are Killing Deer in the 30-Yard Range

As much hype as there seems to be around long-range bow shots, I’d wager that most whitetail deer (and to a lesser degree elk and mule deer) are killed at a range of 30 yards or less. Personally, the last half-dozen bucks I killed were standing fewer than 20 paces when I released my arrow. I don’t consider myself to be anything other than an average hunter (with significantly above-average levels of stubborn), so I would say those experiences likely mimic your own.

Now, do I think there have been many, many bow shots taken at deer further than 30 yards? Oh, hell yes. After all, there’s no sense prattling on in social media circles about your new 18-inch stabilizer and your 70-yard groups if you aren’t going to put that bravado to work in the field. So, yep, I’d say there have been plenty of shots well beyond 30 yards. But what about clean, killing hits on whitetails at that distance? Not many.

Expert Bowhunters Are Keeping It Close on Whitetails

Because of all the social media hype, there’s a misconception out there that the best, most experienced bowhunters are all taking longer shots at game. So, I reached out to the bowhunters I know who consistently kill big deer every season. I asked about the distance at which they’re killing their bucks, the average of which was about 23 yards. Yes, there were a couple bucks killed at 40 yards. But no one had taken a shot farther than that. I’m not going to name the hunters because it doesn’t really matter, and you wouldn’t recognize their names anyway. These guys are just stone-cold killers of big whitetail deer. Interestingly, I couldn’t find a single bowhunter consistently killing mature bucks with long-range shots.

The best bowhunters I know aren’t messing around with long-range wishes. They aren’t trying to show out on the Gram. They’re just doing their thing, getting big bucks in close and killing them dead.

You Have More Control at Shorter Distances

Why are the best hunters only taking those shorter shots, even if they’re capable of tight groups at 70 yards on a target? The answer is simple: Control. At 30 yards or less, I’m in control of where the shot impacts the deer. Beyond that, the animal has more control. The wind has more control, too.

At less than 30 yards, I can compensate for that by aiming at the lower third of the deer. Even if I’m off on my yardage estimate by 10 percent (which at 30 yards is either 27 yards if I estimate too far, or 33 yards if I estimate too close), I’m still going to make a lethal hit. Do that at 60 yards or more, and the result will likely be a miss or worse.

To me, however, the biggest concern isn’t arrow drop. The real problem is the very likely possibility of an animal moving while the arrow is in flight.

An arrow traveling 350 fps takes roughly one second to travel 116 yards. Of course, that would mean the arrow must maintain that 350 fps speed throughout the course of its flight. It doesn’t. Depending on your broadhead and fletching setup, the arrow is going to lose varying amounts of speed. Also, most hunting rigs aren’t slinging arrows at 350 fps. So, let’s be generous and say it’ll take 1.5 seconds for the arrow to reach its target at 80 yards. Now do a little test. Grab your phone and hit the timer on it. See how far you can move in 1.5 seconds.

Long-range shooting looks great on social media or when it’s done on the range. There’s real value in practicing at long ranges, plus it’s just fun to drop arrows into a foam target from 70 yards.

But in the whitetail woods? Shooting at long range is a great opportunity to wound an animal. In real life, these mistakes shouldn’t be made, and the best bowhunters simply aren’t willing to make them.