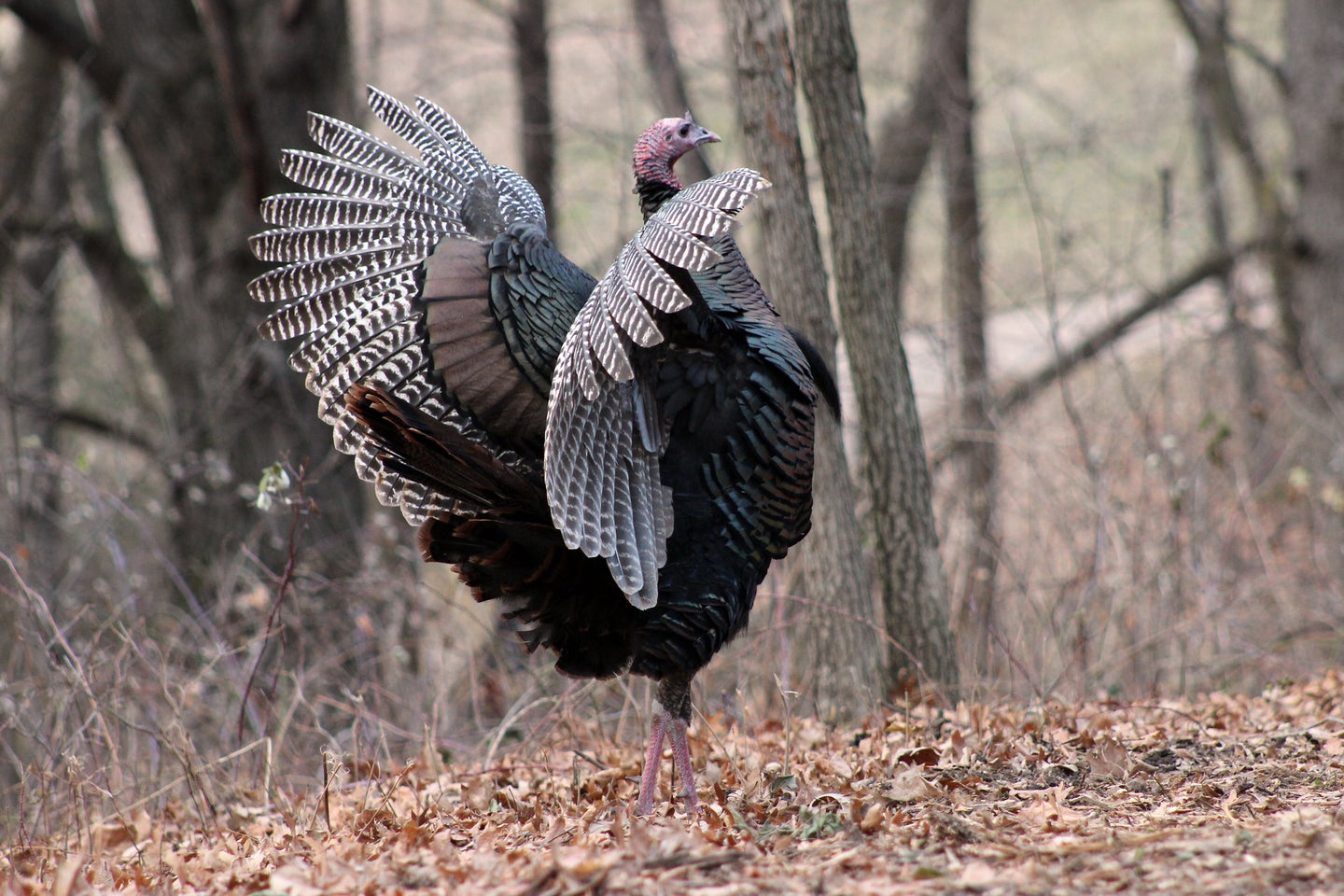 The new restrictions are meant to help protect wild turkey populations in the state. USFWS
SHARE

Pennsylvania turkey hunters will have new weapon restrictions starting this fall. A regulation approved by the Pennsylvania Board of Game Commissioners prohibits the use of muzzleloaders, slug guns, and handguns (all single-projectile firearms) during the fall turkey season. This means that shotguns and archery gear are now the only legal means of harvest. Hunting turkeys with centerfire rifles was banned in Pennsylvania last year. The new restrictions should take effect in six weeks upon publication in the Pennsylvania Bulletin, according to North-Central Pennsylania News.

Wildlife managers say the change was enacted to protect declining wild turkey populations within the state. The new restriction aims to address population concerns while still providing hunters with a full-length season. The fall season is the only time PA hunters are allowed to take hens, which are key to restoring a turkey population.

“Turkey populations have been declining in most of the state, except for the western and southwestern part of the state,” Pennsylvania Game Commission wild turkey biologist Mary Jo Casalena told The Tribune-Democrat in April. Casalena is working on a four-year hen study that seeks to identify why populations have changed over the years. “They’re doing OK, but they’re definitely down from what they used to be, that’s for sure.”

In a story this year with the Tribune-Democrat Casalena said the state turkey population could be declining because of a combination of factors, including predation, pesticides, avian flu, habitat, and weather.

Pennsylvania’s current wild turkey population is estimated at 200,000. While that’s enough to sustain current hunting seasons, the state is continuing its efforts to restore populations. In the past, managers have done this by shortening seasons, but last year the commission also eliminated the use of centerfire and rimfire rifles during the fall season. This was mainly due to their effectiveness, as commissioners found that while relatively few hunters use rifles, they accounted for up to one-third of the overall turkey harvest in some years. Commissioners also say the new rule will help simplify turkey hunting regs going forward.

“Fall turkey season length in a given wildlife management unit often varies from one year to the next because of adjustments intended to meet turkey population goals,” said Commissioner Michael Mitrick, who represents District 6 in southcentral Pennsylvania. “But with this change, one thing is constant: regardless of the season or where you’re hunting turkeys, only shotguns and archery gear are allowed. It can’t get much simpler.”

While Pennsylvania may be limiting weapon choice when it comes to turkey hunting, other states still allow turkeys to be harvested by rifle, including Colorado, Florida, Maryland, Missouri, Montana, Oklahoma, Utah, Virginia, West Virginia, Wyoming, and parts of Texas. Pennsylvania’s neighboring states of New York, New Jersey, and Ohio do not allow turkey hunting with rifles or handguns. Most dedicated turkey hunters choose to hunt with shotguns or archery gear anyways, but allowing rifles during the fall creates an opportunity for deer hunters to shoot turkeys when the seasons overlap.