Public Hunting on Private Land: Here’s Where to Look This Turkey Season

Wisconsin added 7,500 acres of private land for spring turkey hunting this season. Does your state have similar opportunities? 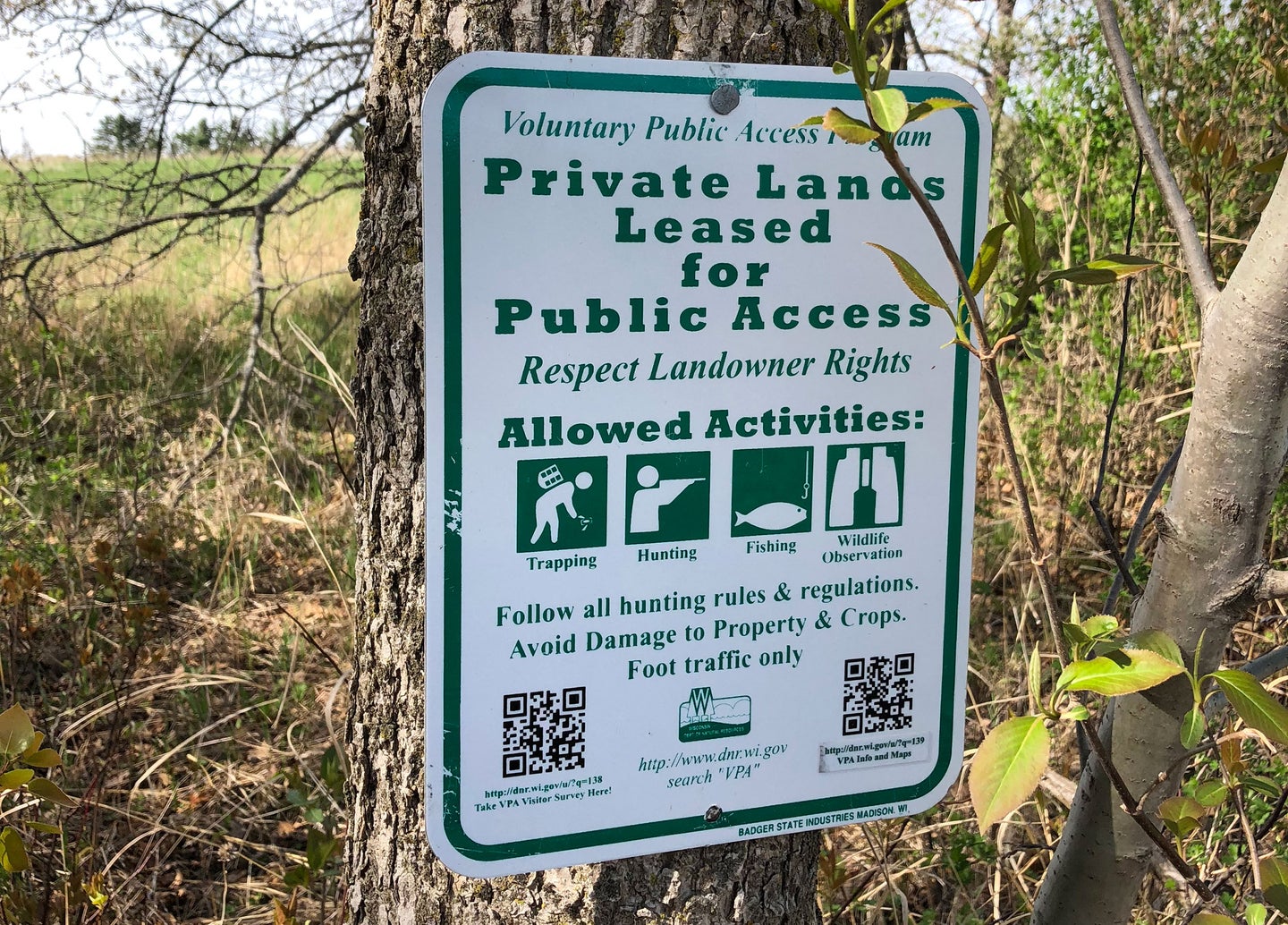 Wisconsin turkey hunters have an additional 7,500 acres of private land open to them this spring thanks to a pair of innovative land partnership programs that is greatly enhancing hunting access throughout much of the Badger State.

That brings to a total of almost 38,000 private acres open to spring turkey hunting this year. It’s all available to any licensed resident or non-resident hunter, according to Cody Strong, coordinator of the program for the Wisconsin Department of Natural Resources (DNR).

One land access system is Wisconsin’s Turkey Hunting Access Program (THAP) that provides financial incentives to private landowners who allow entry on their property to hunters. Spring turkey hunting is the only activity allowed on THAP properties.

The second program is the Voluntary Public Access and Habitat Incentive Program (VPA-HIP), which provides financial incentives to private landowners who open their property to public hunting, fishing, trapping and wildlife observation.

“Much of this land open to public turkey hunting on private property is in the southern half of the state, chiefly in state management Zones 1, 2 and 3,” says Cody Strong. “This part of the state has good turkey populations, and not as much land for public hunting as the northern half of Wisconsin.”

Private Land Hunting in Other States

Many other states have similar private-land access programs. If you’re expecting a busy turkey hunting season in your area, it’s worth checking them out. For example, South Dakota, Minnesota, and Kansas have Walk-In Access hunting programs. Nebraska calls its program Open Fields and Waters, which provides access on 346,000 private acres. Iowa offers more than 20,000 acres in its IHAP program and Illinois has 24,000 acres in its IRAP program, and Missouri Department of Natural resources has a pretty useful map highlighting private lands open to hunting under its MRAP program.

Private Land Hunting in the Northeast

But this isn’t just an opportunity for Midwest turkey hunters. There’s a longstanding tradition of public access on private ground in the Northeast. New York has some 900,000 acres of privately owned conservation easement land, some of which is open to public hunting. Pennsylvania has had a Hunter Access Program for more than 80 years. The program now covers 13,000 separate parcels of private lands and offers more than 2.18 million acres of hunting. Then there’s Maine, where 94 percent of forest land is privately owned, but more than half of that land area is open to the public, according to Maine Department of Inland Fisheries and Wildlife. In total, landowners voluntarily open up more than 10 million acres of working farms and forests.

On any of these private lands, turkey hunters must abide by all state game laws and licensing requirements, and sometimes a few additional ones, such as walk-in access to private properties, and all blinds, decoys and other hunting gear must be removed daily from private property.

In Wisconsin, hunt property locations are not difficult to pinpoint, according to Strong. There are two good methods he recommends, one is searching state county listings on the DNR website. The second method is via Google Maps, which offers interactive maps of available properties that can be printed out for use by turkey hunters.