The two alligators were pulled from Lake Marion and Lake Moultrie 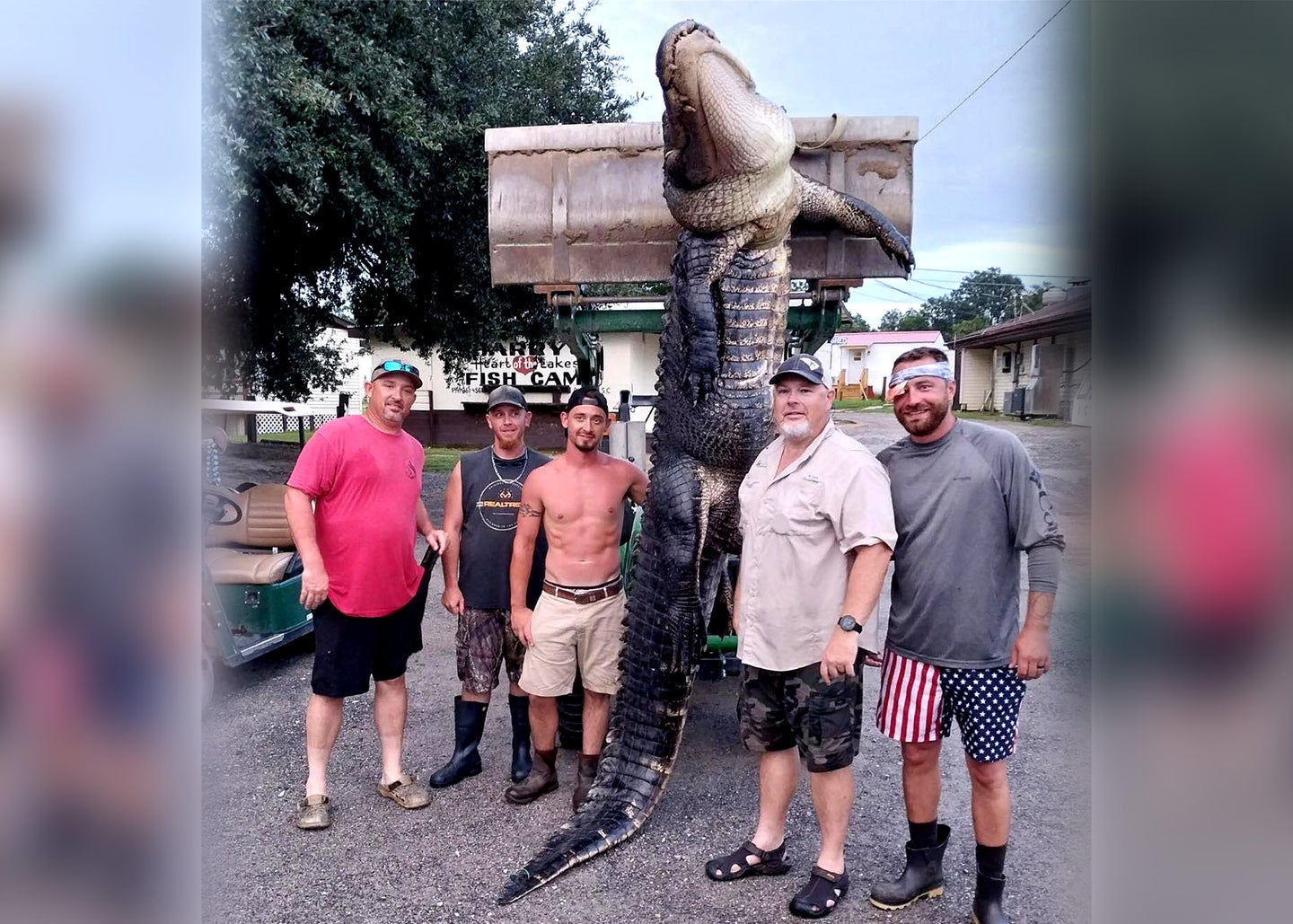 Last Saturday, Sept. 10, was a day for big alligators in South Carolina’s Santee-Cooper Lakes Complex. Two separate groups of hunters each pulled a giant, 13-foot gator out of the lakes that afternoon.

The first oversized alligator was taken by Daniel Cunningham, of Laurens County, South Carolina, who was hunting with his pals Michael Wilson, Rick Jones, Houston Motes, and Russell Lusti. The group put their boat in at Harry’s Fish Camp, which is located on Lake Marion.

“It was opening day [of alligator season] and we started right at noon,” Cunningham told Carolina Sportsman. “We rode around the lake a bit, saw a couple of gators. Sat waiting on a couple but didn’t have any luck. After a while, we saw a good one and actually got a hook into him, but it came off.”

The group of hunters then weathered a thunderstorm on the lake and got soaked in the process.

“In the midst of that storm, we saw the big gator,” Cunningham said. “When we got close to him, he went down. He came back up, we got a little closer and he went back down again. We sat tight for about 30 minutes, and he came back up.”

This gave Cunningham an opportunity to cast a large hook into the gator. A fierce battle began that dragged on for hours.

“It felt like a whole evening, but it was about two hours,” said Cunningham.

The hunters dispatched the gator and took it back to Harry’s Fish Camp for processing. The gator measured 13 feet, 4 inches in length, but it wasn’t weighed because the hunters had two more gator tags and they wanted to get back to hunting. The meat and hide will be processed, and a head mount of the massive reptile will be made.

“I was just in the right time and the right place and had a lot of help,” Cunningham said.

Read Next: This Alligator Strapped to an SUV on I-95 is the Most Florida Thing You’ll See Today

That same day, alligator hunters Jeff Hobday and Paul Burdick headed out on Lake Moultrie, which is connected to Lake Marion by a canal. Together, the two lakes are known as the Santee-Cooper Lakes Complex. Known for great fishing (and now giant gators), the lakes are part of the Santee and Cooper River systems.

Details of Hobday’s and Burdick’s hunt are limited. But according to ABC-15 News in Myrtle Beach, the pair caught a huge, 13.5-foot, 825-pound alligator.

“We have caught a couple 10-to-11 footers in the past, ” Hobday told the local news station. “Most of the time they weigh around 400-pounds. This was the biggest one I have ever caught by far.”

They took the gator to 301 Deer & Wild Hog Processing and Taxidermy to be weighed and measured.

“The tail and jaw meat (are) the most usable,” Hobday said. “The meat from the body has a lot of fat so we took it to get processed and we are having the skull removed and bleached.”