Mountain Lions in Michigan: Another Confirmed Cougar Sighting Makes For 10 This Year 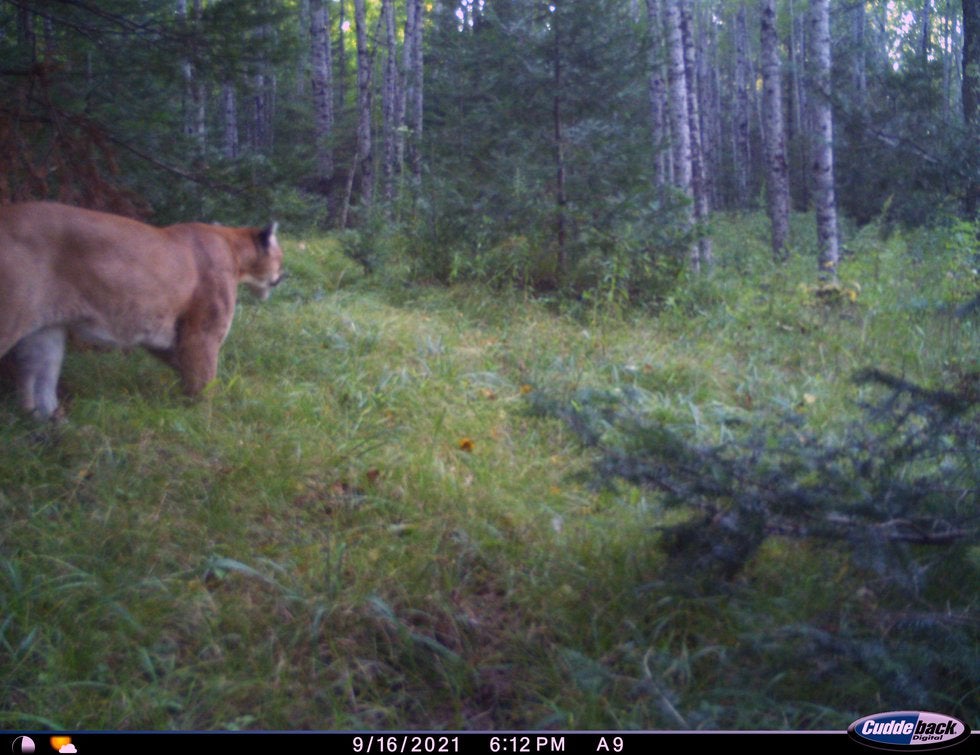 Michigan Department of Natural Resources wildlife biologists confirmed that a trail camera photo of a mountain lion strolling through an open area of woods is legit. The photo was taken in Dickinson County in Michigan’s Upper Peninsula in September.

“On Sept. 16, 2021, a trail camera photo was taken of a cougar in southern Dickinson County,” reported Cody Norton, large carnivore specialist for the DNR. “This is about 50 miles from where a July 20 video was captured in Baraga County.”

According to Michigan Fox affiliate TV-6, a DNR team of biologists that investigates cougar reports had seen the trail cam photo, but initially couldn’t confirm the source or location o fwhere it was taken. However, the team was able to investigate the report after the owner of the photo saw a newspaper story about it and contacted DNR.

Ten mountain lion sightings have now been confirmed in Michigan’s Upper Peninsula in 2021, according to the DNR. This includes three from Dickinson County, two from Marquette County and one each from Baraga, Delta, Houghton, Luce, and Schoolcraft counties.

Michigan now has confirmation of no less than 74 mountain lion sightings in the state over the last 14 years. It’s important to note the predatory cats range widely, so photos and sightings of the same cougar can be made in a number of locations.

The highest number of Michigan cougar sightings has occurred during the past three years. Eleven confirmed panther sightings were made in 2019, 15 mountain lions were spotted in Michigan in 2020.

DNR officials say the greater use of cameras by hunters and others is adding to the increased number of cougar reports.

At least one confirmed sighting of a Michigan mountain lion has been made in the Lower Peninsula. That cat was photographed in June, 2017 in the Rose Lake State Wildlife Area in Bath Township, near Lansing.

Michigan’s DNR says cougars in the state have migrated from the West. According to Cody Norton, DNA analysis confirms cats have dispersed into the state from Nebraska, South Dakota, and Wyoming (likely traveling through Minnesota and northern Wisconsin).

While mountain lions are native to Michigan, their numbers diminished to almost zero by the 1900s. The animals are protected by state law as an endangered species.