Access in the Crazy Mountains and Colorado: When Private Owners Open Public Land

The case of a lone bowhunter willing to risk arrest to access public land appears to be leading to a... 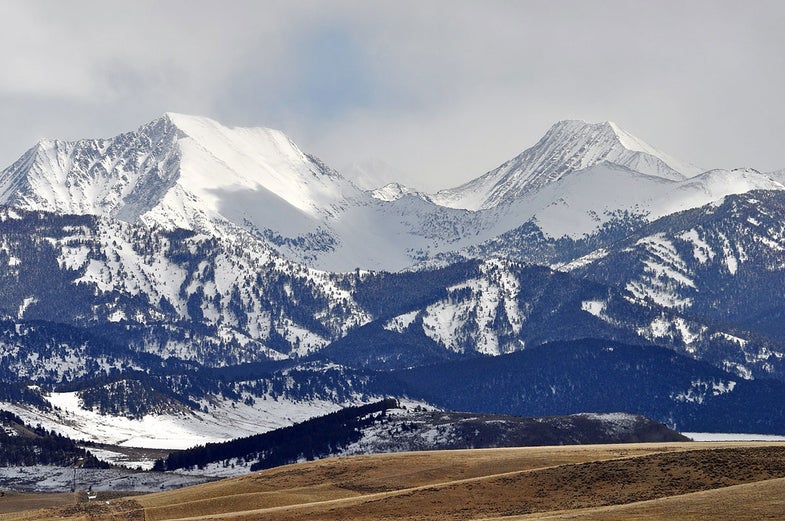 The case of a lone bowhunter willing to risk arrest to access public land appears to be leading to a win-win compromise between outdoors enthusiasts and a private landowner in Montana’s Crazy Mountains.

The rugged core of the Crazies is public land—the Gallatin National Forest. However, they are surrounded by privately owned ranch land. Historically, there were trails that crossed private ground to get to public ground. Many experts believe that since these routes have a century of legal precedence, they are open to the public.

Gregoire tested that by hiking across private land to hunt public land. He returned to the trailhead to find a sheriff’s deputy and a ticket. Rather than rack up expensive fees in a legal battle that could have lasted decades, he ended up paying the penalty.

However, the story does not end there. The landowner has proposed moving the trail to cross another portion of his property so the public can still reach national forest on an alternative route. Gregoire, and sportsmen’s groups including Backcountry Hunters & Anglers, Rocky Mountain Elk Foundation, and local conservation groups, are engaged in the Forest Service process.

The U.S. Forest Service is now formally reviewing the proposal, including taking in public comments on the topic.

The re-route would require about eight miles of new trail, costing perhaps $180,000 to build. Some critics say the public and the Forest Service should stick to its guns and fight for the original trail.

“There are a lot of details that need to be worked out on the trail reroute, but it is an option that we should thoroughly investigate before resorting to litigation,” Gregoire told me.

Here’s one recipe in the conservation cookbook: Take a conservation-minded landowner, add the Rocky Mountain Elk Foundation and Colorado Parks and Wildlife (CPW). Mix in funding from a state program. Shake-and-bake to permanently protect 2,677 acres of vital elk habitat in northwest Colorado.

“We are grateful to Rick Tingle for placing a conservation easement on his Louisiana Purchase Ranch,” said Blake Henning, RMEF chief conservation officer. “Additionally, this project highlights the critical need for the Colorado Wildlife Habitat Program and its Habitat Stamp which supplied important funding to help push things through to the finish line.”

Colorado boasts more elk than any other state. At the same time, the human population is booming and expanding its impact on wild habitat.

CWHP provides a means for CPW to work with private landowners, local governments, and conservation organizations to protect important fish and wildlife habitat and provide places for people to enjoy opportunities to hunt and fish.

Henning said the Louisiana Purchase Ranch is particularly important because it is surrounded by state and Bureau of Land Management land, and provides migration routes between summer winter range for elk and mule deer alike.

Access is improved to surrounding public lands because the landowner will provide perpetual unlimited permission to public hunters for a 25-day period each year with drive-through access. In addition, he signed off on a 10-year CPW agreement to provide access for six elk and/or deer hunters on lands off County Road 23 for a three-day window during Colorado’s third rifle season.